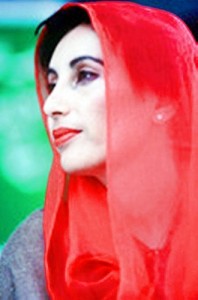 The incoming PPP–led coalition will face the task of overcoming gruesome economic challenges that their predecessors have left the country with. It is rather ironic that a PPP government should find itself in this position. This was precisely the situation in which Benazir Bhutto inherited the government in 1988 and 1993. She was forced to undertake major economic reforms to put the economy on the right track. And she did manage swift gains, albeit whose benefits were never fully realized by the people of Pakistan thanks to the policy reversals of those who succeeded her.

I knew Benazir Bhutto since April 1977 and had the privilege of serving as her Energy and Economic Advisor during both her terms in office. Space will not permit account of her personal traits, and I am sure there are others who enjoyed much closer friendships and nearness to her than me. What I would however dilate on is an aspect of her personality that made her stand completely apart from all the rival political leaders: she was a leader with a clear vision for her country; a democratic and economically strong Pakistan where human rights were protected and which acted as a source of regional stability and global peace. It was this vision that motivated her politics and inspired her struggle for revival of democracy in Pakistan.

The world knows her for her struggle for democracy in a Muslim country, but there is less appreciation of her contributions to economic and social development of Pakistan. Indeed, this side has often been eclipsed by a vicious and malignant propaganda against her integrity and baseless allegations of corruption during her two tenures as prime minister. It is time to let the world know of her prudence in handling sensitive economic issues while she was at the helm of affairs. I will confine myself to one area — energy– in which I was directly involved and where her contributions were most striking.

While the PPP never received credit for the transformation of the country’s beleaguered energy sector–in fact it was heavily criticized at the time–, it is only now that people are realizing the loss that the IPP policy’s abrupt reversal has caused to the 160 million citizens of this country. Benazir’s 1994 energy policy was a comprehensive, coherent and futuristic vision of energy needs of the country and an action plan to meet those needs, formulated after extensive consultations with all relevant stakeholders. The policy met with phenomenal success. 6,500 MW, with an investment of roughly $6.5 billion, largely by foreign private investors, were added to the national grid. All projects were awarded through a transparent and competitive process on first–come–first–serve basis. Each project had the same tariff, power purchase agreement, and fuel supply agreement. There was no discrimination towards any project; this is important to note as the controversy that was created around this issue presented a much different picture once the PPP government fell.

It would be no exaggeration to state that during the last ten years Pakistan has essentially lived off this effort in the power sector. Not a single mega watt of power has been added at the behest of the post-Bhutto governments. The single most significant addition of power through the 1200 MW Ghazi Barotha power project was also due to Ms Bhutto who lifted this project from the cold storage of the Planning Commission and put it on the fast track for implementation. It was in September 1995 that the financial arrangements for GB project were firmed up with the World Bank.

No sooner was this policy unveiled that a storm engulfed the power sector, as the five decades old monopoly felt threatened and scared of losing its nuisance in the economy. Leading lights of its senior and middle level officers overtly and covertly began a smear campaign that gradually succeeded in bringing the matter into the political field. Soon the issue was not deliberated on its merit or evidence of a misdoing, but on political grounds, with Bhutto supporters defending the policy and Nawaz supporters maligning it with all sorts of pejorative terms.

Foreign investors were subjected to such humiliating treatment that many sold out and left while others had to seek protection from their governments. Investor confidence suffered an irreparable loss. There is no investment in Pakistan from international bankers in infrastructure projects since 1996. The result: despite several polices post–1994, the national grid’s capacity remains unchanged since Bhutto left office.

It is a shame that an economic matter was turned into a political battle ground and in the process inflicted incalculable damage to the economy. Today the economy is loosing billions due to loadshedding. Could anybody explain why after ten years Pakistan is facing a much worse peak–time shortage of power of 4,500 MW when at the time of the 1994 policy the shortage was merely 2500 MW? Could someone also explain what would have been Pakistan’s fate had the IPPs set up under Benazir’s government not contributed 6,500 MW to its supplies? Could someone give an additional explanation as to the logic behind WAPDA’s re–entry in the business of power generation after 14 years of absence, and that too when it has been corporatized and many of its generation units are marketed by the Privatization Commission as prospective units for sale? Are we not returning to the familiar old ways where monopolies were roaming the economic landscape and thriving despite inefficiencies!

Failure of present government to get any private investment in the power sector has compelled it to sign rental lease agreements for used / second hand power stations. The confidence of foreign investors in Pakistan is so low that the suppliers have demanded, and obtained from the government, three–year lease payments in advance in form of standby letters of credit. What a different landscape from the Benazir days!

Benazir stood as a beacon of light for all those who would like to see Pakistan emerge as an economic power house. From tax reforms to disciplined spending, from tariff rationalization to introduction of privatization through broad based selling of small shares, from social sectors to community development, from infrastructure development to creating a name for Pakistan in the international market, Ms Bhutto has shown what it takes to move on a determined path dictated by the imperatives of objectives. If she was allowed to complete her terms in office, Pakistan’s history would have been different. In her we have lost perhaps the most remarkable, unique, renowned, acclaimed, famous and internationally respected leader.

Click here to post a comment
Democracy is the path and solution – by Naveed Ali
Book Review: A thousand and one tales of terror- by Dr Mohammad Taqi