The piece examines the TTP’s media productions and the movement’s shift toward having its media distributed to jihadi-takfiri Internet forums via the Global Islamic Media Front (GIMF), a long-established jihadi-takfiri media and translation network. The writer argues that this shift toward GIMF distribution is further evidence of the TTP’s transnational inclinations, which stand in marked contrast with the essentially parochial Afghan Taliban(s). 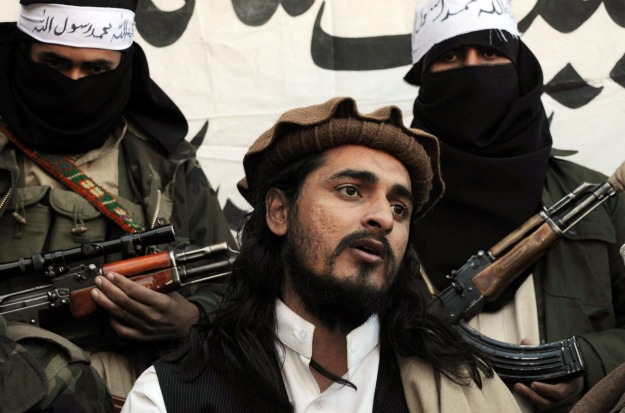 One month after acknowledging that al-Qaeda Central’s (AQC) founder and leader Osama bin Laden had been killed by the U.S. military, the Tehrik-i Taliban Pakistan (TTP) this week issued a written statement eulogizing him and threatening revenge attacks on the U.S. and Pakistani governments (they also expressed their support this morning for al-Qaeda’s new leader Ayman al-Zawahiri). The TTP, an umbrella movement for dozens of militant outfits operating in Pakistan’s Federally Administered Tribal Areas (FATA) and Khyber-Puktunkhwa province has already carried out a number of deadly attacks throughout the country since mid-May, including the brazen May 23 attack on the Pakistani Navy’s Mehran base in Karachi. With estimated numbers of its fighters in the thousands, the TTP and other Pakistani militant groups based in the Punjab are arguably among the best-placed of AQC’s allies to launch “revenge attacks” in bin Laden’s name. The statement’s distribution online via the Global Islamic Media Front (GIMF), a long-established transnational jihadi media and translation network, is significant, suggesting that the TTP continues to embrace elements of both transnational militancy and domestic insurgency.

The written statement is signed by Omar Khalid Khorasani, the TTP leader in the FATA’s Mohmand agency. Its June 8 release follows a June 6 Reuters report based on video-taped responses by Khorasani to questions posed to him by the news agency, in which the TTP leader says that recent attacks in Pakistan are just the beginning of a wider campaign of planned revenge attacks. In his statement, Khorasani dismisses claims that Bin Laden’s killing will adversely impact the “ideology of jihad,” attacks the Pakistani government and Inter-Services Intelligence (ISI) agency, and states that the TTP remains allied to AQC and the Afghan Taliban.

“The idea that the Jihadi groups have weakened after the departure of Sheikh Usama [bin Laden] is totally, baseless,” he writes. “The ideology which Sheikh Usama bin Laden preached and the inspiration he gave to fight the global forces of infidelity not only continues to linger in our souls, but has grown much stronger.” Khorasani continues, “The ideology of Jihad was not something introduced by Sheikh Usama, but rather something taught to us [the Muslims] over fourteen hundred years. This ideology was not shaken by the departure of [the] leader of humanity, Muhammad, from this life, and it will never weaken by the martyrdom of any other leader.” Muslims generally and the TTP specifically have, according to Khorasani, embraced the transnational idea of jihad espoused by bin Laden: “Before the Jihad of Sheikh Usama, the Muslims sufficed with localized Jihadi movements, but now, his ideology of fighting a global Jihad against the forces of infidelity has penetrated into our very souls.”

Khorasani also claims that Pakistan’s Pashtun tribes have united behind the TTP in support of AQC and other foreign fighters. His claims, however, are belied by the fact that the TTP, despite its widespread networks in the tribal regions, continues to face substantial opposition from strong elements within the tribes. This has proven to be a concern to senior TTP leaders, who have called on tribal leaders to support them. The most recent such appeal was an Urdu letter dated April 19 that was distributed on jihadi Internet forums and presumably also on the ground. In it, TTP deputy leader Wali ur-Rehman Mehsud warns Mehsud tribal leaders against allying themselves with the “Crusaders and apostates” against the “mujahideen.” Doing so, he writes, will result in their punishment in Hell and disappointment in this life, since, as he claims, it has repeatedly been established that the Pakistani government will not fulfill its promises to the tribes.

However, the statement’s online distribution via the GIMF is as, or even more, noteworthy than the statement itself, because it suggests that the TTP is attempting to further embed itself within the transnational jihadi milieu while continuing to wage what is largely a domestic insurgency and campaign of terrorism within Pakistan.

The eulogy was distributed on transnational jihadi Internet forums by the Al-Qadisiyyah Media Foundation, which was launched in January as a branch of the GIMF. The GIMF is best known for producing translations of media material such as videos, audio messages, and written statements and essays released by AQC, its regional affiliates, and regional allies such as the TTP. In the past, the GIMF has focused primarily on translating Arabic, Urdu, and Pashtu materials into English and other European languages.

The founding of Al-Qadisiyyah marked the beginning of a new GIMF focus. In addition to its previous emphasis on translating transnational jihadi materials into European languages, the GIMF began to produce and distribute, via al-Qadisiyyah, primary source translations and original media materials in languages from South Asia, such as Urdu, Hindi, Bangla, Pashtu, and Persian. In its statement announcing the new media outlet’s launch, the GIMF noted that “the media [has become] one of the most important weapons in modern warfare” and, because of this, the GIMF hopes to broadly spread the message of transnational jihad to what could be termed “untapped markets” for jihadi propaganda. Al-Qadisiyyah materials are distributed on transnational jihadi Internet forums through the Sada al-Jihad (Echo of Jihad) Center of the GIMF, as are media materials produced by Somalia’s Islamist-insurgent movement Harakat al-Shabab al-Mujahideen (Movement of the Warrior-Youth).

The new outlet takes its name from the Battle of Qadisiyyah, a famous battle that took place in November 636 that resulted in a Muslim victory over a much larger army of the Sassanian Empire, opening the door to the Arab-Muslim conquest of what is now Iraq and Iran. In the statement announcing the founding of Al-Qadisiyyah, the GIMF also invoked Muhammad ibn al-Qasim, a 17-year-old Muslim general who led the Umayyad dynasty’s conquest of Sindh and Punjab. The young commander was arrested and killed as a result of Umayyad Caliphate court intrigues over succession and has since become a regional saint to many Muslims. Al-Qasim is invoked in an Urdu jihadi nasheed (rhythmic recitation or song) that was used most prominently in the TTP video showing Hakimullah Mehsud and the Jordanian medical doctor and jihadi essayist-turned suicide bomber Humam al-Balawi, who killed seven CIA officials and a Jordanian intelligence officer in a December 2009 attack inside a U.S. military base in Khost, Afghanistan.

Al-Qadisiyyah has also started distributing media materials on transnational jihadi Internet discussion forums, including Arabic and English forums like Ansar al-Mujahideen, the Urdu-English forum Jamia Hafsa, and the Urdu Bab-ul-Islam forum, issued by the TTP’s in-house media organ, Umar Studio. Since the beginning of the year, Al-Qadisiyyah has released several statements in Arabic, English, and Urdu and videos in Urdu and Pashtu from the TTP. Previously, TTP media materials were either released directly through Umar Studio or distributed by various Urdu and Pashtu-language media outlets and distributors such as al-Moqatel.

The move to GIMF distribution of TTP media materials is not surprising, considering the Pakistani movement’s long-established ties with AQC and other foreign militant movements, such as the Islamic Movement of Uzbekistan (IMU). GIMF distribution, however, needs to be contextualized and not misinterpreted. The TTP, like Somalia’s Harakat al-Shabab, retains local networks throughout Pakistan in which its statements and media is distributed, including contacts with the Pakistani press corps. These local networks are the backbone of the TTP’s media campaign, whereas media released via Al-Qadisiyyah is likely aimed to a large degree at an external audience, namely denizens of the Arabic jihadi Internet forums, as well as forum-goers from non-Arabic-speaking countries.

The TTP still has numerous other avenues through which to distribute its media materials. Like Harakat al-Shabab and the IMU, the TTP maintains an independent media outlet and production capability, though AQC’s Al-Sahab Media Foundation has released a number of high-profile videos with senior TTP leaders, confirming the close alliance between the two groups. However, both Harakat al-Shabab’s Al-Kata’ib (The Brigades) Media Foundation and the IMU’s Jundullah (God’s Soldiers) Studio release videos independently, and the former also maintains a network of local media outlets in Somalia including terrestrial radio and TV stations.

The fact that TTP and Harakat al-Shabab media materials and statements are distributed on the transnational jihadi Internet forums via the GIMF and not the Al-Fajr (The Dawn) Media Center is also significant. The latter distributes all statements and media releases from AQC, al-Qaeda in the Islamic Maghreb (AQIM), al-Qaeda in the Arabian Peninsula (AQAP), and the Islamic State of Iraq (ISI). Of the two distribution and media networks, Al-Fajr is also believed to have the closer relationship with AQC and its regional affiliates. Thus, GIMF distribution, while noteworthy, demonstrates in part that the TTP and Harakat al-Shabab are not AQC “affiliates,” though this connection is often suggested or claimed in the media. Rather, the TTP and the Somali insurgents share some elements of AQC’s ideology, particularly with regard to a peculiar interpretation of militaristic jihad, but remain independent or complementary movements.

Differences in media distribution also highlight that there remain significant ideological and tactical differences between the TTP and the Afghan Taliban. Although both the TTP and Afghan Taliban network centered, at least symbolically, on Mullah Muhammad Omar maintain independent media capabilities, the latter has held onto a much more thoroughly independent media apparatus and has not formed a close relationship with or released media through As-Sahab. The Afghan Taliban’s media network includes several regularly-updated web sites and monthly Internet magazines, as well as in-house media production organs, chief among them Al-Emarah (The Emirate) Studio.

These differences provide limited evidence of the very real, and perhaps growing, ideological and operational divisions between the Afghan Taliban and the TTP, though cooperation on some level does continue. The Afghan Taliban remains essentially a parochial Islamist-insurgent movement, whereas the TTP is a hybrid movement combining both local insurgency with elements of transnational militancy. The former is also opposed in theory to attacking the Pakistani state writ-large, whereas the TTP has no such qualms (though recent attacks against Pakistani security forces in the country’s northwest may have involved Afghan Taliban fighters). Recognizing these differences is vital to formulating an intelligent and viable set of policies in both Pakistan and Afghanistan, particularly with regard to the two Taliban movements. Of the two, the TTP has most clearly operationally shown a desire to participate, in a significant form, in AQC’s transnational war and the Pakistani movement’s shift to distributing media material via the GIMF is yet another sign of its self-embedding within the transnational jihadi milieu, while still holding on to its local identity.

Christopher Anzalone is a doctoral student in the Institute of Islamic Studies at McGill University where he studies modern Muslim socio-political movements, Shi’ite Islam, and Islamist visual culture. He blogs at Views from the Occident and Al-Wasat.