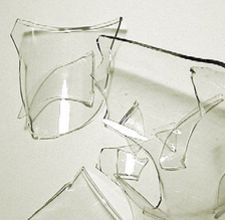 The incompetency and dual standards of the some in the Pakistan Armed Forces have shattered the myth of the military might and its manufactured moral superiority.

A disaster after disaster has put the military and it’s Chief General Ashfaq Pervez Kayani under tremendous pressure coming from all sides.

They are facing the heat from Pakistan’s foreign sponsors for not doing enough, and on the domestic front rightwing political parties and a section of the media are criticizing the generals for not bringing the ‘desired changes’.

President Asif Ali Zardari has come to defend the besieged generals. Before him, Prime Minister Zulfiqar Ali Bhutto did the same when he had supported the defeated army. The military, however, made an example of Bhutto because small and arrogant generals could not tolerate a tall, strong and independent civilian leader who had a brain, too.

President Zardari has offered his shoulder to generals at a time when the military is in a bigger mess. Last 30 years’ policies of ‘wise’ generals have turned the whole world against Pakistan. Perhaps this isolation has led the generals to seek support from their traditional ‘enemy’, the Pakistan People’s Party. It is yet to be seen if the change of heart in the military’s top brass is in the larger interest of Pakistan, or a mare tactical move to buy time.

But even the apparent change in the military’s approach has sent shockwaves among Pakistan’s rightwing political parties and religious groups and their supporters in the media. These parasites are afraid that they could be dumped by the military.

The Pakistani military has been applying psychological operations or PSYOP to maintain its decades’ long control over Pakistan but the May and June 2011 incidents have destroyed trust and exposed the military’s produced narratives of ideology, security and sovereignty.

PSYOP is part of the U.S military’s psychological warfare techniques against friendly and enemy countries. PSYOP is used to influence the behavior of foreign target audiences (TAs) to support U.S. national goals.

A U.S military manual describes mission of PSYOP in the following words:

“Through PSYOP the U.S military conveys selected information and/or advising on actions that influence the emotions, motives, objective reasoning, and ultimately the behavior of foreign audiences.”

The aim of PSYOP is to:
“Influence foreign populations by expressing information subjectively to influence attitudes and behavior, and to obtain compliance, non-interference, or other desired behavioral changes. Counter enemy propaganda, misinformation, disinformation, and opposing information to portray friendly intent and actions correctly and positively for foreign TAs, thus denying others the ability to polarize public opinion and political will against the United States and its allies”

Under the U.S law the military and secret services are not allowed to apply PSYOP against U.S citizens, but in Pakistan the military seems to be misinforming the Pakistani public on crucial issues using PSYOP.

The U.S claim of killing Osama bin Laden in a mysterious military operation in Abbotabad, Pakistan, a terrorist attack on a naval base in Karachi, the murder of journalist Saleem Shahzad and killing of an innocent teenager by Rangers in Karachi have put the Pakistani military on the back foot. The Inter Services Public Relations (ISPR) and the Inter Services intelligence (ISI) are busy in damage control but the trust deficit is simply too big. Perhaps, generals realize that they cannot deal with the crisis alone and are therefore reluctantly looking for political support.

Following the Abbotabad and Karachi debacles the country is in the grip of violence and questions are asked about the military’s ability to defend the country.

In Pakistan, intelligence agencies are kingmakers and a serving Army Chief acts as a godfather who controls ‘puppets’ on the political chessboard. The ISI and ISPR are continuously engaged in mind games aimed at diverting the public’s attention.

The ISPR contains criticism of the military while the ISI feeds its assets in politics, intelligentsia and the media with conspiracy theories and exaggerated foreign threats to Pakistan.

By courtesy of the ISPR, many Pakistani journalists can cover and report wars and military operations without being in the field or at a war front. The ISPR delivers readymade video footage of military operations that glorify military successes and the ISI provides the context of conflicts to the media.

Every day the ISPR spin doctors circulate stories about military victories against terrorists. Some reporters and producers use military press releases and videos under their own names and present military’s point of view, often without questioning.

As compare to other developing countries, the media in Pakistan are free to bash politicians but journalists refrain from criticizing the military and militant groups. The military and militants both are better organized and equipped and have the ability to outmaneuver the civilian government on the propaganda front.

Relatives of military officials work at senior positions in the leading newspapers and television networks of Pakistan.

A popular newspaper columnist and television commentator was biographer of a former head of the ISI and he continues to defend the military publicly. This gentleman also supports Imran Khan; a cricketer turned opposition politician who allegedly has the backing of the ISI.

Several television anchorpersons of political talk shows are said to be linked with the military establishment.

Most media owners look at the military for guidance and advice. Embedded journalism is common in Pakistan and journalists and commentators wine and dine with spooks. But now some of the same journalists are asking difficult questions.

The military also uses celebrities to influence the public opinion and convey messages that reaffirm military’s perception of Pakistan. Recently, the military released a video soundtrack of an aligning singer Mehdi Hassan and a group of school children with the aim to ‘unite and excite’ the nation.

Singers, poets and actors play a key role in propagating the military’s vision of patriotism and nationalism. This narrative reinforces Pakistan’s security concerns and its perpetual hostility towards India. Often Pakistan is portrayed as the leader of the Islamic World with its military as the sole defender of this ‘fortress of Islam’ but the incidents in the early summer of 2011 have trashed that image.

The military never misses a PR opportunity. The 2010 flood in Pakistan, for example, was used to build the military’s image. The media were fed with the military deeds in the flood affected areas at the cost of politicians and the elected government.

Actually, the Pakistani military does not seem comfortable with the concept of democracy. To generals, perhaps, democracy is not a suitable system for Pakistan. Military officers have a low opinion of politicians and men in uniform consider politicians unfit to run the country.

The military’s commitment to democracy could be lip service and a deception tool. It is a fact that when a general is not in the driving seat in Pakistan, he controls the country from the backseat.

To a military mind, Pakistan faces security threats and therefore it cannot be governed by politicians alone. The military has to play the role of a mentor. The military mindset is based on a confused interpretation of Islam and Pakistani nationalism where religion has been blended with national identity.

But the nearly one million strong military, including men in reserve, is now facing the biggest challenge to restore its credibility and earn respect. However, it will not happen without fundamental changes in the outlook of the men in uniform.

The military needs to build trust and find a common language that could be understood at home and abroad simultaneously. But to earn respect the military has to bow to the Parliament and take orders from the elected representatives of people, not the other way round. General Kayani and associates have the opportunity to be different than their predecessors.