The students of a madrassa try to force a child to convert. A relative is attacked for defending him, and accused of blasphemy. A priest: “This is a common practice in the region. Many cases of forced conversions are not made known”. The authorities turn a blind eye to the problem. 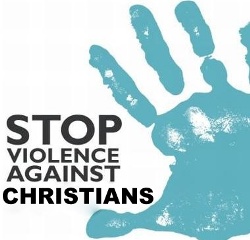 Lahore (AsiaNews) – Ten Christian families were forced to flee from Chak 68, Arifwala, in Khanewal district, for fear of the consequences of an accusation of blasphemy. A Christian boy of eight years, Ihtesham, nicknamed “Sunny” went to buy ice in a market, and was surrounded and harassed by students of a madrassa, an Islamic religious school. They asked him to recite verses from the holy Qur’an, and they also asked him to renounce his religion and convert to Islam.

An uncle of Sunny, Dildar Masih, seeing that his nephew was in trouble, because of the students, intervened. Sunny explained to him that they were bullying him to renounce his religion. Dildar addressed the boys, he rebuked them and told Sunny to go home. The boys told of the incident to the religious leaders at the madrasas. The latter announced that Dildar Masih had committed blasphemy, making fun of Quranic verses, and the loudspeaker of the madrasa urged all to punish the blasphemer, to set an example. A crowd gathered around Dildar where he was working and attacked him. After the incident, ten families fled from the village.

Father Rufin John, from Khanewal, told AsiaNews: “This is a common practice in the region of Punjab. Many cases of forced conversions are not disclosed. In many schools it is mandatory for all to read verses from the Qur’an, it is in the program, and is compulsory for students of all faiths to read them. If students of faiths other than Islam do not read them, they are subject to abuse, or are thrown out of schools. ”

Father Afzal Masih of Rahim Yar Khan told AsiaNews: “In Rahim Khan, the madrasa students annoy teenagers of different faiths every day. They do not allow them to play in their playgrounds, they do not want them to pass close to the madrasas, the radical school of thought is at its maximum in this region. They are taught that Christians and people of other religions may be killed if they do not accept Islam. And the authorities turn a blind eye to this problem. ”