Editor’s Note: This post does not reflect the views of LUBP in general 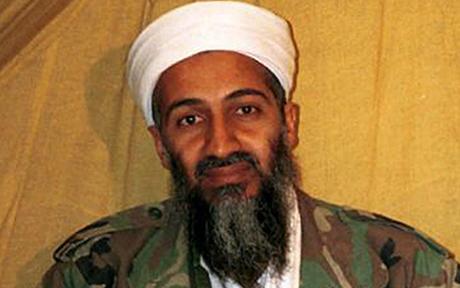 The rise of Osama Bin Laden to the last circle of hate previously reserved for states (Cuba, USSR), and statesmen (Castro, Stalin), by the global media and international populace truly began on September 11, 20011. It is after that momentous occasion, that his face would be plastered continuously on all mediums, on all global platforms making him the most recognizable member of his fundamentalist group, and a ‘poster boy’ for violent extremists. It took almost a decade for him to be found, and in the words of former President George W. Bush “brought to justice”. The mans death had been mired in as much controversy and mystery as his supposed locations were, when he was ‘believed to be alive’.

A foreign office press statement released to the media, mentions the demise of the terrorist leader, the fact that the operation to kill him was undertaken by American soldiers in Pakistani soil and that US President Barrack Obama, called to congratulate Pakistan’s President Asif Ali Zardari, after the said operation had concluded2. Major sticking points such as the legality of such an act, the fact that American helicopters evaded Pakistani detection, and if the government had any prior knowledge or deeper role in the operation were completely missing from the statement. So was any mention of further investigations into how the rallying symbol of Al-Qaeda and the Taliban was able to elude Pakistan’s Inter Services Intelligence (ISI), and live undetected in a sprawling house, centrally located between the Pakistan Military Academy and the nation’s capital.

Questions were bound to be raised when the news was released of Bin Laden’s death on Pakistani soil. From foreign media outlets, to defense and intelligence sources around the globe (preferring to be anonymous for obvious reasons), every one pointed a finger at Pakistan’s political establishment3. While the majority of commentators raised a set of murky allegations against Pakistan’s military establishment, the current government of President Zardari and his Pakistan Peoples Party was not immune from the blame game either. Allegations of extremist tendencies have been ripe in the military since the days of the Afghan war, and the birth of the ISI. Ex director of the CIA Gen. Hayden when asked on a popular news show of his views on Pakistan’s supposed involvement replied ‘they may not be involved but they were definitely complicit’4.

No other nation has been host to the top leadership of Al-Qaeda, as many times as Pakistan. From the mastermind of the 9/11 attacks, Khalid Sheikh Mohammed, to the principal commander of the USS Cole attacks Al Libi, scores of terrorist leaders, propagators and preachers have been found in Pakistan’s cities and villages5. Since the demise of Bin Laden, another important leader of a fundamentalist group Asad Ilyas Kashmiri has been killed. Therefore, there is no denying the fact that Pakistan’s government has lost the ability to control the flow of people into its porous borders.

Pakistan’s relations with the United States have been mired in one controversy after another. The safety and security of Pakistan’s nuclear assets has been a point of contention between both nations, transcending presidents, regimes and dictators. As revealed by the Wikileaks cables, the Americans have tried time and again to gain access to inspect Pakistan’s nuclear facilities, but have been rebuffed by the military establishment in charge of the nation’s nuclear assets6. Further pressure is exerted by the American government to push Pakistan’s military establishment to increase its presence from 140,000 troops in the volatile Waziristan region bordering Afghanistan. These moves are an effort to persuade Rawalpindi to launch a military offensive in this area, where known Taliban and fundamentalist elements are known to be seeking refuge. The thorny issue of the constant drone attacks and an alarming growth in resentment towards America amongst Pakistanis all add to the melting pot that is the Pakistan US strategic alliance.

Ex-president and military chief Pervez Musharraf stated in the reply to a question “there was a normal detachment of 10-12 men of the ISI stationed in Abbottabad, as there are in villages and towns across Pakistan”7. If the picture presented by Pakistan’s foreign office, diplomats, intelligentsia, politicians and government is to be believed and the establishment did not have any knowledge of Bin Laden’s location, than clearly a grave discrepancy exists in Pakistan’s intelligence gathering operations. From statements gathered by interrogating Bin Laden’s wife, it was also revealed that he had been living in the centrally located compound for close to five years. General Hayden on the same show stated “we should look into who in his close proximity knew what, people at the local mosque, the local police chief…”.

Fatima Bhutto, a seasoned commentator, points to a more plausible alternative, that the members at some level bureaucratic set up knew the location of the deceased Taliban leader, but willingly turned a blind eye8. The shadow of mystery covering all aspects of the military and the intelligence agencies operating in Pakistan promotes and gives roots to such allegation from being instilled into the minds of international observers and the Pakistani population alike.

President Zardari’s letter to the Washington Post in response to the Bin Laden operation presented the point of a disenchanted ally9. When we state our case for American support, we recite our credentials as a frontline ally of the war on terror. What our leaders fail to understand is that being in such a precarious situation is bound to lead us in harms way. This was evident in the wave of retaliatory attacks against the Frontier Corps in Charsadda and the attack on PNS Mehran in Karachi. After all the frontline if where the most amount blood is spilt, and lives unfortunately are lost.