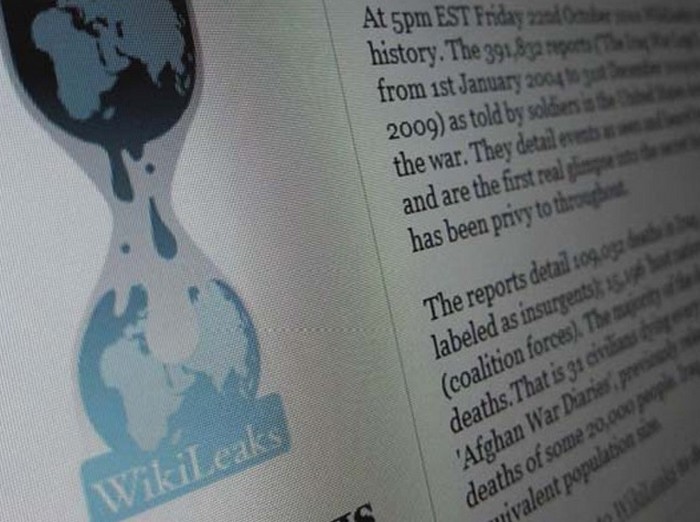 Locally published for the first time, courtesy an MoU between Julian Assange and the Dawn Media Group, the WikiLeaks documents reveal classified details about Pakistan and its relations with the United States. This new front in the war for common sense and sensibility is still in its incipient stages, but the potential to awaken and stir a populace toward realising the extent of duplicity prevalent in the highest levels of power is gargantuan. In this respect, the WikiLeaks publications, known online as the Pakistan Papers, are the greatest thing to happen in this beleaguered country in recent times.

No longer are inner dealings and shrewd politics shrouded in secrecy and speculation. The public can finally have access to some of the questionable and controversial off-the-record comments and events that have shaped foreign and domestic policy in the last three years. Sometimes amusing, highly entertaining and often just downright depressing, the Pakistan Papers have revealed tidbits of insightful ‘behind the scenes’ action that confirm exactly what many of the educated minority in this country already believe: that their leaders are dishonest, that they consistently withhold or skew information, that they rarely trust their constituents with the complete facts as their interests play the greatest part in shaping policy.

Pakistani politics enjoys the rare distinction of appearing like a pool of vice and fraudulence with an even larger cesspool of filth and deceit under the surface. WikiLeaks has proven that the more one digs, the more dirt is thrown up, implicating almost everyone concerned through association. But we knew all this already. Conventional wisdom and common sense have assured us that our political leaders have faults, many of them. Time and time again, they have displayed their admirable talent for dishonesty and disingenuousness. Time and time again, we’ve accepted these faults with a silent complacency, believing it was the system, the reality, and nothing could be done to alter the status quo. WikiLeaks may only be a confirmation of all those collected pieces of truths, lies and antics that we have become numb and accustomed to. But now with all of this in cold, hard incontrovertible print perhaps there will be a different outcome, perhaps we will learn from our mistakes to avoid repeating them again.

In the wake of the Abbottabad operation that eliminated Osama bin Laden, politicians and military leaders have been up in arms about issues of national security and sovereignty. DG ISI Shuja Ahmad Pasha’s acceptance of blame coupled with his resignation offer was a refreshing change from the hue and cry of anti-American sentiment emanating from other sectors of the establishment. On the flip side, in a half-hearted attempt to mollify national sentiment, politicians who have repeatedly taken their begging bowls to Washington are arguing that the operation was a contravention of international law, a violation of friendship and trust between two mutual ‘partners’ and a slap in the face of Pakistan’s sovereignty. Pakistani leaders of all hues have been quick to blame the United States for undermining their efforts at eliminating extremism and militancy. They said that drones caused the government to appear impotent and complicit with the United States. However, common sense would suggest that in order for the drone policy to have continued for the past three years, the government must have tacitly supported it.

WikiLeaks revelations should not come as a surprise then. A cable leak from 2009 shared via the Pakistan Papers portal on the Dawn website confirms Pakistani complicity in the drone attacks. In a meeting in January 2008, between COAS Kayani and US CENTCOM Commander Admiral William J. Fallon, Kayani requested “continuous Predator coverage of the conflict area” in Waziristan. Contextually, it is important to understand that this conversation took place in 2008, when operations against militants in tribal areas were in their incipient stages. The prevailing conclusion is that Kayani gave a tacit go-ahead to the surveillance and elimination components conducted by the Predator drone strikes over the last three years. Kayani’s request came at a time when such surveillance and monitoring were necessary in areas of conflict. It is open to speculation, however, if Kayani was requesting mere military surveillance, or drones with missile-strike capabilities. When offered the possibility of coordinated airstrikes from trained US Marines, Kayani wavered by saying, “It would not be politically acceptable.”

In a separate cable, however, the Prime Minister’s Machiavellian response to drone strikes is perhaps more indicative of something fishy. While being briefed by Interior Minister Rehman Malik, Gilani brushed off any reservation about the Predator attacks stating, “I don’t care if they do it as long as they get the right people. We’ll protest in the National Assembly and then ignore it.” With drone strikes escalating from 2009 onward, it is no surprise that the government posture on this topic has been at best, a half-hearted complaint. It would have made sense had the Pakistani government or military considered drone strikes as a compromise to keep Washington happy and consider Pakistan a useful ally in the war on terror. It was unexpected, however, that Pakistan would willingly request such collaboration, since the underlying assumption behind the request is an inability or failure of Pakistan’s military to eliminate the targets themselves.

That being said, it is encouraging that we have continued to abandon our self-respect and not stopped clutching our begging bowl. Another document from a NATO conference in 2009 discusses President Zardari’s persistent request for additional resources. Zardari is quoted as saying, “Don’t give me the fish, teach me how to fish.” Zardari’s request for foreign assistance and access to European financial markets was topped with a request for “my own drones to fly under the Pakistani flag.” And as can be expected, the document is full of references to Zardari avoiding any concrete response, citing the sacrifices his family has made for democracy. What is even more entertaining is that this was not a meeting where financial aid was a topic; this was at a NATO meeting discussing military strategy. Zardari was repeatedly asked about how NATO could help Pakistan and how Pakistan planned to follow military operations with reconstruction and development in conflict areas. But as the document describes, “Zardari failed to answer most of these direct questions, reverting instead to continuous invocations of his late wife.” One NATO representative described Zardari as “theatrical,” but also regretted that Zardari seemed ill-prepared, “focusing a disproportionate amount of his limited time on issues that were better suited for the UN or the EU.”

Incidents like these make it very difficult to convince leaders abroad of Pakistan’s viability when its own leaders rarely take its demands seriously nor utilise appropriate opportunities to find solutions. Worse still, it makes Pakistan seem headed toward certain failure, its leaders venal and disinterested in anything other than their bank accounts. Unless of course, you’re the de facto leader of the opposition, a former two-time prime minister with a devoted brother’s undying love and support. One would imagine Mian Nawaz Sharif’s vast experience in the higher echelons of power, from his emergence as a protégé of Zia-ul-Haq to his ignominious removal from power by General Musharraf, would have prepared him for the diplomatic game of intrigue.

WikiLeaks’ declassified report from 2009 reveals how the Sharif brothers were playing Machiavellian games with the Chief Justice of Pakistan, Iftikhar Mohammad Chaudhry’s fate. Considering the scale of the movement that Musharraf’s dismissal of Chaudhry caused in Pakistan, one would imagine that tussling with a newly empowered judiciary was political suicide.

Not for the seasoned Sharif brothers. A day before the Sharifs’ anticipated 2009 Long March in support of the judges’ restoration, Shahbaz Sharif told Bryan Hunt, the American Consulate’s Principal Officer in Lahore, that the Sharifs would be in favour of bringing Iftikhar Mohammad Chaudhry back as a “face-saving restoration,” eventually preparing a way to remove him from power entirely. It was pure genius! Not only would the Sharifs be preparing the removal of any challenge to their authority, they would also emerge as the champions of democracy. US Ambassador Anne Patterson remarked that by the Sharif brothers’ action, “Nawaz emerges stronger in the public eye and retains ‘the high moral ground’ by defending the judiciary.”

It should not be a surprise to anyone, however, that Nawaz Sharif never held the judiciary in high regard. The hue and cry in 2009 about the Long March to restore the judges was simply a clever way to get back at Zardari. These machinations were due to an earlier Supreme Court verdict declaring that Nawaz Sharif was ineligible to hold office, a restriction the Sharifs believed emanated from the President’s influence that led to their relationship becoming sour. WikiLeaks has disclosed that after the Murree Declaration in 2008, both Zardari and Sharif had secretly agreed that Chaudhry would not be restored as CJP despite committing to the restoration on paper. When Ambassador Patterson inquired about the Declaration’s clause of restoring the judges in 30 days, Zardari is reported to have laughed and said, “In politics, 30 days could become 80 or 90.” Zardari also disclosed that he had been in touch with Chaudhry’s replacement, Justice Dogar, assuring him that he would not be removed.

As time progressed and Zardari and Sharif eventually fell out, the judiciary remained a sensitive issue as the primary force behind Musharraf’s downfall. The Sharifs, always one step ahead, decided to galvanise the country through a principled stand supporting Iftikhar Mohammad Chaudhry’s restoration through the Long March. It worked. Zardari had to restore Chaudhry as the CJP. That Nawaz Sharif would have respect for the judiciary is another laughable matter altogether. His struggle against former Chief Justice Sajjad Ali Shah is famous for the November 1997 storming of the Supreme Court where his party goons ransacked the courtrooms and violently assaulted and humiliated some of the country’s most esteemed legal representatives. To expect then that the Sharifs are fans of any checks on their powers is absurd. Thank you WikiLeaks, for proving what most of us suspected: the Long March and the Sharifs reverence for the judiciary was a sham.

As the experiment with truth and openness begins in Pakistan, members of the public have difficult decisions to make. On one hand, we’re confronted with the official version of events, but that leaves us unsatisfied. On the other hand, there are rumours, hearsay, juicy tidbits of apocryphal gossip that we want to believe and often do. In between lies the truth, the seemingly elusive yet common thread that seems to bind most emanations from the media, albeit with a little bit of spin. Common sense teaches us to question that which we’re exposed to in the media, for the truth is never what it seems. As the Pakistan Papers have proven, the ‘truth’ we’re provided with is never what it actually is. Our leaders will tout morality and ethics till the cows come home, but it’s only a matter of time before we see through their words and deeds to hold them accountable. If WikiLeaks has taught us anything, it is that when we smell a rat, it more than likely means that something is definitely rotting.