Pakistan Peoples Party has been at the receiving end of electoral rigging and gerrymandering by establishment and Pakistan Army over many general elections. Despite of all types of targeting, the PPP remains the largest political party of Pakistan having won elections four times and having its own representative as head of government. If the electoral rigging and gerrymandering would not have taken place, the PPP could have won at least two more elections like the 2001 Local Government and 2002 General Elections.

With the PML-N out of favor post 1999, they opted to shake hands and bury the hatchet with the PPP with Charter of Democracy signed between the two parties in 2006. The 36 point COD has been used as a whipping tool against the PPP and President Asif Zardari with numerous attempts at discrediting the party’s government for having “not implemented the COD in its true spirits”. On numerous occasions PML-N’s leadership including Nawaz Sharif, Shahbaz Sharif, Chaudhry Nisar and many others have lamented that PPP has not adhered to the COD and if the COD was implemented then all issues of Pakistan would be resolved.

With the 18th Amendment adopted in April 2010, majority of the points of the COD were taken care of. Amongst the 36 points of the COD, there is a section about FREE AND FAIR ELECTIONS. It is numbered section C and covers points 27 to 31. They read as follows:

29. Local bodies elections will be held within three months of the holding of general elections.

30. The concerned election authority shall suspend and appoint neutral administrators for all local bodies from the date of formation of a caretaker government for holding of general elections till the elections are held.

31. There shall be a neutral caretaker government to hold free, fair, and transparent elections. The members of the said government and their immediate relatives shall not contest elections. 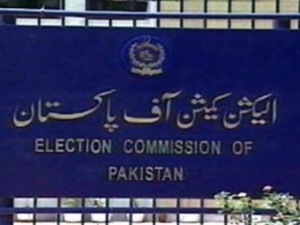 On 9th of June, 2011, this important aspect of the COD was implemented under the 18th Amendment. As reported in Express Tribune:

The 18th amendment to the Constitution, passed last year, had changed the nomenclature of the ECP, under which rather than serving judges, retired judges of High Courts from each of the four provinces would serve as members of the commission.

Under the new law, the powers of the chief election commissioner have been transferred to the commission as a whole, which includes four members and one chief commissioner.

The appointment of members of the commission had been a contentious issue since last year. The government claimed that the delay in these appointments was due to differences with the opposition since a parliamentary body with equal representation from both the treasury and the opposition has to approve the nominations put forward by the prime minister.

With this all important and pending matter resolved, we do not see any appreciation in op-eds, from opposition parties and even fake civil society members for the resolution of an important matter that can potentially aid in shaping the future politics of Pakistan. Off course, being a feather in the cap for a PPP government, there will never be acknowledgment, forget appreciation.

The team at LUBP would like to extend its gratitude to the PPP government under the leadership of President Zardari and Prime Minister Gillani for the completion of the Election Commission of Pakistan. It will be now up to the ECP to ensure that they do their work properly and independently.

We are also reproducing the COD Scoreboard that was published last year by the government but not acknowledged widely by the naysayers of the PPP.