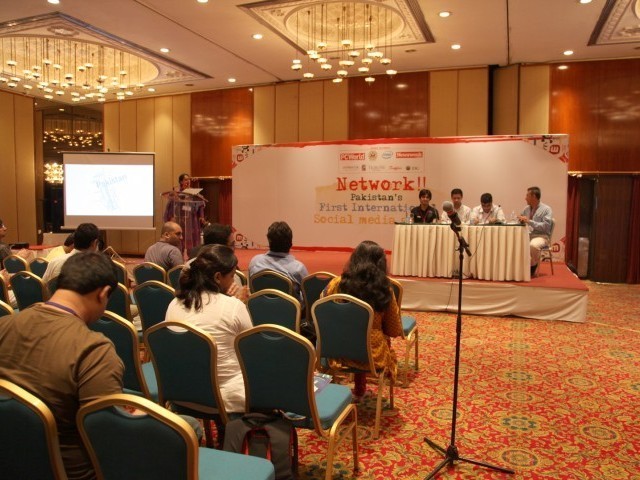 Pakistan has over 3 million social journalists and the number is increasing with the passage of every day with 6.2 million users on microblogging site Twitter and over 4 million social network Facebook users already. This was observed by top bloggers, twitteraties, netizens and other experts from Pakistan, Indonesia and Egypt at Pakistan’s first international social media summit jointly organised by the US Consulate in Karachi, PC World, Intel, iRaffles Systems, Newsweek, CityFM89 and the Express Media Group.

International participants included Mohamed El Dahshan (Egypt), Hanny Kusumawati and Anandita Puspitasari (Indonesia), Rebecca Chiao (Egypt), Ong Hock Chuan (Malaysia), Claire Diaz Ortiz (US) and Karim Osman (Netherlands), as well as Two bloggers, one from the US and the other from the Netherlands, participated via Skype.

Addressing on the occasion, US Consul General in Karachi William Martin said Pakistan is one of the fastest-growing Facebook- and Twitter-using nations in the world with the official data revealing that it is the ninth nation which uses Twitter the most.

“There are over 4 million Facebook users here while the US Consulate Karachi’s Facebook page has over 30,000 fans,” he added. “The per capita internet-access rate in Pakistan is between 10 percent and 15 percent of the total population – more than double that of India and even at the most conservative estimates roughly 20 million Pakistanis are online – equivalent to the population of 4 Singapore’s.

“Pakistan has a lively, active blogging community, where over 3 million citizen-journalists can freely report on and discuss any topic.

“During the last year’s floods, I saw the social media network shining the light on this situation and many others,” said Martin. “The social media really does create a global village and it is an honour to be here with so many distinguished citizens. I am struck by the talent, the imagination and the commitment I see. You all validate, you all energise my enthusiasm, my optimism for this great nation Pakistan. From where I stand, the future looks bright. I see leaders and visionaries that will help realise the vast potential of the Pakistani people,” he said.

Talking on press freedom in Pakistan, the US Consul General said the freedom was earned over time through the sacrifices of people especially the media community. “We must never forget the journalists who were killed or injured as they sought to report on the challenges facing us today. They have been as brave, as selfless as any soldier on the battlefield. I know that there are people here today that take extraordinary risks to enlighten us all of the truth. Nobody embodied this commitment more than Saleem Shehzad, who was senselessly murdered trying to pursue this truth. But there is no doubt that his work will continue and others will pick up the baton and carry on.

Renowned journalist Kamal Siddiqi said that social media is the best platform where different social problems and taboos can be discussed easily, which are not being reported by the traditional media.

“Recently the Pakistani media has started utilising citizen journalists and blogging on their websites,” he said, “I believe that social media will not disturb traditional media, but it will help the media to get information rapidly.”

The event began with a panel discussion on ‘Education and Good Governance, Women and Social Activism in New Era of Media’, and ‘Monetizing Your Social Media Space’.

These discussions were followed by 20 different breakout sessions with five sessions underway simultaneously on different aspects of social media.

Egyptian blogger Mohamed El Dahshan shared the uprising of his people and the successful removal of president Hosni Mubarak. “About 18 million people participated in the national referendum after Mubarak’s removal which is a significant turnout as before people didn’t really trust elections,” he said.

El Dahshan says the revolution would have happened if social media was not there, but it would have taken a little longer, social media allowed people to come together, organise and motivate themselves. It gave people an outlet to vent their anger,”.

“Social action is collective action. If the government tells you you’re on your own and everybody is happy, you are afraid of doing things. But social media changed that. It helped bring together people who were upset about the same things.”

He says the biggest social media platform that contributed towards helping people during the revolution was Facebook. He also says there were influential blogs but Facebook had groups with hundreds and thousands of members, people who had been victims of “brutality”.

“Twitter was super important during the revolution, it helped us get live updates,” he says. 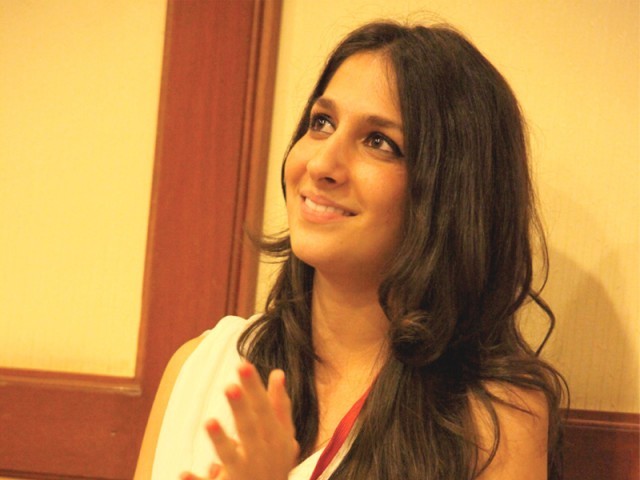 Sherbano Taseer said the social media has created an online arena where people can talk about the grievances about their governments – referring to the Arab uprising.

“During the Japan earthquake and tsunami, for many people Twitter became the mode of sharing news with their family and others. Just imagine that the videos put up by common people in Japan followed by the tsunami received 17 million views in one night,” she added.

“Citizen journalism is good for Pakistan. In the mainstream, all that sells is gore. In my father’s case they took his comments which were about humanity and turned them into something religious.” 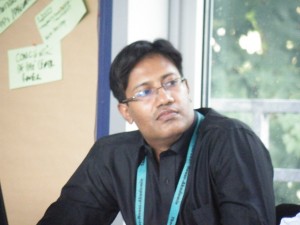 The scribe as a resource person said the tragedy with the minorities in Pakistan has been that they are always viewed with an eye of skepticism. In every field they are treated with extreme indifference and apathy. The plight and problems of the minorities have never been included in the national political agenda. And even so called independent media ignored religious discrimination, bigotry, hatred and injustice towards them – referring to the situation of minorities in Pakistan and mainstream media.

If one glances the Newspapers Op-Ed or watches the talk shows at the private corporate media they appears to be full of religious prejudice and hatred. The majoritarian view dominates in them.

One among various complaints the minorities has in Pakistan is that the Pakistani media has ignored them throughout the past 63 years. The majority community owns most of the national press and the same proprietors controls the electronic media, and both behave like step mothers.

Recently, news media and talk shows have also ignored and missed the disturbing news reports, where a special Anti-Terrorism court in Faisalabad released on bail all 70 suspects arrested responsible for the brutal attack in Gojra and demand to ban the holy Bible in Pakistan, by describing it as a “pornographic” and “blasphemous book, so in this way media has ignored, blasphemous remarks and hate speech against Christianity.