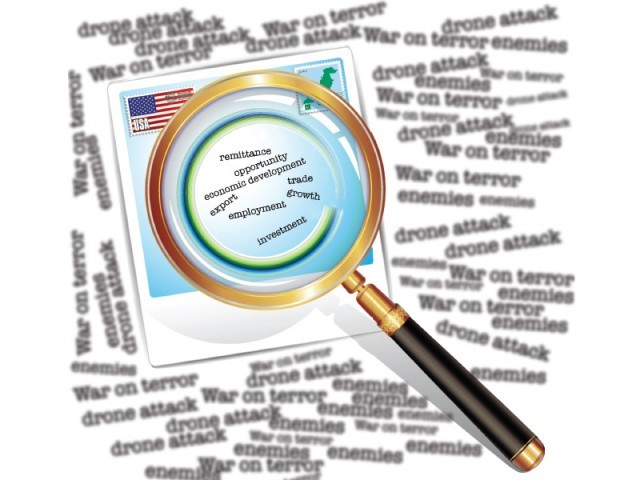 The last few weeks have been disappointing as well as hysteric for a majority of Pakistanis. Disappointing because a high value target was found and killed in Pakistan and hysteric because the chants of “attack on national sovereignty” and “breaking off relations with USA” have been taken to an all time high level. Having a “love to hate” relation with another country is one thing, but not thinking clearly what we want borders on mindlessness.

It is important to realise that the US and Pakistan are not just restricted to military and security relations that can simply be cut off. First and foremost is the number of people of Pakistani origin living in the US. Why I say Pakistani origin as a majority of those who go to USA to work, eventually get naturalised as US citizens. This is unlike the Middle East region where hardly anyone gets citizenship. According to estimates, there are as many as 1 million people of Pakistani origin living in the USA. Their contribution to remittances has traditionally been very healthy. Between FY2004 and the current fiscal (July 2010 to April 2011), USD 12.17 billion have been remitted to Pakistan, with the current year figures expected to touch $2 billion. On an average, remittances from the US stand at 26% of total remittances. On the matter of exports, at the current pace, exports to the US are likely to touch $4 billion during the current fiscal, which would be an all time high. Our average exports to the US between FY2004 and FY2011 stand at $3.53 billion per annum with an average share of 20% of the total exports.

On the matter of investments, when both portfolio and Foreign Direct Investment is combined, US nationals and corporations have invested $26.4 billion between FY2004 and FY2011 (July to April), with an average share of 25.37% in our total investment flows.

The figures just given above have a direct impact on our lives. The share of US in our remittances, exports and investments is without doubt significant. I am not talking about aid. This is all trade!

There is also an increasingly popular demand of stopping Nato supplies through Pakistan in order to force them to stop conducting drone attacks in our tribal areas. Can one ask how the Nato supplies make their way through Pakistan and what, stopping those would mean to our economy? Firstly, to whom does the transport network belong? It is Pakistani public and private sector organisations. Who are employed in these transportation companies? Pakistani workers.

When terrorists attack the supplying carriers, what sort of loss do we have to bear? The carriers are insured and they get their insured value back, but are the attacked and burnt carriers easily and immediately replaceable? The answer is no! Capital loss is one thing, what about the opportunity loss? Last year when we were witnessing audacious attacks on trucks and tankers carrying supplies in places like Quetta, Peshawar and even Islamabad, the question that came to mind was that how much will the people associated with this business lose? Similarly, the loss of toll income and various taxes the government earns on the transiting goods from Pakistan has not been calculated.

It is easy to demand cutting off something but one must think of the repercussions on the people associated with the trade, corporations and government.

On the other hand, we should be placing our demands that we need to have our debt written off, albeit enough to allow us to use the savings towards development program. Unfortunately, all this hysteria created by some is detrimental to the whole nation and its economy. All nations have to weigh the pros and cons of a relationship they are in. At the end of the day, we need to get the best for our people and our economy.

It is high time that economists focus their studies on opportunities lost and create programmes that can assist the people and its state in the long run. In all honesty, our hysteria is the biggest impediment to our development.

-The writer is an investment banker based in Sharjah

Click here to post a comment
Budget coverage misses the mark: What on earth is ‘relief’? – By Farooq Tirmizi
Dangerous Duffers downsizing: Democracy is the best revenge – by Ali Sher Mussali