Just after OBL’s killing in Pakistan by USA forces Dangerous Duffers’ (DD’s) paid anchor Mr. Kamran Khan was pushed back to support right wing’s mourning over killing of a world class Islamist terrorist by USA forces in Pakistan. Tonight I observed another Jihadi anchor Mr. Hamid Mir talking on a (not on Geo) channel against suspected killers of Shaheed Syed Saleem Shehazad. He promised that if no fair investigation will be conducted than he will announce the names of Saleem Shehzads’ suspected killers. He told on Duniyan News channels that SSSS was killed by a DD’s group who tortured and shaved Omar Waraich head.

We hope that Mr. Mir will speak truth soon openly on Islamabad’s roads. But our extreme left Fake Civil Society FCS and extreme right Islamist factions still believe that SSSS was killed by USA-India-Israel agencies but not by Islamist militants or DD’s wing comprising over retired army officers on working on basis of free-lancers or annual contracts. Let me to say that SSSS was killed by Illayas Kashmiri’s militants and not by DD. Again there is question on DD’s efficiency and unwillingness to protect SSSS from militants. It proves that SSSS’ research on militancy was completely factual that Pakistan’s intelligence agencies are closely working with Islamist militants in Pakistan. SSSS told us about negotiation between Navy commanders and Illayas Kashmiri for release of navy officers who were working for Islamist militants.

Four years democracy since 2007 has weakened non-state actors, extreme left FCS in Pakistan and we need more 6 years of democracy which will definitely compel extra-independent institutions such as Judiciary and Intelligence agencies for downsizing. Continuity of democracy will prevent extra-independent institutions to lobby in media, FSC and hiring of retired officers to prepare plans to attack India and to kill innocent people of Pakistan.

Killings after 2007 to 2011 by Islamist militants under DD’s work plan or directly by Pakistan agencies could not stopped democrats, liberal journalists, human rights activists such as Asma Jahangir to talk against powerful and extra-independent institutions in Pakistan. Because people have learned that DD’s breaded Islamist militants had killed Mohatarma Shaheed Benazir Bhutto physically but they could not kill her philosophy and not capable to kill Pakistani nation who endorsed her philosophy.

Democracy lovers are not worried that Islamist Militants are well trained, efficient and attempted successful attacks on our military assets. We are also not surprised that Islamist Militants are experts in smuggling (like Dr. Qadeer) and well trained in using nuclear weapons which they can use against democratic forces in Pakistan and in the world soon.
So SSSS’ killing reminds us chronology of killings of democrats since Pakistan’s creation and in current spell of democracy. So I advise people like Hamid Mir and FSC groups to give up double standards and try to be realistic and expose all killings by Islamist Militants and DD’s wings.

I hope that Jihadi anchors and Jihadi FSC have earned and learned a lot during this tough four years of democracy.

It is fact that “Democracy is best revenge” and it is giving a tough time to FSC, extra-independent institutes, DD’s contractors and Islamist Militants. 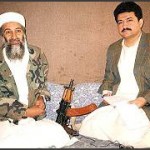 Click here to post a comment
Change of focus: Shunning the security paradigm for development – by Ali Wahab
Top 10 reasons why Imran Khan (PTI Group) should hold another Protest Dharna – By Razzak Memon