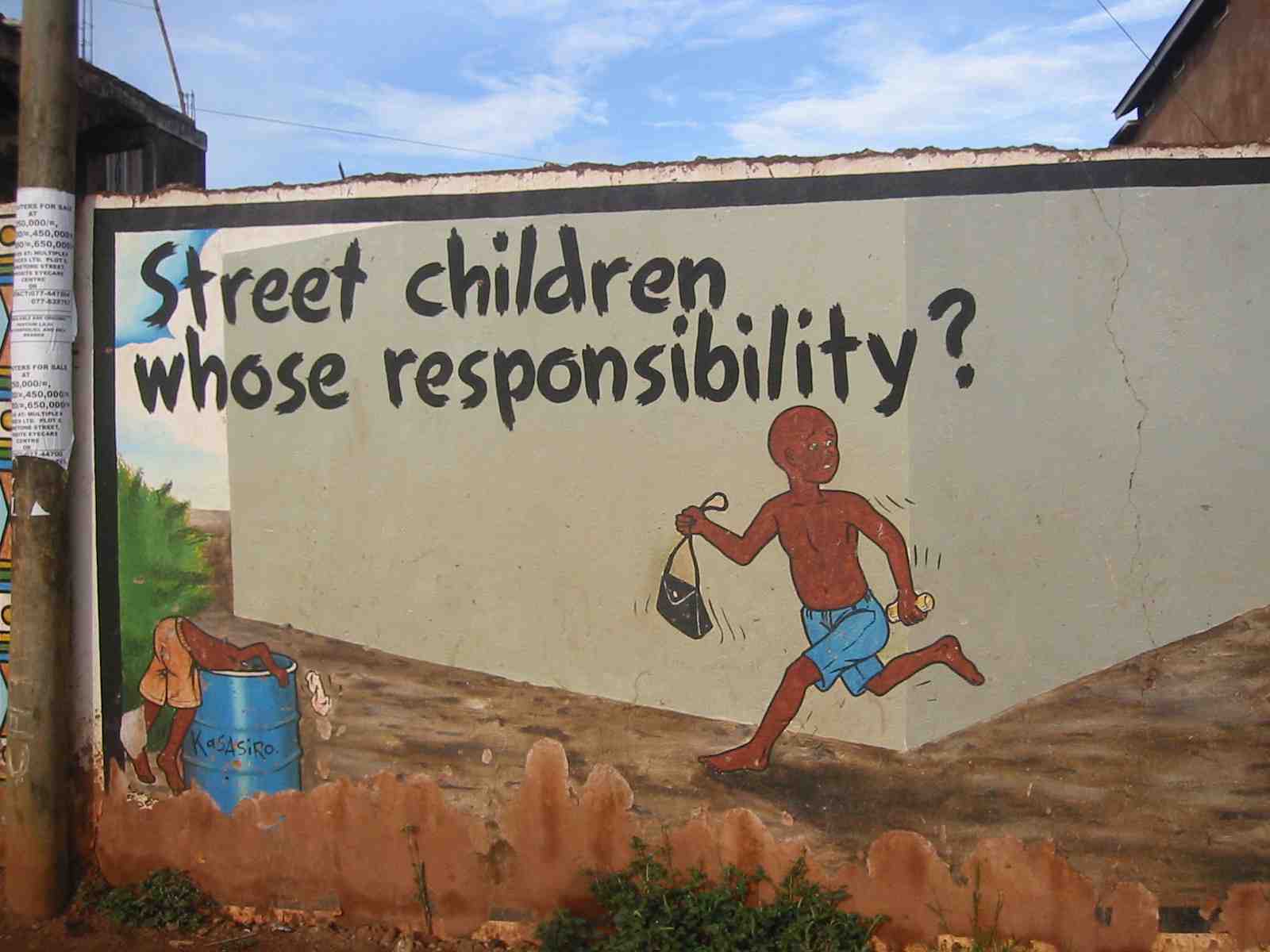 Pakistan ratified the Convention on the Rights of the Child on 12 November 1990, making a reservation on interpreting its provisions following the principles of Islamic laws and values. In 1997 Pakistan decided to withdraw its reservation, which marks the intention to unconditionally implement Children’s rights in Pakistan. The State report does not mention Pakistan’s signature, in September 2001, of the Optional Protocol to the Convention on the Involvement of Children in Armed Conflict as well as of the Optional Protocol on the Sale of Children, Child Prostitution and Child Pornography since the report was submitted to the Committee prior to that date. Considering the relevance in the South-Asian region of these issues, it is hoped that Pakistan will quickly ratify these two protocols.

Pakistan is a party to three other international instruments aiming at directly or indirectly improving the rights of the child:

The Convention for the Elimination of All Forms of Discrimination Against Women (CEDAW), ratified in 1996, the Declaration and Agenda for Action adopted at the issue of the World Congress against Commercial Sexual Exploitation of Children, signed in 1996, and reaffirmed by the Yokohama Global Commitment in 2001, and the Convention concerning the Prohibition and Immediate Action for the Elimination of the Worst Form of Child Labour Convention (C182), ratified in 2001.

Regretfully, Pakistan is not yet a party to the Convention Against Torture, and other cruel, Inhuman or Degrading Treatment or Punishment (CAT). On 15 June 2001 the Coalition of Non-Government Organizations against Torture (CINAT), which includes OMCT, sent to the Pakistani Minister of Foreign Affairs an appeal for the universal ratification of the CAT. In its letter addressed to Mr Abdus Sattar, former Minister of Foreign Affairs, CINAT underlined the importance for Pakistan to urgently sign and ratify the CAT in order to prevent and combat torture.

In June 2001, General Musharraf was established as the country’s President while remaining head of the army. After 11 September, President Musharraf’s support to the so-called War on Terrorism caused violent reaction and opposition form national Islamist groups. Meanwhile a state of emergency was declared throughout Pakistan giving the government sweeping powers to fight against terrorism (the Anti-Terrorism Ordinance of 1997 had been amended in August 2001) and maintain law and order. In April 2002, despite wide criticism on unconstitutionality and procedural irregularity coming from human rights activists and opposition parties, the referendum organized by President Musharraf afforded him with another five years in office. During the summer, President Musharraf amended the constitution in order to grant himself with new powers including the right to dissolve the Parliament. In October the first general election since the military coup took place and in November the new National Assembly elected Mir Zafarullah Khan Jamali as prime minister. Soon after the election, President Musharraf revived the 1973 Constitution as modified by its numerous amendments. During the three years of military rule, human rights have not been a priority for the government. The regional conflict context and interior tensions with opposition parties and religious groups have occupied the forefront of the scene. It seems that the political agenda has been focusing more on promulgating new repressive laws against corruption or terrorism, than on boosting human rights.

War in Afghanistan and the conflict of Jammu and Kashmir have strongly affected Pakistani civilians, and among them especially children. Living in a conflict context hinders the survival and development that children have the right to and hazards some basic and fundamental rights the children have. Article 38 of the Convention provides that States parties shall refrain from recruiting children under fifteen years and that among those persons who have attained the age of fifteen years but who have not attained the age of eighteen years, States Parties shall give priority to the oldest. The Optional Protocol on children in armed conflict, that Pakistan signed in 2001, further maintains that States parties shall do the possible in order that members of their armed forces who have not attained the age of eighteen years do not take a direct part in hostilities. The State’s report explains that the Pakistan National Service Ordinance of 1970 guarantees that the age of enlistment in the armed forces is eighteen years with the possibility to begin two years earlier for training. In Pakistan there is no compulsory conscription and only persons over the age of eighteen years can take part in the hostilities. Within Pakistan, the Mohajir Quami Movement (MQM) is reported to recruit minors for violent actions against the Sindhi community. Sectarian religious groups are also believed to use child soldiers coming from sponsored madrasas or from amongst returning veterans of conflicts in neighbouring countries.

The Pakistani refugee policy has directly affected Children’s rights, considering the high rate of children presents in the Afghan refugee population (around 50%). Human Rights Watch affirms that very few refugee children have been given the opportunity to go to school, in fact many were sent to work in order to supplement the family’s income. The Women’s Commission for Refugee Women and Children reported that the refugee children, particularly those living in urban refugee communities, were placed in harsh employments (carpet weavers, “street children” engaged in garbage picking, beggars, brick makers, house servants and drug sellers), exposing them to physical and psychological sufferings. Finally, the lack of legal status for Afghan refugees in Pakistan has left them without any protection from harassment, extortion, and imprisonment by the Pakistani police. Still, it is expected that in the eventuality of a new afflux of refugees, Pakistan will do its utmost to respect its international obligations towards the rights of the child.

Article 25(1) of the Pakistani Constitution states that “all citizens are equal before law and entitled to equal protection of law”. Pakistani authorities affirm that there is no discrimination against children with disabilities, against children belonging to different provincial, linguistic, religious or economic backgrounds and against refugee children, nevertheless “a few odd cases crop up now and then”. However, it is regretful that the report does not give any further detail on these “odd cases” or their nature and extent. There is a major concern about discrimination, since it is one of the root causes of torture.

Major concerns in Pakistan are discrimination against girls and discrimination against religious minorities. Article 25(2) of the Constitution states that “there shall be no discrimination on the basis of sex alone”. The presence of “alone” at the end of the sentence weakens the efficiency of the provision, since it permits discrimination based on other factors than sex, and even discrimination against women in case of multiple discriminatory belonging (refugee woman, Christian woman, Mohajir woman, etc.). Pakistan’s legal framework is contradictory concerning the protection of girls and women from discrimination. If the Constitution formally forbids discrimination on the basis of sex, other laws have been promulgated that promote and legitimize such practice, especially Islamic laws, concerned with Zina (Enforcement of Hadd) Ordinance of 1979 promulgated by General Zia in an attempt to islamise the society. This law covers quranic offences like fornication, adultery, rape and provides punishments like stoning to death or whipping. Absolutely incompatible with fundamental human rights, this law is also intrinsically discriminatory. Girls are liable for punishments from the age of 16 or on attaining puberty which can be as early as 11 or 12 years, while for males the age is 18 or puberty. The Zina Ordinance gravely discriminates women and girls by putting them under the continuous threat of arbitrary sentences for adultery. This law is in conflict with the Pakistani Constitution as well as with the international treaties that Pakistan ratified (the Convention on the Rights of the Child and the CEDAW). By withdrawing its reservation on interpreting the Convention following the principles of Islamic laws and values, Pakistan clearly engaged toward an unconditional implementation of Children’s rights that is incompatible with provisions such as the Zina Ordinance.

Blasphemy laws have existed since the time of the colonial rulers. When in the 80’s General Zia introduced them in the Penal Code, increasing their punishment from two years of imprisonment to death sentence, they became an instrument of religious intolerance. Zia’s amendments made the defiling the Holy Quran punishable with life imprisonment, of the name of the Holy Prophet with the death sentence and of any other personage referred in Islam with three years’ imprisonment. After its introduction in 1985, hundreds of non- Muslims, mostly Christians, have been accused under the blasphemy law. Furthermore, the discriminatory Qanoon-e-Shahadat Order 1984 allows to Muslim witnesses more relevance that to non-Muslim ones (the testimonies of 2 non-

Muslim men are equivalent to the testimony of 1 Muslim male). The intolerant climate created by the blasphemy law spread out in civil society and many killings of blasphemers by Muslim fanatics have been reported, in which children are also concerned.

Article 37(a) of the Convention states that “no child shall be subjected to torture or other cruel, inhuman or degrading treatment or punishment”. Pakistani laws do not afford a sufficient protection against torture and other ill-treatment. This legislative lack is among the main causes of many cases of torture reported in Pakistan. Children are common victims of these violations. Children interviewed by Human Rights Watch in 1998 experienced abuse ranging from slaps in the face following arrest to sustained torture over the course of several days, including being hung upside-down, beaten, whipped with rubber belts or leather slippers, or deprived of sleep. Sexual abuse seems also to be a common practice, but difficult to document since the social and cultural factors inhibit children to testimony about such violations. Violations such as sexual abuse of children by public authorities, which regretfully occur in Pakistan, need to be considered and to be introduced in the legal framework. Clear and strict definition of punishment for violence against children is also a necessary step. Child sexual abuse is probably one of the least acknowledged and least explored forms of child abuse in Pakistan. This situation may be a result of the taboo attached to this issue. Such matters continue to be viewed as domestic affairs and the police only take action in cases of particular cruelty and violence. In addition, the media often tends to report only sensational cases. Child prostitution is another major social problem still very hidden in Pakistan. Human rights organizations say that child prostitution not only exists but it is even on the rise in Pakistan. Poverty, low education level, and social structure that disadvantage children are among the main factors leading to child prostitution.

Child trafficking is another major social problem often linked with child sexual abuse and prostitution. Female prostitutes are often trafficked from other regions or countries. Victims are often voluntarily trafficked falling prey to prospects of marriage or offers of work. The most common route is Bangladesh, trough India to Pakistan, but some girls arrive from Burma, Sri Lanka, India and Afghanistan. Afghan refugee camps are also told to be a source of child prostitutes. Not only Pakistan is a source, transit and destination country for trafficking in women and children for sexual exploitation, but also for bonded labour. One of the most notorious cases of child trafficking was the smuggling of Pakistani children to Arab countries to become camel jockey. According to SPARC, the desert areas of Southern Punjab, interior Sindh and the coastal towns are the centres of this illegal trade.

Such issues call for deliberation and require to be dealt acutely, thus, bringing about effective elucidations to the problems of the children, who are at least, a hope of a better future for this nation.