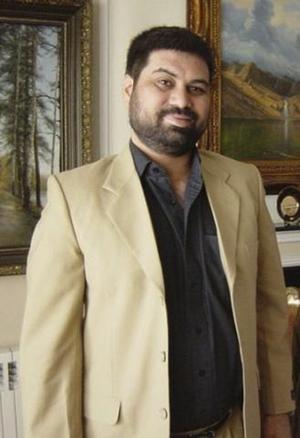 Inter Services Intelligence suspected of involvement has long been above the law.

All aspects of this crime, including the possibility of links to the ISI, need to be independently investigated and prosecuted. The ISI and other military and intelligence-related agencies have long been beyond the reach of the regular criminal justice system. To ensure this investigation can follow the evidence wherever it leads, an extraordinary mechanism with the full support of all state institutions needs to be created.

(New York) – The Pakistani government should establish a credible, independent investigation into the torture and killing of the journalist Syed Saleem Shahzad, Human Rights Watch said today. The investigation should have subpoena and prosecutorial powers and look into other allegations of serious human rights abuse by the Pakistani military’s Inter Services Intelligence (ISI) agency.

Shahzad, a reporter for the Hong Kong-based Asia Times Online and for Adnkronos International, the Italian news agency, disappeared from central Islamabad on the evening of May 29, 2011, on his way to the studios of Pakistan’s Dunya News. Shahzad, an expert on Islamist militancy, had just published a book, Inside Al-Qaeda and the Taliban: Beyond Bin Laden and 9/11. He had been invited to discuss the contents of his report about a May 22 attack in which 10 people died on PNS Mehran, a Pakistani naval-base in Karachi, by militants linked to al-Qaeda. Shahzad’s body, bearing visible signs of torture, was discovered two days later, on May 31, near Mandi Bahauddin, 80 miles southeast of the capital.

“All aspects of this crime, including the possibility of links to the ISI, need to be independently investigated and prosecuted,” said Brad Adams, Asia director at Human Rights Watch. “The ISI and other military and intelligence-related agencies have long been beyond the reach of the regular criminal justice system. To ensure this investigation can follow the evidence wherever it leads, an extraordinary mechanism with the full support of all state institutions needs to be created.”

Shahzad had previously complained of threats by ISI agents for his reporting on links between the ISI and al-Qaeda. In October 2010, Shahzad sent an e-mail to Human Rights Watch outlining a recent meeting he had with the ISI and asking for the e-mail to be released if he or his family were harmed. Shahzad asked Human Rights Watch to make details of the meeting public “in case something happens to me or my family in future.” (The email is attached as an appendix below).

On October 19, 2010, Shahzad sent an email informing Human Rights Watch that he had been threatened by the ISI at an October 17 meeting at the ISI headquarters in Islamabad with the Director-General of the Media Wing of the ISI, Rear Admiral Adnan Nazir, and another ISI official, Commodore Khalid Pervaiz. Shahzad wrote that the meeting ended with the following comment from Rear Admiral Nazir, which Shahzad construed as a death threat:

I must give you a favor. We have recently arrested a terrorist and recovered a lot of data, diaries and other material during the interrogation. The terrorist had a list with him. If I find your name in the list, I will certainly let you know.

Shahzad sent the same email and information about other threats to Hameed Haroon, publisher of the highly regarded English language daily Dawn and president of the All Pakistan Newspapers Society, and to colleagues at Asia Times Online. All those who spoke to Shahzad at the time including professional journalists and Human Rights Watch understood that a threat had been made to his life through the statement quoted above. In order to place the threat on record, Shahzad wrote an account of the meeting and emailed it to the recipients.

Commodore Pervaiz was recently appointed the new commander of the Mehran naval base in Karachi, the subject of Shahzad’s last story for Asia Times Online, in which he alleged that al Qaeda had attacked the base in Karachi on May 22, after talks with the military to release two naval officials accused of militant links broke down.

Later, Shahzad informed Human Rights Watch of two other instances where he felt threats were made to him by or on behalf of the ISI by people who identified themselves as belonging to the agency.

On June 1, the ISI issued an unprecedented statement through an anonymous spokesperson to the state-controlled Associated Press of Pakistan. The ISI official denied that any threat had been made to Shahzad, stating that, “The reported e-mail of Mr. Saleem Shahzad to Mr. Ali Hasan Dayan of HRW” was “being made the basis of baseless allegations leveled against ISI.”

The following day, Haroon, the Dawn publisher, rejected the ISI’s position and went on record to “verify that allegations levied by HRW at the Inter services Intelligence (ISI) are essentially in complete consonance with the contents of the slain journalist’s e-mail.” Haroon added that he wished to “state on the record” that the late journalist confided to him “that he had received death threats from various officers of the ISI on at least three occasions in the past five years. Whatever the substance of these allegations, they form an integral part of Mr. Shahzad’s last testimony. Mr Shahzad’s purpose in transmitting this information to three concerned colleagues in the media was not to defame the ISI but to avert a possible fulfillment of what he clearly perceived to be a death threat.”

The ISI has a long history of abducting critics and others, then engaging in threats and beatings, telling relatives or others that they should not worry or complain as their loved one would soon be released, and then releasing the person with the threat of further abuse if he or she made the abductions and mistreatment known. Pakistani and international human rights groups, including Human Rights Watch, have extensively documented the ISI’s intimidation, torture, disappearances, and killings of those who earn its ire, including journalists.

“Given the threats from the ISI alleged by Shahzad and a long pattern of similar cases involving the ISI, there is good reason to suspect the ISI’s involvement in his abduction and death,” Adams said. “If the ISI is committed to respect for human rights and the rule of law, it should welcome an independent investigation so that abusive elements can be rooted out and held legally accountable. It is time that the military and intelligence agencies understood that this kind of behavior is both abhorrent and unacceptable.”

The statement by the Pakistani interior minister, Rehman Malik, that the government would investigate possible ISI involvement in Shahzad’s abduction and killing was a positive step, Human Rights Watch said. The investigation should be conducted promptly and transparently, and the government should follow all possible leads, Human Rights Watch said. Pakistan’s government has not held any military or intelligence personnel accountable for serious and ongoing human rights abuses.

Human Rights Watch called upon the international community to insist on a successful investigation into Shahzad’s killing by taking this case up not only with the civilian government but also with the army and ISI, with which they have close and longstanding contacts.

“While their calls for justice are positive, it is time for Pakistan’s defense and intelligence partners such as the United States and United Kingdom to make clear to the army and ISI chiefs that it will not be business as usual until Shahzad’s killers are identified and brought to justice,” Adams said. “If the government does not set up such an investigation or the military and the ISI fail to cooperate, Pakistan’s partners should call for an independent international investigation to ensure that Shahzad’s death does not become yet another example of impunity in Pakistan.”

I am forwarding this email to you for your record only if in case something happens to me or my family in future.

The meeting discussed the following issues.

1-Syed Saleem Shahzad told Rear Admiral Adnan that an intelligence channel leaked the story. However, he added that story was published only after a confirmation from the most credible Taliban source. Syed also explained that DG ISPR was sent a text message about the story, but he did not respond.

2- Rear Admiral Adnan Nazir had the view that story caused a lot of embracement for the country but observed that issuing a denial from the government side is no solution. He suggested Syed Saleem Shahzad should write a denial of the story.

3- Syed Shahzad refused to comply with demand and termed it impractical.

4-Rear Admiral Adnan was curious to know the source of the story as it is a shame that information would leak from the office of a high profile intelligence service.

5- Syed Shahzad called it an intelligence leak but did not specify the source.

6-The conversation was held in an extremely polite and friendly atmosphere and there was no mince word in the room at any stage. Rear Admiral Adnan Nazir also offered Syed Saleem Shahzad a favor in following words.

“I must give you a favor. We have recently arrested a terrorist and have recovered a lot of data, dairies and other material during the interrogation. The terrorist had a hit list with him. If I find your name in the list, I will certainly let you know,”