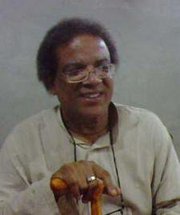 Prof. Saba Dashtiyari came from the slums of Lyari to become a voice of freedom – By Imtiaz Baloch

Editor’s Note: We are printing this contribution from our valued contributer, Imtiaz Baloch.  The marginalization, oppression and massacre of the Baloch that started with Jinnah in 1948, sadly perpetuated under Bhutto and which has reached a crescendo in the last five years, has failed to prick the conscience of our yuppie-puppie civil society youth. This elite segment of our society will rally behind compromised and corrupt bureaucrats and Islamist politicians in their “movements” and “dharnas” but are defeaningly silent on the genocide of the Baloch.

Prof. Saba Dashtyari was born in a poor family in the slums of Lyari in Karachi and  died in a hail of bullets in the capital of Balochistan, Quetta. By giving his life, Prof. Dashtyari has established his place in the hearts of the Baloch people.

My hands are still shaking and the tears in my eyes have not dried since I first heard the news of Prof Saba Dashtayri’s assassination.

I first met Prof. Dashtayari on a bus to the University of Karachi.  The meeting with Prof. on the bus to Karachi University stirred my interest in Balochi poetry and literature and opened my mind on Baloch history and language. 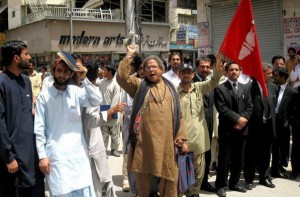 This great man completely changed my political outlook. One could always find him in his typical shalwar- kameez, and glasses, sharing emotional hugs with Baloch political workers in processions and protests against the slow-motion genocide of the Baloch people.

According to the eyewitnesses, masked persons gunned down Professor Dashtiyari on Wednesday night, but few doubt these killers were allegedly goons of Pakistan Army in Quetta, the capital of Balochistan. The professor instantly succumbed to the injuries after receiving bullets in his head and neck. This assassination further substantiates the state policy of eliminating the Baloch scholars, intellectuals, poets, and teachers by the death squads of Pakistani Army.

Prof. Saba Dashtyari was born in a poor family belonging to the slums of Lyari, Karachi in 1953. Along with being fluent in Balochi and Urdu, he knew English, Persian, and Arabic with an in-depth understanding of history and philosophy.

Cowardice seems to be the destiny of this Godforsaken county. The Pakistan Army and its network of agencies have failed to stop the militancy of the Taliban, but this nuclear-armed state is showing its brutal force against the poor Baloch masses and its intellectual elite. Balochistan is under colonial occupation by the Pakistani military for the last 62 years.

Today the Baloch motherland will embrace the first martyred Baloch linguist, poet, writer who not only donated his monthly earning to the Zahoor Shah Library but also sacrificed his professional teaching career to join the movement of armed resistance for the national liberation of the Balochistan.

After the martyrdom of Baloch National Movement chief Ghulam Mohammed, Professor Dashtyari took the responsibility of organizing and educating the Baloch youth. He was an active participant in protest rallies and an outspoken advocate of independent Balochistan. He sacrificed his life for the rights and freedoms of Baloch people.  Prof. Dashtyari felt and expressed the pulse of common Baloch in his beautiful poetry. In his death, he has become the mirror of the Baloch national struggle, shining the path to freedom.