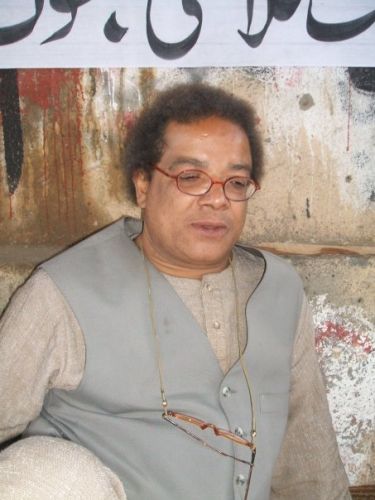 This is a very symbolic exchange between Professor Saba Dashtiyari and a woman who was so angered by the contents of the professor’s speech that she actually went in front of the stage and ordered him to stop speaking. The professor asked her one very simple question – “Aap sach se kyun darti hain?” A very simple question, but one whose answer contains all the bloodshed and violence that the establishment has perpetrated on the people of Balochistan since the formation of the country. The Pakistani establishment is unable to deal with reality as it is. It is unable to accept the grievances of the Baloch people, and so manufactures fairy tales of “foreign hand” in order to justify the violence that it continues to hand out. The root cause of the violence is, as the professor pointed out so eloquently with his simple question, this inability to deal with reality. As he says later in the speech: “hum logon me such sunnay ka hosla nahi hai. tabhi aaj hum itnay bohranoN se dochar hain”

After watching this video, and reading this obituary of Professor Dashtiyari one feels a deep sense of loss that someone with such profound insight into the state of Balochistan is lost to this world forever. Someone whose insight and liberal perspective could have been used to understand the grievances of the Baloch, but instead he was prevented from talking – first by the censorship we see in this video and finally by the bullets that took his life.