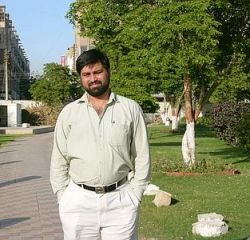 The LUBP team is deeply saddened and stunned to hear this news.

Reports claim that it has been confirmed that his body has been identified and showed signs of torture.  Earlier it had been reported that Shahzad’s car had been found in Sarai Alamgir and a body had also been discovered nearby. However, it had not been identified at the time. Police also reported finding a diary in the car with many contacts listed inside it.Days before his disappearance, Shahzad had authored an article that alleged links between navy officials and al Qaeda.

As evidenced by the wide outpouring of condemnation and anger on different discussion groups and social networks, there is not much confusion this time around as to who is responsible.  In his tragic death, Mr. Shahzad has succeeded in exposing the Deep State for all to see…..

We invite our readers and supporters to share their thoughts on this tragic and horrible development as we wish his family our deepest condolences.