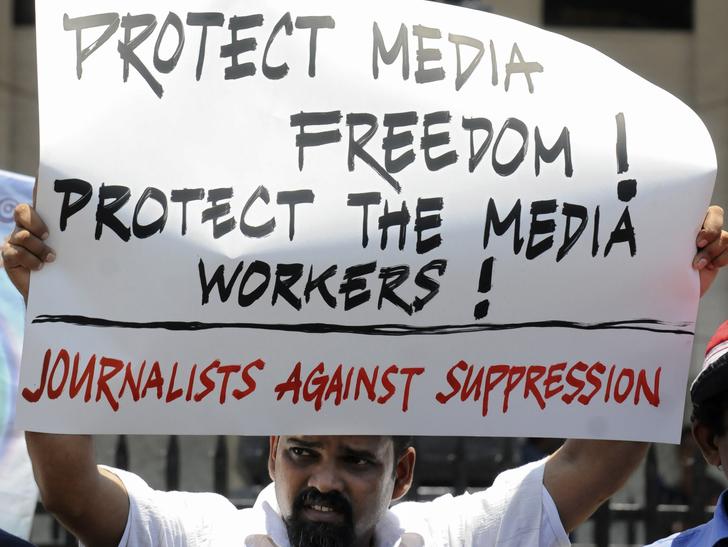 Editor’s note: As bloggers, we are deeply concerned about the disapperance of Syed Saleem Shahzad. The following note below has been submitted to us by a valued contributer and supporter.  This event could be seen in the light of Mr. Shahzad’s recent article on the attack on PNS Mehran naval air station in Karachi on May 22.

Syed Saleem Shahzad is a journalist with the rare distinction of good knowledge of the Talibaan and jihadis. He was picked up during his brief sojourn from his house in F-8/3 to the Dunya tv studio in F-6 where he was going for recording of a program. The last conversation I had with him that afternoon was at around 1600. He tried calling me several times and couldn’t get through so I called him back. We had a brief conversation which started with me asking him about what was happening in the country. I remember his last comment to me that ‘we should stop lying to ourselves. Whatever we do we should be open about it.’ Next morning I heard of his strange disappearance. Someone at SAFMA office got a call allegedly from some agency claiming that he is alright and will be returned. So far there is no news. What could have happened since Saleem Shahzad had good rapport with the agencies as well? But perhaps it is on the ISI but Naval Intelligence that picked him up. The naval intelligence people are being excessively nasty in the recent past. For instance, they personally intervened in the case of one chap working for a construction company building a house near the farm hous of one senior retired vice admiral.

Since the admiral got upset with stones falling in his driveway due to blasting, he harassed one worker and tied him up in the dog kennel for a couple of hours. Later, the navy chief apologized with the people concerned. Of course, not with the worker. Naval intelligence played a role in intimidating the people. One of my articles on Bahria university was badly mutilated during editing because of pressure from the ‘top.’ The upshot is that naval intelligence either tried to punish Saleem Shahzad or wanted to interrogate him about his sources. They definitely want to hide something for which the journalist is being tortured. May God protect him and bring him back to his family.

Syed Saleem Shahzad was earlier kidnapped by the Taliban in Afghanistan’s Helmand province in November 2006. He was released a few days later.

Shahzad has been working for Italian news agency AKI since 2004.

The journalist community is pointing fingers at intelligence agencies, expressing suspicions they might have picked him up because of his critical stance towards the Army.

Human Rights Watch says, Missing journalist in ISI custody. HRW’s Pakistan representative Ali Dayan Hasan remarked that the ISI remained a major human rights abuser in Pakistan and it frequently kept abusing and torturing those journalists it disagreed with. He further said the HRW had previously documented similar cases of abduction and torture on journalists by security agencies.

Independent journalists’ associations consider Pakistan as one of the deadliest countries for journalists. Media personnel come under attack from both militants and security forces who want only their point of view reported.

Reporters without Borders, a Paris-based media freedom watchdog reported that as many as 11 journalists were killed in Pakistan only last year. Dozens more injured, assaulted or kidnapped.

The Wall Street Journal reporter Daniel Pearl was a victim in 2002, when he was trapped by al-Qaeda with the help of ISI for an interview but abducted and later killed.

It is quite astonishing to note that this is happening in Islamabad, which is always on red alert and under tight security,” said a joint statement by the journalist community. “This will be a great question mark for those responsible for our security.

We strongly condemn this shameful act by secret hands and demand that authorities investigate and find out who picked up Saleem Shahzad, and take necessary actions for his immediate recovery and release,” the journalist community demanded.