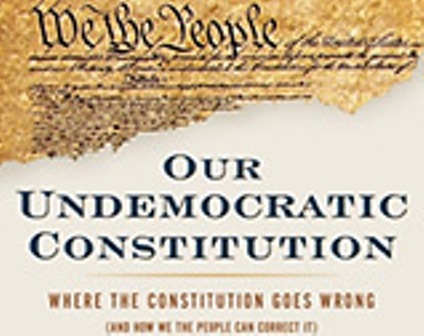 The primary function of a national constitution is to guarantee universal rights and to ensure all citizens of the state are dealt with equally in terms of these rights. The guarantees are
supposed to be unambiguous. But Pakistan’s constitution is a document as ambiguous as the state it governs.

For starters, Article 25 in its Part II titled “Fundamental Rights and Principles of Policy” guarantees equality of citizens while Article 20 guarantees the freedom to profess and practice a religion of your choice. Article 17 guarantees the freedom of association and Article 26 promises non-discrimination. And yet in the constitution’s Part I, titled “Preamble”, Article 2 declares only one faith, Islam, to be the state religion while Articles 42 and 91(3) dealing with the oaths of the offices of the president and prime minister mandate them to be only Muslims. This despite Article 8 guaranteeing that laws inconsistent with or in derogation of fundamental rights to be void.

Clearly this is a muddle. When the constitution, the vision and mission statement of a country, institutionalises discrimination among its citizens – on the basis of faith, no less – a license is created for the privileged citizens to use this patronage to run roughshod over the constitutionally ‘lesser citizens.’ When opposing constitutional guarantees will clash, the groups with access to state resources (or aspirants to them) will sooner or later make it their duty to assert themselves to the detriment of those who have been recognised as less equal. And in doing so they would only be asserting their ‘constitutional right’ to be ‘right’ over those who are constitutionally ‘wrong’.

The litmus test of a state being fair is in the way it deals with minorities, particularly religious groups, and marginalised communities in its domain. On May 28, 2010, the single most deadly attack on a religious minority take place in Pakistan when 88 Ahmedis were killed in gun and bomb attacks on their places of worship in Lahore. 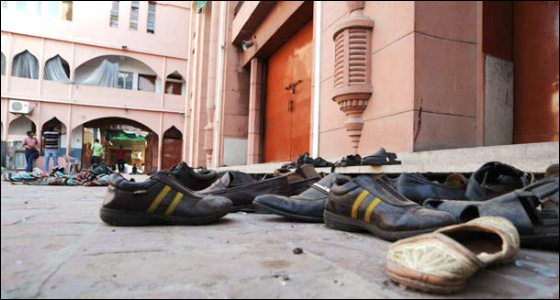 One year on, far from receiving even compensation that Muslim victims of terrorism receive, there has been no progress beyond the Ahmedis filing a report and a charge-sheet based on it being filed before an anti-terrorism court. There have been no hearings, no indictments and no prosecution. Non-action and non-progress by the state in such cases is usually explained away by saying over 30,000 people have been killed in terror attacks in the country over the past 10 years and while there have been arrests and some convictions, the killers of all haven’t also been apprehended, tried and punished.

In Pakistan, the Ahmedis aren’t alone in being at the receiving end of policies and laws that promote discrimination on the basis of faith and encourage a culture of impunity because the state is shy of protecting religious minorities for fear of losing support of the followers of the dominant faiths and their coercive narrative on the degree of equality of citizenship and rights of the religious minorities. According to the Human Rights Commission of Pakistan, dozens of Christians and some Hindus have been killed in attacks in the last three years on the basis of faith, principally driven by allegations of blasphemy. The attacks have not been limited to non-Muslim minorities but also on religious minorities of the dominant faith, Islam. Shias in Kurram and Karachi in particular have been attacked is mass terror acts as have been ethnic religious communities such as the Hazaras in Quetta and Ismailis in Gilgit-Baltistan. All these religious minority groups have been the target of not just physical harm but also of forced conversions and kidnap along with forcible marriages of their girls. It is also not easy for these religious minorities to preach their faiths openly.

With the abject failure of the state to enforce Article 9 (right to security of person), Article 19 (freedom of speech), Article 17 (freedom of association) and Article 14 (inviolability of dignity of man), in addition to the articles mentioned above, forces in the country professing political dominance based on religion see no hurdle in their way to assert themselves through violence. This is especially true in the backdrop of the climate of fear driven by terrorism that prevents all key sections of the state from sticking their necks out for principles like equality of citizens and equal protection and support from the state.

The highest profile case in recent times of an attack on a follower of a religious minority faith was Shahbaz Bhatti, a Christian, who when murdered in early 2011, was a federal minister. His assassination was in response to his support for changes to the controversial blasphemy law. Murderous attacks on the basis of faith are not only restricted to religious minorities but to also their vocal supporters of the dominant faiths. Salman Taseer was assassinated by his own guard when he was the governor of Punjab, also in early 2010, after he publicly defended a Christian woman accused of blasphemy. 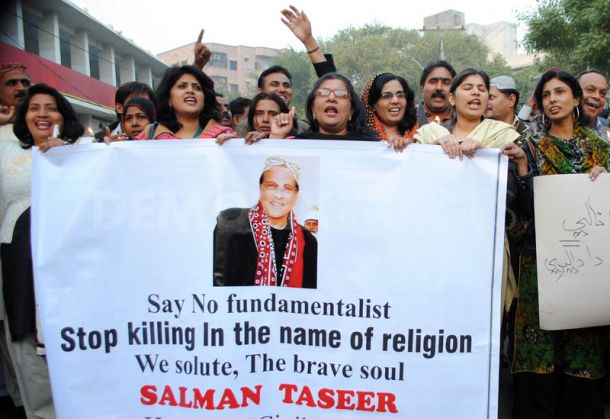 Taseer and Bhatti’s assassinations are the “logical” outcome of a compact signed in constitutional ink. Both murders are related to the issue of opinions that these two illustrious Pakistanis in public service aired on the issue of the application of the blasphemy law. Their assassins publicly asserted their “right” to be offended at a view contrary to theirs, which was merely that the law could be made more effective to stem the tide of its misuse that has landed hundreds of Pakistanis in jail, including Muslims, without recourse to the prospects of justice.

Bhatti’s murder is galling because at least he was a symbol of Pakistan’s fig leaf to the principle of equality. Because there was a collective failure by the state, government, parliament, judiciary and media, the license to kill anyone interpreted by anyone else as threatening Islam has acquired a ‘value-added’ non-legal legitimacy. The killer of Taseer – Mumtaz Qadri – openly admitted to his act with several other colleagues witness to his gruesomeness and yet despite his surrender no one seems in a hurry to prosecute and try him. Not the state, not the governing party of Taseer and Bhatti, not the judiciary. The assassin was garlanded by lawyers as a hero and has, astonishingly, been practically exempted from the applicability of civil laws.

Why are the religious majorities threatened enough by religious minorities in Pakistan to warrant such periodic spasms of intense, deadly intolerance? It is impossible for Pakistan to be both democratic and intolerant, or to progress by discriminating among its citizens on the basis of faith. The promise of the Pakistan of Mohammed Ali Jinnah – who himself was an illustrious member of a religious minority, as were the country’s first elected Prime Minister Zulfikar Ali Bhutto and first Foreign Minister Zafarullah Khan – is a country where there is an equal stake for all its citizens, irrespective of their faith, nationality, ethnicity or gender.

A wise and bold decision: Pak govt refuses to defend Hafiz Saeed in US court
ANP Swat demanded Muslim Khan and Sufi Muhammad to be hanged