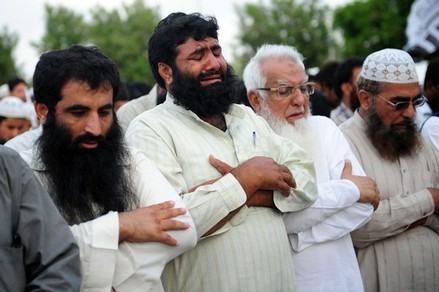 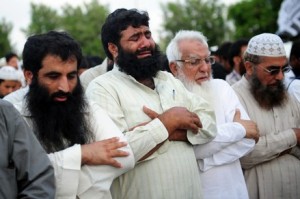 Activists of Pakistani Jamaat-ud-Dawa offer Muslim funeral prayers for Osama bin Laden on a street in Karachi on May 3, 2011. Hundreds of people offered special prayers for Osama bin Laden in the populous Pakistani city of Karachi May 3, where the organisers declared the Al-Qaeda chief as a martyr, police said. AFP PHOTO/Asif HASSAN (Photo credit should read ASIF HASSAN/AFP/Getty Images)