The intelligence organisations in general, and the ISI in particular is not doing it’s job rightly and due to the high level of negligence and security lapses, we have been witnessing incidents like Osama debacle and PNS Mehran. The ISI’s job is to safe guard the state from any danger to its ‘national security’ from outside. so it’s not it’s job to meddle in the political affairs of the country, eavesdrops politicians phones and fund specific parties to create IJI sort of political alliances. 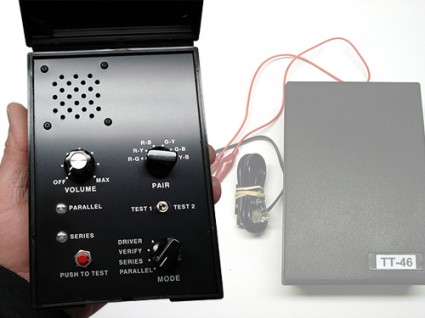 Intelligence agencies are monitoring telephone conversations of political leaders, including some ministers said to be found involved in discussing sensitive security matters, according to federal lawmaker Bushra Gohar of the Awami National Party (ANP).

In a letter to the National Assembly Speaker Dr Fehmida Mirza, she termed the practice “a breach of parliamentarians’ privileges”, and called for initiating a parliamentary probe into the matter. She said that elements who had sanctioned these actions should be identified and held accountable.

“As custodian of the (lower) house (of parliament), you may understand the seriousness of the matter, which may trouble lawmakers because their personal secrets were not safe now,” she wrote.

Although Interior Minister Rehman Malik’s insisted in the assembly that no phone calls were being tapped, she claimed that eavesdropping by the government was a routine matter, referring to Malik’s statement.

“I have requested her to direct the departments concerned to inquire about which agencies are tasked with tapping parliamentarians’ conversations, its purpose and under which law and policy it was being done,” she told The Express Tribune.

The ANP leader also raised the issue with Interior Secretary Qamar Zaman, but he failed to give satisfactory answers to her questions. “I advised him that agencies should tap terrorist phone calls rather than eavesdropping on parliamentarians,” she said.

The Pakistan Telecommunication Authority (PTA) had informed the lawmakers that it had no authority to record private telephone calls. A senior official informed the committee: “We have not been asked to record phone calls of lawmakers,” adding that the authority had no powers to do it.

In another letter, the ANP leader requested the NA speaker to form a committee to inquire into the leakage of the proceedings of the in-camera joint session of parliament, held after the death of al Qaeda chief Osama bin Laden in Abbottabad on May 2. “It is a mockery of the proceedings of House and a blatant violation of lawmakers’ privacy and a breach of public trust,” she said.

“I recommended that in-camera sessions of parliament should not be summoned if [such] blatant violations cannot be avoided.”

“We (parliamentarians) serve the public under an oath to preserve secrecy for national interest and we must abide by it, following the rules of parliament,” she told The Express Tribune.

She expressed her concerns over Information Minister Firdous Ashiq Awan’s statement that the ‘ISI chief admitted the failure of agencies in the Abbottabad operation.’

“The information minister should preserve secrecy abiding by her oath,” she said. “Awan herself gave the statement at a time when in-camera session proceedings were going on, on May 13.” The ANP leader was of the view that the NA Secretariat staff might have been involved in leaking the proceedings. An investigation was also necessary in this regard, she added.