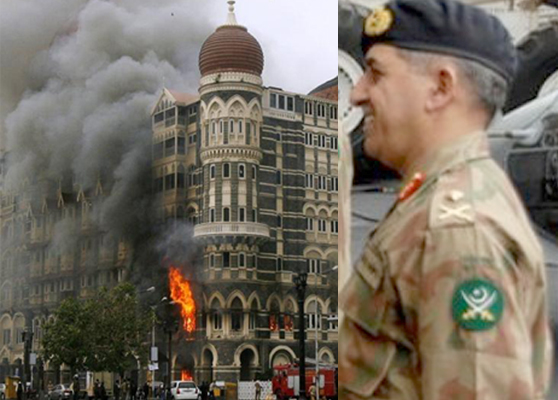 NEW DELHI: Pakistan’s former foreign secretary Shaharyar Khan has acknowledged that ISI might have been involved in the 26/11 attacks on Mumbai — in the first-ever confession of its kind by a member of Pakistani establishment.

In an interview to an Indian TV channel on Saturday, Khan said that “low-level” ISI personnel may have been involved in the terrorist attack on Mumbai. Speaking against the backdrop of the disclosures made by David Coleman Headley about serving ISI officers — Major Iqbal and Major Sameer — Khan told the Indian channel, “I think there is no doubt that whosoever is this Major Iqbal is, was in touch with this man (David Headley),” he said. “I think I would certainly accept that,” he added.

So far, Pakistan has been in denial about the existence of the two serving ISI officers, who were crucial to the terror plot against India.

The statement comes at a time when Chicago trial of 26/11 co-accused Tahawwur Hussain Rana and Headley’s testimony in the same court has trained the spotlight on the use of terror by ISI to promote Pakistan’s strategic objectives. This is sure to add to the embarrassment that Pakistan has been reeling under since Osama bin Laden was found to be hiding in plain sight in the garrison town of Abbotabad.

In his interview to CNN-IBN, Khan tried to backtrack soon after admitting ISI’s involvement in the Mumbai attack. “But the crucial question is that did Major Iqbal act under instruction from ISI hierarchy or is he one of these people who are operating on their own at lower levels,” he said.

Seeking to retreat, he further said he had doubts over ISI and army institutions taking part in something like Mumbai attacks as that would be “counter-productive”.

According to Headley, it was Major Iqbal who took the decision on the list of targets and also facilitated training of terrorists by Pakistan navy. Headley admitted himself being trained by Iqbal in a safehouse near the Lahore airport.

Khan was Pakistan’s foreign secretary for fours years from 1990-94. After his retirement, he was involved in Track II diplomacy to improve India-Pakistan ties. He is also a former chief of Pakistan Cricket Board.

On the possibility of Pakistan’s nuclear assets falling into hands of jihadis, Khan said he was confident something like that was not going to happen. When asked to elaborate further on the threat and that if he could completely rule out possibility of jihadi sympathizers infiltrating into Pakistani forces to acquire weapons or fissile material, Khan said, “I will not be 100% sure but 99% sure that this will not be allowed to happen.”

On the notion that Pakistan Army is not taking a hard enough position against anti-India groups, he said there is a feeling in Pakistan that this attitude has to change. “Now after bin Laden, Karachi, they must think that terrorism, not India is the major concern…This feeling is surely going to be accepted by the army,” he said.

Source: The Times of India