General Zia — a murderer, tyrant, usurper and a monument of moral bankruptcy — was the greatest patriot during his 11 years of misrule 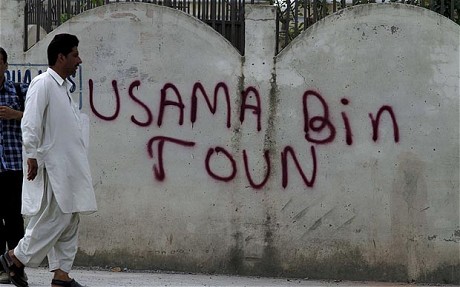 During my time as a student of English Literature at Government College, Lahore, my most unexpected but lasting discovery was Dr Samuel Johnson, who is remembered for many things such as his Dictionary and being the most well read person of his time. Since he was not in the MA English syllabus, he was not read in any significant detail, and the only way to learn about him was while studying the history of English literature.

It was by pure accident that I got hold of a small book containing details about Dr Johnson’s life. Somewhere I read his observation, “Patriotism is the last refuge of a scoundrel.”

To me, Dr Johnson’s assertion was no less than an epiphany. At that time, General Zia was the master of our destiny, and there was a great emphasis on ‘be Pakistani, buy Pakistani’ and ‘I am Pakistan, you are Pakistan. Pakistan is my soul, my honour, my religion (iman)’. Those singing these jigs were on the side of martial law and had gained all the material advantages at the cost of the people of Pakistan. They were democracy-haters too. How true is Dr Johnson’s statement I thought. General Zia — a murderer, tyrant, usurper and a monument of moral bankruptcy — was the greatest patriot during his 11 years of misrule.

But he has not died. He lives through the type of non-biological children he has left behind, and they are all over and include the azaad (free) and hibul watan (patriotic) media. The media has given ample proof of its patriotism (such as during Benazir’s two terms as prime minister, and its support of what it called “the freedom fighters” during our generals’ misadventure in Kargil). However, the greatest expression of our media’s patriotism came after the American Navy SEALs killed Osama bin Laden on May 1. The killing itself is insignificant compared to what is at stake: the credibility of the army and its intelligence wing, the Inter-Services Intelligence (ISI). He was killed in the safest possible place in Pakistan. His castle was less than a kilometre from Pakistan’s premier military academy. Before any Pakistani could hear or say that the army had been sheltering and protecting Osama, the media launched a nonstop blitzkrieg to divert the Pakistani people’s attention to other issues by scaring them with the spectre of the ‘evil’ forces out to destroy Pakistan’s ‘sacred’ institutions (army and ISI). Hundreds of examples can be cited here, but a few representative ones should suffice. 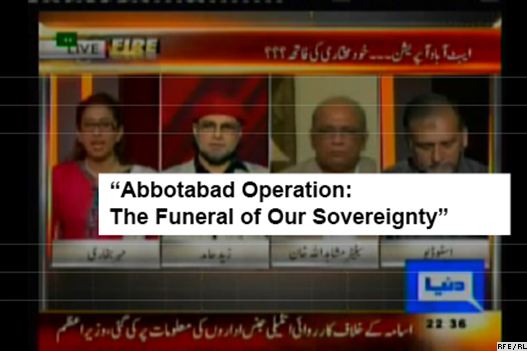 One ‘household name’ anchor began his talk show with quivering lips and teary eyes, saying that the chief of the CIA had slapped the face of the Pakistani people (“CIA kay chief nay Pakistani qaum kay munh par tamacha maar dia hai”). He was referring to the statement of the CIA boss saying that either the ISI was incompetent or an accomplice of Osama. This anchor then pushed his chosen guests to defend the honour of the people of Pakistan and their noble institutions (read the army and the ISI). He did not accept that the ISI could do any wrong, something that the ISI chief himself could not say. In his 50-minute harangue, this household name successfully diverted some of his gullible viewers’ attention away from the real issue: the incompetence or complicity of some army and ISI officers in harbouring Osama. Even General Musharraf said that some “rogue elements” in the army and the ISI may have been involved in hosting Osama, but this great household name of an anchor refused to see, hear or say any evil.

One anchor who can see the suffering of the people of Gaza from the shore of Karachi, but cannot see the (Pakistani) people of Parachinar being routinely killed by the army-backed Haqqani Taliban, went hysterical, telling his viewers that the Americans jammed Pakistan’s radars when they raided Osama’s castle. The issue in his opinion was not where Osama was found and who sheltered him, but the “fact” (haqiqat) that now “the Americans will look for Pakistan’s secret defence-related (i.e. nuclear) installations in the name of searching for terrorists. Our (nuclear) sites are not safe anymore.”

One anchor began and concluded his show thus: “How long will the Americans continue to violate the sovereignty of Pakistan?” Thundered another anchor: “As if drone attacks in Pakistan’s northern areas were not a blatant violation of our sovereignty! Now they are attacking us so close to our capital!”

An anchor, a Taliban apologist who makes strange claims about how people think and react vis-à-vis the Americans, speculated about which Pakistanis had been collaborating with the Americans — implying that the civilian government of President Zardari had facilitated the action, and by doing so had undermined the armed forces (musala afwaaj). Yet another anchor said: “I am standing on a pile of ashes and a volcano is raging inside me. Out national honour has been violated!”

Not a single anchor said that the army, or some rogue elements in the army, should be held accountable for harbouring Osama. No one asked a basic moral question: when you have taken billions of dollars from the Americans and have promised to act against the terrorists, why would you support the super terrorist? In order to divert people’s attention from the culprits who gave sanctuary to Osama, our anchors in their ‘patriotic love’ of Pakistan and its sacred institutions have slaughtered facts at the very first opportunity. Welcome to Dr Johnson’s Pakistan.

The writer is the author of Two-and-a-Half Words and other stories. He can be reached at hellozaidi@gmail.com

Click here to post a comment
Is the security establishment ready to abandon its undemocratic policies -by Arshad Mahmood
The GHQ has got it wrong! -by Khaled Ahmed