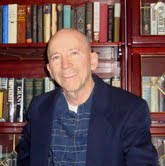 Related post: To the honourable generals of Pakistan army – by Rashid Aurakzai

After Friday’s suicide bombing in Charsadda by the Pakistan’s Taliban, the first major attack to avenge Osama bin Laden’s death, Pakistanis should be alerted to the new round of anti-American sloganeering. The double suicide bombing on the paramilitary police training centre was a cowardly attack on unsuspecting newly trained paramilitary cadets, unarmed, in civilian clothes, relaxed and ready for a 10-day leave. Pakistani Taliban spokesman Ehsanullah Ehsan coldly stated, “This was the first revenge for Osama’s martyrdom. Wait for bigger attacks in Pakistan and Afghanistan.” Just last week the Taliban threatened to attack security forces to avenge bin Laden’s killing by the US helicopter raid in Abbottabad. Make no mistake about it, this is not about the U.S., and it is time for Pakistan to do some soul searching about root causes.

To confuse matters more, senior Pakistani police officials are now saying that the Charsadda suicide attacks were probably retaliation for an army offensive in Pakistan’s tribal areas and not for the death of Osama bin Laden as the Paskitani Taliban claimed.

However, fewer people are falling for the smokescreens set up by the Pakistan security establishment to deflect attention away from their strategic goal of using Islamist mercenaries as an instrument of foreign policy.

Those who can see through the security establishment’s double game should be clear in their minds that the Charsadda bombing was directed by ISI to prove to the US and to the Pakistani public that Pakistan army is a victim.

In an otherwise intelligent article, found at this link, entitled, “Our Own Destroyers,”

http://www.thenews.com.pk/TodaysPrintDetail.aspx?ID=46782&Cat=9  the writer, Ayaz Amir predictably repeats the current Pakistani mantra, now expecting to gain new momentum with the tragedy at Charsadda, “Let us condemn the US by all means,” for its action in Abbottabad. Amir, who makes a good deal of sense in the article, makes the comment on the U.S. in passing; as if it is understood by all, only then can we move on. His argument for a re-examination of Pakistani “cherished concepts,” is sound advice, but then he leads once again to the “party-line” of anti-American rhetoric, i.e., we may criticize our duplicitous Pakistani military and ISI, as long as we all end up agreeing that we all are against the U.S.. This is counterproductive and short-sighted.

The tacit understanding is that the U.S. is the enemy. The Charsadda will be framed as revenge against Pakistan because of Americans. This diverts attention away from the real enemy. The narrative goes: sovereignty breached, drones dropped and UBL nabbed, embarrassingly found in our midst, foreign aid is only to control us, etc. An objective observer could conclude there are reasons WHY the U.S. was forced to have your “sovereignty breached, drones dropped and UBL nabbed in our midst.” Namely, the CIA can’t share information with the ISI or it is compromised, the TTP goes unharmed by Pakistan military, and UBL was ignored. By the way, U.S. foreign aid has not managed to influence Pakistan in any way. This money is diverted internally, from the intended civil society, to military with no complaints from either your government, or your civil society. This is an internal issue within Pakistan.

The issue in the article I mention above suggests that the status quo in Pakistan never seems to improve. But, keeping the current status has to do with a real and present danger. While, President Zardari, the PPP (and recently the Finance Minister, Abdul Hafeez Shaikh, in a speech to business men in the U.S), all confirm that a secular, pluralistic and economically successful Pakistan can be achieved and is the goal. Alas, no one dares challenge what prohibits these goals: the Army / ISI duplicity. Anyone, including the government, who challenges the security establishment, is at risk of becoming another victim of assassination – or, worse, a military coup. This is the same reason the blasphemy laws haven’t changed- fear. Even given, that the fear may be understandable, how long do we want to live this way? I propose that it isn’t the U.S. that is the enemy. The enemy is from within.

The military has always been the power base for Pakistan, historically ready to insert a coup and impose martial law under the auspicious of control, using the excuse of alleged corruption of politicians (corruption can be manageable- it is endemic in much of global politics. This doesn’t make it acceptable, but it isn’t a deal breaker. Corrupt officials can be brought to justice, but an authoritarian military, unchecked, can be a nation’s worst nightmare); and a coup thus, takes control of the nation, “for the nation’s own good.” My thesis is not to demonize the military and ISI, per se. Let’s be fair. Objectively speaking, the Pakistani Army and ISI are NOT inherently bad to the core. This is a matter of civilian control of the military, and reorganization. Both Pakistan military and ISI have done good things for the country. Let’s face it, the ISI has worked WITH the CIA in many common goals in the past. It’s raison d’être should be national security. The Pakistani military, on one hand, has been a force for good – international security, active during the floods, providing a nuclear stalemate in the region, past successful campaigns into Waziristan, but on the other hand, following “strategic depth,” has shot itself in the foot, and used too much of the Pakistani budget for arms instead of education and societal infrastructure. So, the issue may be a singularity- the unofficial policy of sympathy with Islamists that the military/ISI allows to infest its ranks.

Unless General Kayani and General Pasha come to their senses, are replaced, or effectively overruled by the REAL civil society aligned with the elected government, there will continue to be clandestine ops that ends up with the UBL’s of the terrorist world in your backyard, Mulla Umer stashed away, and harmful alliances with the Haqqani network continue, creating a divisive relationship with the U.S. and ultimately, not protecting the non-radical Pakistani society. I hardly need to remind anyone that this includes continued discrimination of Balochs, Shiite minorities, tribal safety and women’s rights. The current situation includes this, and billions of U.S. Foreign Aid for military build-up, justified using the evil-India rhetoric. Meanwhile India uses its wealth to repair infrastructure and economic growth. The other paradoxical reality is that even given 100 Pakistan-nukes, the military consensus is that India would still overwhelming win, in a war with Pakistan. However, both countries would be devastated. Just as in the Cold War US vs. USSR, such a war would make no sense for either nation. Why not reach out to India? Answer: pretending that India is a threat, keeps the duplicitous Strategic Depth connection with radicals necessary, and diverts money to the military. Why not partner with the U.S. against the terrorists? Reach out to the U.S. to concentrate foreign aid away from military and into province-infrastructure? Because of similar old narratives, stale historical baggage, and perceived missteps by past U.S. policy still clouds current reasoning. In blaming America, we don’t have to take responsibility for our own fate, and we can remain victims. The military will protect us. But, who will protect us from the military?

A solution might be a powerful secular leadership from the top, or a grassroots uprising from below, that connects Pakistani people and with elected officials, in taking back civilian control of the Pakistan Army and over ISI leaders. Another abiding truth: the powerful Pakistani Army, together with ISI intelligence, in partnership with U.S. drones, rooting out its Islamist fundamentalists, have the capability to decimate the entire radical element in FATA with virtually no collateral damage within a year’s time. Then, resources could be infused into educating the disenfranchised, advancing the fiscal welfare of the marginalized, bringing minorities into the fold, and building communities.

I will admit that the other alternative is to turn to China. I believe that China can help Pakistan only in the short run, given its self-absorbed and brutal authoritarian history, it is an unstable ally. Despite the articles that exaggerate their achievements, this year the UN report states that: China’s poor population, live on less than $1 a day, tallied 150 million. http://www.un.org/News/Press/docs/2011/soc4772.doc.htm

The current narrative in the U.S. of moving away from Pakistan and closer to India, to force Pakistan to get serious with terrorists, is as equally ill-conceived  notion as the Pakistan/China alliance (to be clear, I believe both the U.S. and Pakistan should do business with China, I am only referring to military alliances). But, this is not the final reality in Pakistan. With new claim that the Charsadda attack was brought on by the U.S., further unnecessary souring of relations will benefit the terrorists only. It is no wonder Pakistan cannot work with the U.S. for common goals in this environment of double-bating.

No wonder the American public opinion is turning against Pakistan- Pakistan refuses to work with the U.S. in capturing al Qaeda, then condemns the U.S. for going after al Qaeda ourselves- note that it was a surgical strike accomplished with the smallest U.S. troop footprint imaginable. Followed by the American President bending over backwards to include the great things that “Pakistan government” has done to “assist” in the war on terror. Who among us, do not realize, that if the Pakistani military had been tipped off about bin Laden, bin Laden would have been tipped off as well? What do the Pakistani people expect? Pakistan is a U.S. “ally,” but, an atypical ally in this sense: How can the U.S. trust Pakistani military, when the Pakistani civil society and elected government cannot trust its own military or security establishment?

CNN’s Eliot Spitzer reported May 12, 2011 on, “In the Arena,” that their sources within Pakistan uncovered that Prime Minister Yousaf Raza Gillani’s speech in National Assembly was written and provided “not by the Pakistani government, but by the Pakistani military.” Their guest, Fareed Zakaria when asked, “who runs Pakistan, the elected government, or the military?” Zakaria stated, “the Military.” He went on to say that it is understandable that the U.S. picks the military to communicate with in Pakistan because of the solid organizational structure of the military, but that it is “short-sighted.” In other words, it is a mistake for the United States government to deal with the military, Zakaria then sensibly suggesting that the United States government think “long term” and should deal only with the elected government. The implication being that if the full weight of civil society joined with the Pakistani government the military could be pressured to step back and allow the elected government to conduct policy. This is a powerful thought. As for PM Gilliani, his loyalty to the PPP is putting him under enormous pressure of the Taliban and perhaps it is understood that he has to use political caution for self-preservation.

Here is an excerpt from the telecast:

How defeating is the current situation, though, when elements of the military insist on protecting its own personal radical Islamists? Where is the largest group of terrorists in the world? Pakistan. Who is currently available for the U.S. to work with for common goals-minimizing and eradicating Wahhabi jihadists? Answer: the Pakistani military. Now, is it any wonder the choice was to cross Pakistani borders to take out the person most responsible for 3000 innocent deaths on American soil. No- I don’t think Pakistan should be condemning the U.S. Perhaps it is the people of Pakistan that need to do some soul searching.