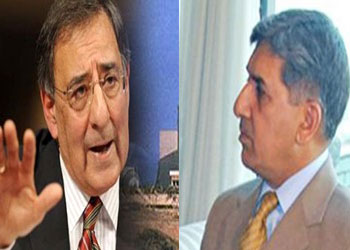 Almost three weeks before Osama bin Laden was killed by a US military raid in Abbottabad, the heads of Pakistan and American intelligence agencies spent most of their meetings talking about the whereabouts of the world’s most wanted man during their discussions at CIA headquarters in Langley, Virginia on April 11, 2011. But the ISI chief had maintained that his agency has no clue of Osama’s whereabouts.

At the time, the media had reported that the visit of Lt Gen Ahmad Shuja Pasha, the head of the Inter-Services Intelligence (ISI), to the US was meant to repair ties with the CIA, which had then been damaged due to the arrest of an American intelligence operative over the killing of two Pakistanis in Lahore.

When those discussions were taking place, Pasha had little clue that the CIA already knew the location of Bin Laden’s hideout and was planning to eliminate him, they said. At the marathon discussions, Panetta asked Pasha about the whereabouts of al Qaeda leader.

“He (Osama) could be hiding anywhere”, was Pasha’s reply. The CIA chief wanted a more specific answer. The ISI chief said Osama might be hiding in any urban area, but did not have any further details. “Had the ISI known about his whereabouts we would have tracked him down”, said a security official, privy to the discussions. There are, however, those in the Pakistani intelligence who claim that the Pakistan military and intelligence agencies knew about the operation in advance and the meeting between Pasha and Panetta was meant to finalise that plan.

Click here to post a comment
Obama administration is divided over future of U.S.-Pakistan relationship -by Karen DeYoung and Karin Brulliard
Press: In chains of another kind -by Waseem Altaf