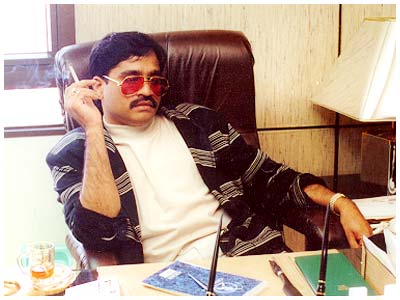 Underworld don Dawood Ibrahim’s son, Moin, would get married in Pakistan and not in Dubai. The number of guests from across the world has been reduced drastically to avoid any problem. The don, 57, may not attend the ceremony and bless his son and daughter-in-law over video conferencing.

Sources said no family member from Mumbai will attend the wedding. They said Dawood is avoiding Dubai because it is not as safe Pakistan. He fears that the Indian agencies can get him there and that the UAE authorities may not protect him due to the US pressure.

The gulf nation deported 16 gangsters, including Dawood’s younger brother, Iqbal Kaskar, to India after a shootout in an Indian club in 2003. The gangsters were later acquitted. “Dawood would never want such a situation (again),” said a source.

Indian intelligence agencies are closely monitoring Dawood gang’s activities. Phones of his several aides are being intercepted and it has been concluded that the wedding will take place in Pakistan. Dawood, designated as a global terrorist in 2004, is among the top 10 wanted men in the world.

“The plan may be changed later on,” said a security establishment official. Dawood stays at Karachi’s upmarket Clifton Road with his family. Moin, a graduate, will be marrying a Pakistan-born Canadian garment businessman’s daughter. Dawood’s eldest daughter, Mahrukh, married Pakistan cricketer Javed Miandad’s son Junaid in 2005, while his second daughter, Mahreen, tied the knot with a Pakistan-born US national last February.

Dawood has become more cautious after the US operation that killed al-Qaeda chief Osama bin Laden in Pakistan. The don slashed the guests list from thousands to just a few hundred though he wanted a grand reception for his son’s wedding.

“The Pakistani security agencies have suggested Dawood not to mingle with new faces at the wedding and try using a video conferencing facility to observe nikah,” said a source. The nikah takes 15 minutes and will be performed in a nearby mosque. Sources said the nikah was initially scheduled in a shaamiyana but the venue was changed after bin Laden operation.

Dawood has not threatened or spoken to the gang’s targets in the last seven years. “His close friend, Chhota Shakeel, generally takes care of the gang’s operations,” said an officer.