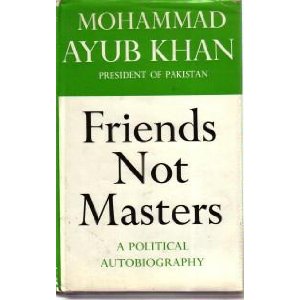 The Pakistan army has a long history of collaborations and working as an ally to the United States and other western powers.  It has also earned billions of dollars from this friendship. However, unfortunately it has not been dealt with as an ally as  per the complaints of General Kayani  quoted in Wikileaks.

Recently, the United States bypassed the whole negotiation process and took Osama from our  custody in a way therby causing our noble and reputed institutions a great deal of embarrassment.

To clarify our position as a friendly complaint from our allies in the  war on terror, it is suggested to write this book as a sequel to the book written by Field Marshal Ayub Khan  post-1965 on the then status of US-Pak relations.

After defining the broad scope and outlines of the book, writers will be asked to prepare questions on the theme of different chapters. The question- and-answer sessions will cover a span of period from 9/11 to May 2, 2011. Then the questions will be asked from ex-COAS General Musharraf and His Highness serving COAS General Kayani. The tape- recordings of these sessions and the transcripts will be reviewed by a team of serving and retired Army Generals (PESA)  Then the writers panel will go for it to shape it as a book titled as “Friends not Masters 2” 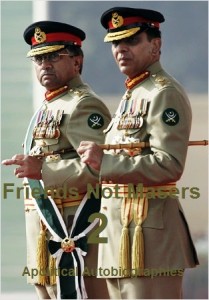 Experience: 10 – 15 Years
Location: Rawalpindi or any major city of Central Punjab or Khyber Pakhtunkhwa.
Compensation: Salary plus package negotiable (will be paid through the Kerry-Lugar-Berman aid package)
Education: Masters from any reputed University of United States or UK

Desired Candidate’s Profile: The Candidate should have a good experience as a writer with a reputed publishing house, newspaper or magazine

Job description: Professional writers who can write & monitor on various subjects, related to military history, international relations, US-Pak relations, defense analyses.  The writer must have family and/or share the ideological views of the Pakistan Army

Click here to post a comment
PPP and PML-Q: The odd couple — By D. Asghar
Fake criticism of Pakistan army by a budding writer Shahid Saeed