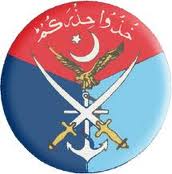 We have been talking about the various assets of the ISI in our media. Whether they do everything at the orders of theirs masters cannot be confirmed, however, they do feel it is their moral duty to give one theory after another to justify their previous lies. Off course, if a person does believe in the saying “Sharam tum ko magar nahee aati” or in English “You are just not ashamed!”, then all these assets of the ISI would ideally retire. Unfortunately, as they are puppets being managed by a puppeteer, they are never ashamed and come back with one theory after the other just to justify their fallacies. As they say in Urdu “Aik jhoot chhupanay kay liye 100 jhoot bolnay partay hayn”, the ISI assets just keep doing that.

Some of the eminent ISI assets in Pakistan include the likes of Syed Talat Hussain, Javed Chaudhry, Hamid Mir, Kamran Khan, Mushtaq Minhas etc  but no one beats Ansar Abbasi! The man just doesn’t know how to stop. Last 12 months have not been very good for him. Having been embroiled in a defamation case with a former PPP spokeperson, Ansar Abbasi has only been going downhill. Firstly he came up with a “for your eye only” report that

talked about a possible “assassination” of Khwaja Sharif which tried to implicate that actually assassinated Salmaan Taseer. Later on he was at the forefront of leading the judges into a conclave in October 2010 based on hearsay. Then his true colors could be seen when the Raymond Davis saga unfolded. While spewing his venom on an hourly basis on prime time TV and daily basis in The News and Jang, he even went on publish the names, passport numbers and details of visas issued to Americans in Pakistan. Off course, this kind of information can only be fed by the masters. He had to eat a lot of humble pie after Raymond Davis was freed taking the diyat money of Rs. 200 million  with the ISI and his other masters, PML N Government in Punjab facilitating the release.

Osama Bin Laden’s killing and that too in Pakistan in a garrison city has shocked not just the Army and ISI but also their puppets/assets. In order to justify their stories/lies/theories, they have now started focusing on security of our nuclear assets to trumpet support for the Army and ISI.

In today’s The News and Jang, Ansar Abbasi has presented yet another whacky story that Diplomats were caught neat the Kahuta nuclear site and that too just a day before OBL’s killing!!! I don’t want to comment much, but Mr. Ansar Abbasi, please download Google Earth and get to zoom into Kahuta area to see the pictures of our nuclear site.  In a country where no one is safe, do you really expect British and American diplomats to venture into Kahuta area? When the Americans can track OBL in a city and that too a Pakistan Army influenced and controlled city through their savvy equipment, do you think someone will go to Kahuta just to take pictures?

This is yet another attempt by Ansar Abbasi, his gang and his masters to increase their worth which is not even worth a penny now!!!! Grow up!