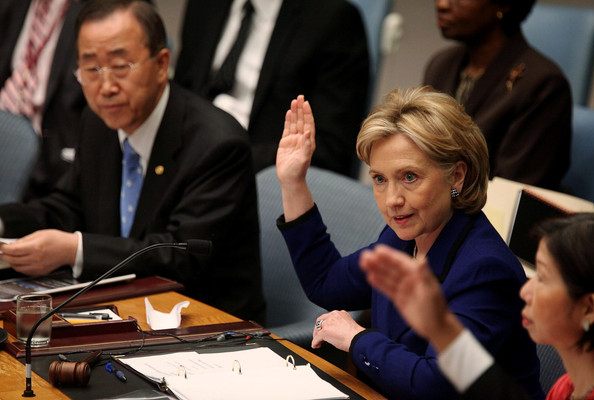 On BBC’s Secret Pakistan and Ejaz Haider: Their denials and propagandists – by Abbas Daiyar

A comment on Bruce Riedel’s proposed accountability of Pakistan army

The aim of this post is to initiate a debate about the need for a UN Special Commission to rid Pakistan and the entire world of the Pakistan Army Sponsored Jihad Enterprise and to restore the supremacy of democratically elected leaders over the military bureaucracy.

We propose such Commission to be mandated through the United National Security Council to verify Pakistan Army’s compliance with its obligation to be rid of its international proxy war (Jihad Enterprise) in Afghanistan, Kashmir and elsewhere, and to operate a system of ongoing monitoring and verification to ascertain that Pakistan Army does not violate the specific conditions prohibited to it by the Security Council.

In conformity with the Charter of the United Nations, the Commission’s staff will be selected on the basis of securing the highest standard of efficiency, competence and integrity, taking into consideration the importance of recruiting staff on as wide a geographical basis as possible. The Commission’s staff will include legal and constitutional experts, political and social scientists, guerilla/proxy war specialists, weapons specialists, analysts, scientists, engineers and operational planners.

The Commission will have its headquarters at the United Nations in New York, however, the operational headquarters will be located in Islamabad with sub-offices in Muzaffarabad, Kabul, Sri Nagar, Quetta and Peshawar.

British Prime Minister, David Cameron, has boldly stated that Osama bin Laden must have had a “support network” in Pakistan to live undetected for several years. He said the Pakistani authorities (in fact Pakistan army) would have to face “searching questions” over the al-Qa’ida leader’s comfortable existence in the fortified compound stormed by US troops. He said he did not want a “flaming great row” with a Pakistani [civilian] leadership which was committed to tackling terrorism. But Mr Cameron made clear he suspected [army] officials within the country of helping Bin Laden to hide from view. He said in a statement to MPs: “The fact that Bin Laden was living in a large house in a populated area suggests that he must have had a support network in Pakistan. We don’t currently know the extent of that network, so it is right that we ask searching questions about it – and we will.” (Source)

Prime Minister Cameron, President Obama, Madam Secretary Hilary Clinton and Senator John Kerry must be lauded for their nuanced understanding of a complex issue and the differentiation between the democratically elected Government, which wants to cooperate with the global community vs the ambivalent and troubling stance of the security establishment.

Some details of the surgical operation by the US Navy Seals which resulted in the elimination of OBL have started to emerge. Based on published reports and certain classified information, it can be confirmed that:

1. The US had done complete homework including identifying and earmarking certain targets (more than the OBL’s compound in the garrison town of Abbottabad) in Pakistan before contacting Pakistan army that the Operation OBL was about to begin. By the time, Gen Kayani was informed, the US choppers had already crossed the Pakistan-Afghan border on their way to Abbottabad.

2. Pakistan army generals were forced to cooperate (or refrain from resisting) in the US operation. Generals Kayani and Pasha were (in a veiled manner) threatened with dire consequence, i.e., attacks on certain strategic targets within Pakistan in addition to bombing the OBL hideout.

3. Given that the Pakistan Army / ISI were caught red handed and the threat by the US was very substantial (much more than shallow words), there was no other choice but to silently allow and observe the Navy Seals attack the OBL compound in Abbottabad.

According to The Independent, it beggars belief that Osama bin Laden, the world’s most wanted man, has been living just 800 yards from Pakistan’s equivalent of Sandhurst, without the military, intelligence … authorities knowing he was there. There can be little doubt that Pakistan faces both ways on terrorism, as David Cameron once put it. Everyone knows that, not least the United States, which spends $2bn a year arming the Pakistan military and $1.5 bn on civilian aid there. For years the West has tolerated Pakistan’s double game because it needs its support, even half-heartedly, in Afghanistan. That is more true than ever if Washington is to begin withdrawing troops from Afghanistan this summer.

The generals and spymasters who are seeking to appease both sides are playing a dangerous game and could yet become the terrorists’ next victims. Yet civilian rule is a fragile flower in Pakistan. The ruling coalition is fragmenting, the economy is in crisis and the Taliban is conducting a homegrown campaign of suicide bombings. The danger is that post-Bin Laden pressures will lead Washington to bypass the government and deal direct with the army, which is presented by the security establishment and its media proxies as Pakistan’s only strong institution.

This would be a catastrophic mistake that the US has made before (Ayub, Yahya, Zia and Musharraf) and which the Kerry-Lugar Bill clearly demonstrates, that the US has learnt from its past mistakes. The delicate task is to support the elected civilian government while pressurising the security establishment  to do more to combat terrorism.

Most importantly, the security establishment has to stop  interfering in the affairs of the Legislatur and Executive, via the Judiciary.  The civilian government must be allowed to flourish so that, over the long term,  democratic roots are strengthened and a modern taxation system is built that includes both the urban and rural sectors of the economy.

Since the inception of Pakistan, the judiciary, barring a few exceptions, has played a very negative role in undermining democracy, secularism and the rule of Law.  The Legislature must be allowed, without interference from the political proxies of the security establishment, to enact progressive legislation that removes the Blasphemy Law, the Second amendment and all other clauses inserted by military dictators.

Britain has made the right moves in increasing aid to education in Pakistan, where more than 40 per cent of children under nine do not go to school. Improving education is the way to make youngsters less vulnerable to radicalisation. But that aid has been “backloaded” so that it will only continue if the first tranches show good results. We must not flinch from turning off that aid if necessary. The Pakistani state must know we are serious about our support, but also about the need to see progress. (Source)

As per prominent analyst, Dr. Siddiqa, unofficially nearly 70% of Pakistan’s budget is absorbed by the security establishment and in light of current events, can Pakistan afford and justify this!  As per the last budget, the military officially took 17% of the budget.  However, amongst many other things, this did not include the Rs. 100 Billion plus that was taken for fighting terrorism and did not include the ISI budget.  Currently all funds to the military cannot be audited by the civilian government.

Any attempts to rein in this powerful establishment, such as the elected governments support for the Kerry Lugar Bill, its peace overtures to India and its attempt to rein in the ISI under civilian control, result in  powerful destabilizing effects that are constructed by GHQ and implemented by the Judiciary, vast sections of a rabid right wing media and failed policians and Islamists.  Currently, this elected Government has been hijacked by the security establishment and cannot assert itself without international support.

While the world is urging the Pakistan army to undergo an operation in North Waziristan since the last 18 months, the most dangerous Taliban faction, the Haqqani network has already been shifted to the strategic Kurram Agency from where it can easily cross into Afghanistan for attacking NATO troops.  Contrary to the false narrative that has been spun by the ISI-dominated media (both English and Urdu), the Pashtuns of Pakistan have taken a brave stance AGAINST the Taliban which threatens Pushtun culture and has killed thousands of Pushtun leaders, poets, police officers and human rights activists for boldly confronting the Taliban.

The world needs to realize that Pakistan army is the most powerful institution in Pakistan, every other institution including political and religious parties and communities in Pakistan, remain hostage to Pakistan Army’s Jihad Enterprise. In fact, the ruling Pakistan Peoples Party has lost its Chairperson Benazir Bhutto, Governor Punjab Salmaan Taseer and Minorities Minister Shahbaz Bhatti to violence committed by footsoldiers produced by the ISI’s Jihad Enterprise. The civilian government is in no way in a position to challenge or curtail the absolute powers enjoyed by Pakistan army or its Jihadi proxies.

How can international community help Pakistan?

In order to help Pakistan, the United Nations Security Council needs to formulate a high power commission with the following mandate:

1. The Commission will have the legal approval of the UNSC.

3. The Commission will include experts and have sub-committees focused on the following issues:

(a) Economic affairs: Complete audit of all funds available to Pakistan army;

(c) Jihad / proxies affairs: Ensuring that Pakistan army severs all connections with Lashkar-e-Taiba, Taliban, Sipah-e-Sahaba, Jaish-e-Muhammad and other Islamofascists organizations involved in jihadi and sectarian activities within and outside Paksitan. Ensuring that all such organizations are banned, their leaders arrested and punished through due process of law.  All these groups have established links with the Al Qaeeda for over a decade and before 9/11.  The Lashkar Jhangvi officially considers itself an Al Qaeeda affiliate.  These and the other groups jointly undetake terrorist acts as part of an Islamist umbrella that has Al Qaeeda as its inspiration.

(d) Legal affairs: Ensuring that Pakistan’s judiciary does not remain hostage to Pakistan army’s Jihadi and political agendas, that due justice is meted out to terrorists and their supporters / apologists, and that politicians are not unduly harassed or victimized by the ISI backed courts

(e) Media affair: Ensuring that any right wing or seemingly liberal proxies of Pakistan army (security establishment) do not dominate in the media, and that artificial manufacturing of Xenophobia and pro-Jihad discourses is curtailed.

The United Nations Security Council may provide a 5 year mandate by authorizing a International Independent Investigation Commission (IIIC) probing Pakistan Army’s connection with Al Qaeda, Taliban and Lashkar-e-Taiba. The IIIC will be provided all resources and help by the Pakistan government and the international community to complete the investigations.

Click here to post a comment
Tehrik-e-Tahaffuz-e-Haramain: ISI proxies paying back to Saudi kings – by Hamid Hoshiyarpuri
Pakistan’s Pro Taliban Media anguish: “We are Grieving the loss of our beloved Osama”