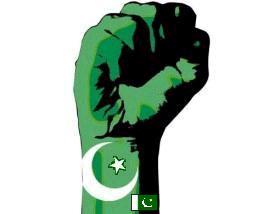 After losing the 2004 presidential elections, US Senator John Kerry said that one video message of Osama bin Laden cost him the presidency.

Days before the 2004 elections, bin Laden in a video message urged the US public not to elect incumbent President George W. Bush again. The message had quite the opposite but desired effect as President Bush was re-elected with a big margin of votes.

Osama Bin Laden’s appearance just before the 2004 elections was a shrewd and calculated move where the Pakistani military helped Bush to retain the presidency for the second time. Bin Laden was never a dangerous and formidable enemy as the Americans led the world to believe. Actually, the myth around bin Laden’s power, influence and reach was carefully orchestrated by the US.

Bin Laden wasn’t a military commander or a guerrilla nor was he a religious or spiritual leader. He was not a politician either. He was a rich businessman and a friend of a former head of the Saudi intelligence agency who introduced him to the CIA in the 1980s. The CIA was looking for sponsors for its proxy war against the Soviet Union in Afghanistan. Bin Laden provided money and the CIA and the Pakistani Inter-Service Intelligence (ISI) helped in planning that war.

At the end of the Cold War, bin Laden was one of the characters that fulfilled the needs of the world’s biggest imperialist power which was pursuing its strategic interest in the beginning of the 21st century using new tactics and means. Bin Laden was a tool, a puppet and an actor whose strings were in many hands. It is an old trick of imperialist powers to exaggerate threats and create fear among the public about real and perceived enemies.

Presenting threats out of proportion and enemies bigger than actually they are, Western militaries and secret services play mind games with their own public and the media are partners in the military mind games or psychological operations. During the Cold War, the US and its allies presented the Soviet Union as an evil power that was a threat to “civilization.” After the Cold War, the focus was on personalities such as the Serbian leader Slobodan Milosevic, Saddam Hussein or Osama bin Laden. All of them were presented as evil figures who wanted to destroy the West.

Probably retired Lieutenant General Mahmood Ahmed of the Pakistan Army and the then head of the CIA knew more about who was responsible for the September 11, 2001 attacks in New York and Washington but in the post-9/11 America, al-Qaeda was presented as the culprit and the biggest threat. Every Western TV network ran the same footage of alleged al-Qaeda training camps at unknown locations where some people were taking “military training” in a childish way. The training footage was a joke but it worked well in the charged atmosphere after the 9/11 incidents in the US.

In the last 10 years, bin Laden, however, became a symbol of resistance against the US presence in the Middle East, and unjust, bloody and aggressive policies of the United States. The imaginary character of bin Laden has been much more attractive and effective than the real and physical man known as Osama bin Laden.

It seems that Pakistanis could not use the bin Laden card any more as relations between Pakistan’s intelligence agency, the ISI, and the CIA have been heading towards a dead-end in recent months. Americans were looking for an excuse to corner Pakistan and the new head of the CIA General David Petraeus, who is a master in psychological warfare, appears to have dangerous designs for Pakistan. The Pakistani military sensed the US intentions and used a counterpunch in the form of bin Laden’s dead body. Now Pakistan can say that it has provided the US government with an opportunity to kill its “public enemy number one.” It shows Pakistan’s sincerity and commitment to the US as an ally. Pakistan hopes that the elimination of bin Laden will pave the way to the end of the “war on terror” and ultimately reduce the pressure on Pakistan.

But the death of bin Laden may bring more troubles for Pakistan. The killing of bin Laden by the US forces on the Pakistani land could lead to public anger in the country and put the military and government into serious political difficulties. Militants from around the world may see Pakistan as an enemy and can target it because it is easy to stage terrorist acts there. More bloodshed is expected in Pakistan, a cost that the state has been paying by joining the so-called “war on terror.”

It is time for Pakistan to put its own house in order. It needs internal unity and stability. The Pakistanis military has made the right decision to get rid of bin Laden and deflate the balloon of the US “war on terror.” But it will not deter the US from chasing Pakistan. The US is not an ally or friend of Pakistan. In reality, the United States wants to neutralize Pakistan’s nuclear capabilities as Pakistan and Iran are the only Muslim countries which can challenge US imperialistic policies in the Muslim World.

Click here to post a comment
OBL’s death: Did the US threat work? Is it going to reap benefits in near future?
Condolences to Taliban apologist, Imran Khan, on the death of Osama Bin Laden – by Maula Bux Thadani