This case has highlighted social problem of how poorly we deal with rape victims as well as deficiencies in Legal System to convict rapists.
“This has become a money-making concern. A lot of people say that if you want to go abroad and get a visa for Canada or citizenship and be a millionaire, get yourself raped.”
-President (now Ex) General Pervaiz Musharaff 13th September 2005 to Washington Post
These unfortunate and highly cynical remarks exhibit not only the feelings of former President, but also of many men and women in Pakistan. Rape victims are not seen as other traditional victims, i.e someone who by no fault of their own was victimised. In case of Rape, many would, and have, argued that somehow the victim is at fault themselves. This feeling emanates from the belief held by many that you can’t be raped, if you aren’t in some way accessory to it. It is also sometimes argued that victim is better served by keeping quiet. ‘Nothing’ is said to have happened if victim doesn’t speak, but if she (or he) does then they, and not the accused, face social pressures. This is partially because of above misconstrued logic about fault lies with victim and partly because, ‘whats the point?’ In the West, rape is a crime against personal autonomy i.e. the ability to consent to one’s partners. Is the victim trying to get the same right of autonomy? If so, then this thought is more repulsive to people’s sensibilities. Today It’s one woman seeking this, tomorrow they all would be demanding same. It is highly confusing to see this line of thinking from a society where ‘chastity’ is seen as a woman’s ‘honour’ but then there you are!
What the cynics fail to see is the trauma and violence that victim has to endure. It is a feeling of helplessness and loss of honour. Victim is seeking a right to redress for these very wrongs that were done to them. Again it is ironic that on one-hand rape is called a terrorist act and violation of victim’s human rights by our courts, and at the same time so many leniencies are given to perpetrators. It is pertinent for prevention of future crimes, that rape victims are sensitively handled, and their case effectively resolved. It is also important to have adverse attitude towards rapists, in a society like Pakistan, where peer pressure also has large effect in controlling criminal behaviour and curbing sexual tendencies. This can only help to dissuade potential perpetrators. There is a long way to go before we have a society in touch with female sensibilities but we can at least start by educating our men to realise rape is an acceptable crime and not a show of bravado.
Supreme Court decision on 21st of April 2011 reveals some inadequacies in the Legal system that prevented Mukhtaran Mai’s rapists from being convicted. To start with there is the inadmissibility of DNA evidence. This evidence is most accurate form of evidence that can be found, yet its position on admissibility is not clear in our courts. Without going into too much detail, use of so called ‘junk DNA’ for forensic purposes is invaluable and highly accurate in finding the perpetrator and in absolving innocent. Supreme Court in this instance chose not to change the status quo and clarify the law, court only pointed to the fact that DNA and Semen evidence was inexplicably missing. One must reflect here, when the incident took place, that is in 2002. While this author can point to a report from 20 April 2006, when the position of DNA evidence in sexual offence was still open to question. How the learned court expected it to have been obtained in 2002 is beyond me. Further is there is no clarity, though court said this would have helped in this situation to positively identify perpetrators. If so, and if this is good evidence then surely it should be first act of investigators to get this evidence, if the courts are seeking to use it as corroboration. 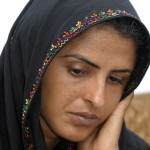 In certain cases, one can’t ever consent. In Ms. Mai’s case she was subjected to a gang rape. Once it is proven that activity did take place and that circumstances are of such extreme nature (like in public display, with multiple perpetrators), it must be assumed no consent was given. Because, no woman in that situation would give consent, certainly not any woman as that of Ms Mai’s character and history. This, while very relevant to prospection’s case, wasn’t taken into account. This scenario is similar to a victim being tied up, abducted or being made unconscious. In all these cases there is a highly persuasive argument that consent was not present. It also shows that Perpetrator was reckless. Thus prosecution shouldn’t need to go any further to prove more.
There is also a need for hiring trained nurses or doctors who are able to corroborate or diffuse the victim’s statement. In this case, the expert witness only provided evidence of activity. She wasn’t able to provide anything additional. Victim’s body won’t lie, and there are many signs that can exhibit struggling of the victim and those would corroborate victim’s statement. Court found that not many marks were on Victim’s body (this after 8 days) and held not much struggle was done. What is needed is more thorough examination, and better equipped experts. It is clear expert failed to convince the court, partly because witness didn’t have the required expertise. She and others in her position must be trained in forensics nursing, but currently this is missing. Thus witness is unable to state one way or the other and their observation are superficial.

If there was a sound expert witness corroborating the victim, circumstances that create a presumption of lack of consent and DNA evidence that accurately identifies the perpetrator, adding to that court understanding of victim’s delay due to social pressure. A strong prosecution case may have been made, which defence would have hard time rebutting. This was evident from the judgement; it is also situation in most rape cases.
Thus without much of the above said indicators, the case was to be decided purely on witness statements. It is disappointing to see that in modern times, this archaic method was only way left to victim to successfully prosecute her case. Due to some inconsistency in witness accounts, which seemed like exaggerations not unlikely from villagers, their statements were held to be not reliable. Finally the case was said to hinge upon victim testimony, and court decided not to accept her view of the events.
It has been shown in this article there is a dire need for revisiting Rape Law, Law of Evidence as well dealing of victims by the legal system. Whatever your view maybe on this particular case, the judgement by Supreme Court cries out at many conspicuous omissions, inconsistencies in the investigation process as well as of insensitivity towards the rape victim by at every juncture of legal process. This is surely not an acceptable state of affairs and changes are needed. As these issues were raised but not dealt by the Supreme Court, it is now pertinent on the Parliament to breach this lacuna. At the same time, it is important that the people who stand with Mai and other rape victims, must work to change the attitudes, through use of media, especially visual media and telefilms, as well as awareness campaigns. It is through such efforts, by which one can hope that no one from Pakistan, not least any Head of State, would make such injudicious remarks about rape victims, and would show sensitivity, as required, to the victims.

Bilawal Bhutto Zardari will take up some “political responsibility” — by Ahsan Abbas Shah
How to identify (fake) liberal proxies of Pakistan army in mainstream and social media?