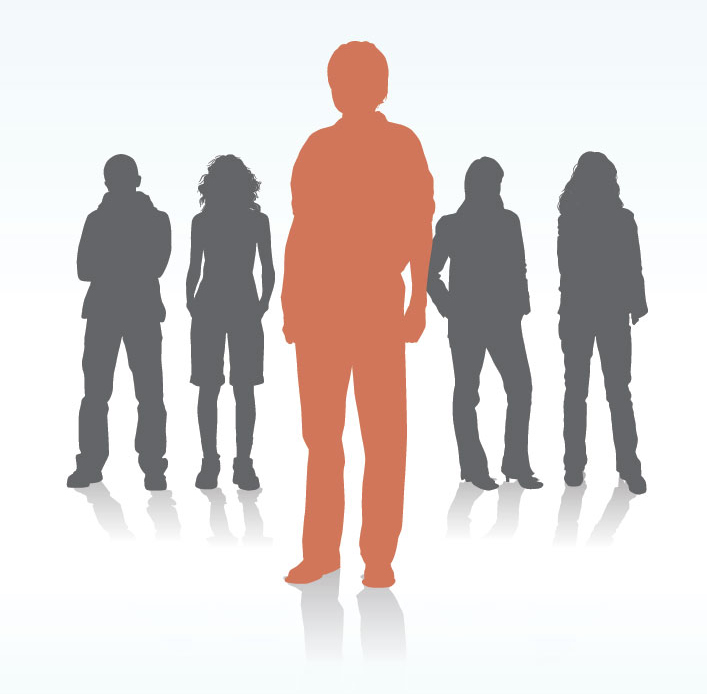 Preamble Commenting on the state of pro-establishment journalism in Pakistan, Ayesha Siddiqa once said:

Today, we face a state of military hegemony: political, economic and intellectual control. Today, there is not a single university in Pakistan or a young scholar who is not on the military’s payroll or network. They open shops called think-tanks for their young clients. A journalist, who does not take directions from the military, is a rarity in today’s Pakistan. Institutionally, this outreach is done through the ISPR and the ISI. But there are other informal channels as well…

One cannot understand the intricate network of disinformation in Pakistan’s mainstream and social media unless one recognizes the Teen Jeem mafia, i.e., the pro-establishment network of generals (jarnails), judges and journalists. While judges (and other bureaucrats) in Pakistan have always been loyal to generals (military dictators and puppet-masters), and still are, the ugliest role in misleading and misguiding the masses has been played by the journalist proxies of the security-establishment (i.e., GHQ/ISI).

Two types of proxies Within pro-establishment journalists, there are two main types: right wing and (fake) liberal wing. While it is relatively easy to identify the right wing proxies in Pakistani media because of their apparent Taliban apologist and Islamo-fascist narratives, it is much more difficult to identify the liberal proxies because of their apparently liberal (and at times left wing) rhetoric.

Aim The aim of the present post is to identify and confront the liberal proxies of the GHQ (General Headquarters of Pakistan army). For a starter, consider the following question: Can you name any right wing Pakistani journalist or blogger loyal to the ISI? (Many names will come to your mind because of their pro-Taliban and pro-Jamaat-e-Islamic discourses.)

Now consider this question: Can you name any (seemingly) liberal or leftist Pakistani journalist or blogger loyal to the ISI? (Not many names may come to your mind. Why?) You will agree that while it is relatively easy to identify the right wing proxies, it is much more difficult to identify and expose the seemingly liberal proxies because they are much more refined and better camouflaged in their pro-establishment strategies and tactics. The question is: if some liberal journalists/bloggers are in fact loyal to the ISI, who are they? What could be their strategy? I suggest you ask those around you (on Twitter, facebook, in office, college and street) the same question. Hopefully their response or lack of response will tell you something!

Tips to identify fake liberal proxies of the GHQ

Here are some tips to identify (seemingly) liberal stooges of the GHQ/ISI in Pakistani media and blogs:

3. They publish and reinforce “PPP abandoned Salmaan Taseer” and “PPP abandoned Shahbaz Bhatti” narratives in order to malign the PPP leadership and to misrepresent the PPP’s struggle against religious extremism in Pakistan.

4. They spread lies that murder of Salmaan Taseer and Shahbaz Bhatti was an act of violence by a lone wolf, not a logical outcome of ISI’s Jihad Enterprise. (One troll also tried to muddy up Taseer murder probe by publishing an agency fed story which was aimed to save Mumtaz Qadri from the gallows.)

5. They published baseless stories of fake divisions between the ISI and CIA (Raymond Davis saga) in order to repair the tarnished (Islamo-patriot) image of the ISI in Pakistan.

6. Some of them (including some foreign journalists) are also known to enjoy free drinks at a house near Bhopal House Karachi after which they write emulating stories to promote their host and a ‘civil society organization’ notorious for its venom against Asif Zardari and other PPP leaders.

7. They are harsh and unrealistic in their criticism of Pakistani politicians but remain soft on GHQ/ISI. They mix one ounce of truth in one ton of lies. While they cosmetically criticize ISI or GHQ, their guns remain, in the main, directed against politicians, in particular against PPP. Their criticism of the PPP government remains aysmmetrical and unbalanced. If they issue a mild critique of the security establishment, they will critique the PPP and its leaders ZAB, BB and AZ by a factor of ten. Furthermore, they will dishonestly blame the PPP for the ills created and caused by the security establishment.Of course many of them are careful enough not to pronounce their loyalty to or liking for the GHQ/ISI. Therefore instead of the pro-army narratives, they can be identified through their anti-PPP and anti-Asif Zardari articles or narratives. That’s how they remain more subtle and useful for the GHQ.

8. They promote the “PPP-feudal-party“ theory and blame illiterate, rural masses for the electoral victories of the PPP.

9. They promote the minus-one-formula, i.e., “PPP-good-Zardari-bad” theory (just like their predecessor proxies tried to sell “PPP-good-BB-bad” and “PPP-good-ZAB-bad” theories). The ISI and their proxies’ agenda is to present PPP and Zardari as two separate entities. They are not separate but one.

10. They present themselves as true sympathizers of PPP while trying to undermine its very leadership, organization and government.

11. They don’t acknowledge that GHQ is the main power broker in Pakistan, that no political party can be allowed to form a government or remain in government unless it accedes to certain conditions and dictates of the GHQ (e.g., foreign policies on Afghanistan, India, Saudi Arabia and USA, military operations in Afghanistan, Kashmir and FATA, military budget, accountability of generals, foreign financial aid to Pakistan etc)

12. In the case of Mukhtaran Mai, they mostly and at times exclusively focus on criticising a commoner MNA Jamshed Dasti while being apologetic of the role of the judiciary including that of their heroes CJ Iftikhar Chaudhry and Aitzaz Ahsan Chaudhry. While Dasti should be held to account for his irresponsible and insensitive statement, does his role really compare to the role of the Islamo-fascist judiciary which routinely releases terrorists and rapists?

13. Some of them often enjoy special resources and attention of GHQ while writing misrepresenting reports on FATA and Balochistan.

15. They always try to cover up GHQ’s ugly role in sectarian and jihadi violence by saying: “can’t say for sure”, “it’s too complex”.

16. They remain closely networked with anti-PPP journalists and bloggers. The ISI network of columnists and bloggers is most visible on Twitter where they freely promote or commend each other’s articles/posts. Start from one, you can unearth the whole racket within five minutes. While Tweeples are only a minor segment of Pakistani society, several of them also write in mainstream media and successfully promote ISI narratives

17. Their historical patterns suggest that they remain loyal to GHQ/ISI (e.g., some of them are widely known for their collusion with Faroog Leghari and ISI in 1990s, some of them wrote insulting letters to President Zadari, Rehman Malik etc).

18. Their coverage of issues and news remains clearly urban centric. They misrepresent or totally ignore the Baloch genocide and Shia genocide by the GHQ and its proxies.

19. They write on petty issues (e.g. Veena Malik, Angelina Jolie) while completely blacking out the massacres of Shia in Parachinar, Quetta and D.I.Khan and Baloch nationalists in Balochistan.

20. Some of them also cosmetically try to present themselves as champions of human rights (e.g., women’s rights, Baloch rights, Pushtun rights etc) while spewing venom against the party of the people (PPP) and its leadership.

21. Some of them operate donation-oriented NGOs; they sell stories of women’s and poor people’s oppression to earn a few dollars and fame.

22. Some of them present themselves to be champions of democracy and citizens while in their rhetoric they remain citizens for martial law and extremely critical of the PPP government and leadership.

Because of their camouflaged and refined tactics, the liberal ghus-bethias (infiltrators) of fake civil society (FCS) in Pakistan’s mainstream and social media are more dangerous than their bloodthirsty right wing colleagues (Taliban, Jamaat-e-Islami and Sipah-e-Sahaba). While it is almost impossible to find hard evidence (pay cheque, video confession) of someone’s affiliation with the ISI, we hope that the circumstantial evidence (e.g. in the light of the above tips) may be useful in exposing at least some if not all liberal proxies of the ISI. Also there is a possibility that while some pro-establishment writers and bloggers may not be receiving actual instructions or orders or pay cheques from Aabpara, they may be a part of the same socio-economic and ideological bandwagon, i.e., “Pakistani establishment”. In this way, most of them may still be enjoying material or/and non-monetary benefits of their links with the military establishment.

In short, there are two types of GHQ/ISI’s proxies in Pakistani media and blogs: (1) the vicious minded, willing tools of the establishment, and (2) the naive stooges who don’t understand the intricacies of the Teen Jeem network and get sucked into and start recycling the pro-establishment’s narratives. Indeed we would like to politely help those who are inadvertently misled by the GHQ/ISI lies provided they too are interested in helping themselves. Surely, there’s a way of being anti-GHQ AND critical of the PPP. Once again, the historical pattern and context may be most revealing about their integrity and intention. For example, several journalists (e.g., Abbas Ather, Kamran Shafi, Ayaz Amir, Ayesha Siddiqa, Farhat Taj, Malik Siraj Akbar, Marvi Sirmed, Raza Rumi, Nusrat Javeed, Fasi Zaka and Nadeem Paracha) freely criticize PPP and Asif Zardari but remain respected because of their honest and balanced approach, because they frequently confront GHQ and its proxies in judiciary and media, which is unlike the selective morality of the FCS writers and bloggers.

Here is a critical note on the above post which I received from a fellow blogger as an internal feedback in the LUBP google group. The note is worth reading which I am providing below:

Pretty harsh. I think I know some of these people. My defence of some of these kids: some are too busy working (like I should be) and trying to make a life for themselves. Many of the people who you abuse are NOT NGO walahs. They are rather, people who write a bit on politics on the side, try to stay on the right side of the law, and if they do happen to repeat the GHQ’s lies by accident, that is because the entire country is spammed with GHQ and Jamati propaganda. As ordinary people we cannot help but run across it. Look, I started reading and writing politics as a small time hobby. And I wanted to get at what was really going on, and I got some really reality bending views on it. When you are trying to get at the truth, you have to be willing to go down a lot blind alleys to get at it. And some kids, they stay stuck in those blind alleys. Don’t blame them for it too much, politely show them the way out. It reduces the number of enemies you have and neutralises them from ganging up on you. President Zardari has shown that way.

Acknowledgements: The above post was drafted in consultation with a couple of commentators and well-wishers of the LUBP  (who would prefer to remain anonymous), I offer them my sincerest gratitude.