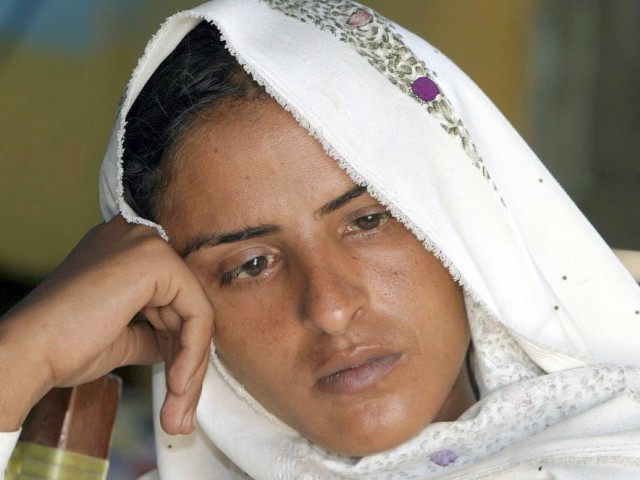 I think it is in the fitness of things to consider the following points, before we, the educated lot, drift towards emotionality and approach the issue with pre-conceived ideas, as is becoming visible on the nature of posts appearing on the forum:

a) In a civilized society, the heinous act of rape committed against any woman has to be condemned and, if proven, be subjected to the harshest punishment.

b) However as one saying goes, it is better that a thousand guilty men go free than one innocent man be executed.

c) I am sure; most of us have knowledge of the Mukhtar case based on media reports and rhetoric of the NGO’s. However very few of us have actually gone through the detailed Supreme Court judgment of the case, though it is available on the net, let alone following the course of events with an unbiased view.

d) On 22nd June 2002 Abdul Shakoor, 17, brother of Mukhtar was caught with Salma,sister of Manzoor.Shakoor was then handed over to police station Jatoi. Mukhtar’s father Ghulam Farid Qatla then goes to the police station and after paying Rs. 10,000 to the police brings his son back.

e)A panchayat is held at night on the same date i.e. 22nd June, where it is decided that Salma, the sister of the main accused Manzoor would get married to Shakoor, the brother of Mukhtar, whereas Mukhtar would be married to, Manzoor in exchange. However a fight breaks out between Molvi Abdur Razzaq, half brother of Mukhtar’s father, and the accused party.

f) Salma is then married to Khalil on 26.6.2002 which ignites the whole incident. It is interesting to note that Mukhtar,later implicates Khalil, and his real paternal uncles, Qasim,Rasool and Hazoor, and Nazar,his maternal uncle.

g) Nothing happens in between 22nd and 28th of June 2002, and nobody in the village knows anything about the incident, until the Juma prayers, where during the khutba,Molvi Razzaq narrates the incident,without consulting Mukhtar and her family .Molvi Abdur Razzaq, quite intriguingly did not even divulge this incident to his brother Altaf Hussain with whom he lives in the same house. He later informs the court that the incident was told to him by somebody whom he did not remember and the incident was told to that person whom he did not remember. The only prosecutrix in the case is Mukhtar alone.

h) The incident is then carried by a local Multan newspaper, an eveninger namely”naya akhbar” and the following day a national daily namely “khabrain” flashes it as a super lead. Soon the international press and media along with an Islamabad based NGO by the name of PATTAN, get into the business and the Federal and Provincial Government of Punjab are hard pressed to take immediate and stern action.

i) One indicator of the panic prevalent at that time was that the decision of the anti-terrorist court D G Khan was released at 12.50 PM at night on 31.8.2002, as the judgment was going to and fro at the top provincial level through fax for additions/subtractions.

j) What was the role of Molvi Abdur Razzaq, a relative of the aggrieved, who failed to broker an agreement on exchange marriages and had a property dispute with the family of the accused.

k)13 accused remain behind bars for 9 years as their only crime was that they were relatives of Manzoor, the main accused and part of the panchayat, although around 250/300 people were in attendance.

l) Molvi Razzaq approached the father of Mukhtar alongwith the media on 29th June, and on 30th June 2002 an FIR was lodged.

m) It is important to note that the accused are equally poor and underprivileged as the aggrieved. There is no record of any threats to Mukhtar and her family.

n) When Shakoor, the brother of Mukhtar discovered that his sister was allegedly raped, he then accused the defendants of committing sodomy with him and not earlier.

o) Mukhtar was allegedly raped for one hour and nobody knew about it even her father and uncle who were present nearby. No bruises were found on her body later.

p)Mukhtar’s medical examination was carried out on 30th June 2002,after a lapse of 8 days and both external and internal swabs were found positive, a clinical impossibility.

q) So while taking a hardcore stance on the case, we must consider the element of village rivalries, power of mullah holding the pulpit in a rural setting, not to forget the part played by Maulvi Salim in the famous Aasia Bibi case, role of media and press, particularly the eveningers, the vested interests of NGO’s and other stakeholders, the tremendous pressure being faced by the Federal and Provincial bureaucracy in cases which are internationalized.

r) Let me also in the end highlight the plight of all the 13 accused in the case, finally acquitted but after spending 9 long years in hell, their families and future completely devastated. Should they not ask for compensation or file a criminal case of malicious implication as they have been exonerated by the apex court?