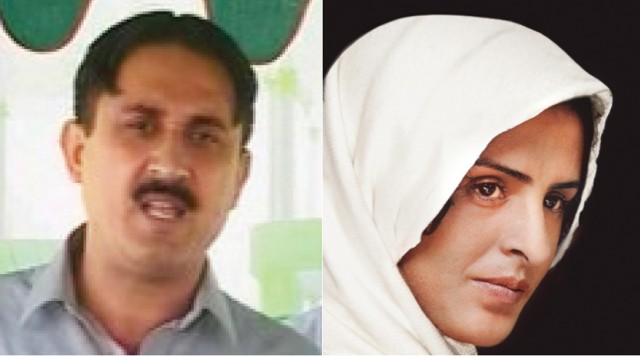 The fundemental principle followed by Pakistan’s urban intelligensia (fake civil society – FCS) is to divert criticism away from the real culprits.

Jamshed Dasti (a commoner, a PPP MNA from Muzaffargarh) did not free the rapists of Mukhtaran Mai, the Supreme Court did, just like they freed Jihadis such as Hafiz Saeed (Let), Qari Saifullah Akhtar (BB’s murderer) and Mullah Abdul Aziz (Lal Masjid).

In going after Jamshed Dasti, Pakistan’s urban elites and their middle class paraphernalia are being true to their typical intellectual dishonesty of diverting responsibility from the real culprits, the Supreme Court. For them, a commoner like Jamshed Dasti is both a convinient scapegoat and proof that the PPP is not composed of feudals.

Dasti too has fallen into their trap by giving statements that are supportive of this horrible decision by the Supreme Court to free rapists. By so doing, he is siding with the same “Pro-Rape Islamofascist” Supreme Court that disqualified him on a constitutional clause, inserted by a military dictator that was ironically facilitated by them. However, the exuberation of Pakistan’s fake civil society and Ziaist establishment was short lived as Dasti won the bye-elections by an even bigger margin and in the process, giving a thumping defeat to ‘the feudal of his area.

LUBP has already critisized Dasti both on this account and for his alleged assistance from Sipah Sahaba voters. The bye-elections numbers prove that Dasti does not need the Sipah Sahaba, another favourite of the Supreme Court which has freed numerous SSP terrorists like Mullah Aziz (Lal Masjid), Malik Ishaq (SSP) and Qari Saifullah Akhtar (SSP/TTP).

Dasti should NOT emulate the Supreme Court and support rapists and Jihadis. He needs to make an unconditional apology to Mukhtaran Mai and ensure maximum security for her.

In the words of PPP leader, Sharmila Farooqi: “Shame on You” (Jamshed Dasti) for siding with the Pro Rape Supreme Court.

At least we can hold Dasti to account, through the party and through the ballot box. But who will free us from the Judicial Martial law of CJ Iftikhar Chaudhry and his band of Islamofascists and Islamopatriots like Tahira Abdullah, Aitzaz Ahsan, Ayesha Tammy Haq, Imran Khan, Munawar Hasan, Mubashir Hasan, Roedad Khan and Hamid Gul?

At the end of the programme, (un)ashamed participants will be allowed to demonstrate outside the Supreme Court’s building

Civil Society’s devotees will be specially accommodated to demonstrate against the PPP and its commoner MNA Jamshed Dasti.