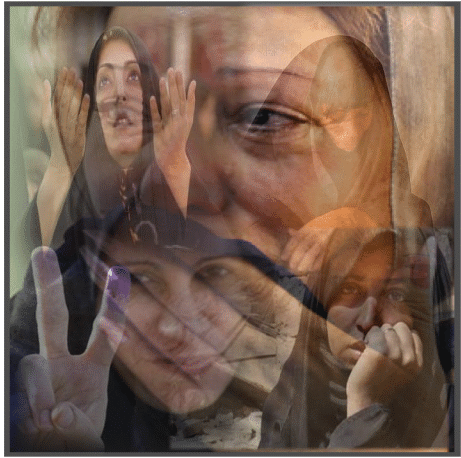 I did not expect Mukhtar’s rapist to go free. There were witnesses to the crime, were there not? But even here in USA, if victim does not get examined right after the rape, valuable information gets lost and rapist can get away with the crime.

It is too early and too much to ask from a Pakistani woman to get examined right after the rape. It is not only a crime of
violence, but a crime to “honor” in Pakistan. And Pakistan is a country where a woman’s “honor” is bigger than her life.

I do not wish to comment too much on this case, although I am not happy that rapist got away but it is a society where very few women file charges of rape, and almost all rapists get away. In Mai’s case, at least, all of them stayed in jail for several years.

Mukhtar is my hero. Mukhatar is my sister. Mukhtar is a woman I have never met but I have deep love, respect and compassion for. Mukhtar is no ordinary woman. Her brilliance shows in all her TV interviews, in all her newspaper interviews and in her book.

She is brilliant, courageous, and beautiful. I do not wish to talk about Mukahtar’s case in length but I would most
certainly take this opportunity to talk about rape in general and rape in Pakistan in particular. Rape is a term used for sexual intercourse that is forced upon a person, man or woman, without his/her consent.

In every society, rape of a women is considered worse than the rape of a man ( by a man) and yes, there is such a thing as rape of a man by another man. Every society feels that this is one of the worst acts of violence.

Most western societies believe that murder is worse than rape. But in societies who believe that honor lies in the sexual organs of a woman, rape of a woman is considered worse than her murder. Believe it or not, it is said, “it was much better if that man had killed you instead of raping you.” Or “You should have rather died!” Many women commit suicide in Pakistan after rape. Many women are killed by their own brothers or fathers after rape.

I have lived in two different countries. Both countries are two different worlds. One world does not make sense to the other. I feel blessed to have experienced both worlds, and feel obligated to take back home what I have learnt from living in the west.

It is very hard to know that how common rape is in Pakistan because it is hidden most of the time and women do not report it and never share that information with anyone since the consequences of rape are none for the rapist and are grave for the victim.

Rape is very common in USA. Their statistics show that one out of four women were raped at one point in their lives.
Now, at this point, it is almost impossible to establish the correct statistics of rape in Pakistan. If I had to make a guess, I would like to say that it is less common in Pakistan than in USA.

I believe that due to constant supervision of women, they are more protected in Pakistan. But we all know that it does happen. And it happens more often than we like to believe it does. Although sex education is a taboo in Pakistan, believe it or not, there were guides on what to do in case you are about to be raped. I remember reading stories after stories in women’s magazines which pretty much had the same ending. Women killed themselves to save their “honor”. I remember one story in which a woman let the robber kill her five month old baby but did not get out of the room to save her “honor”.

Those women were praised for that in those stories. Those women were portrayed as heros for killing themselves to save their honor. In Muslim culture, not only women’s honor lie in her sexual organs but her whole family’s honor lies in her sexual organs. Heaven’s forbid, if I were ever in such a situation, due to the extensive brainwashing done by the society, I would have killed myself, and had lost the opportunity to live this wonderful life that I am living now.

Now I know that those stories are written by hypocrites. Hypocrites who never wrote that a man should kill himself if another man is about to rape him. Who never said that in case of sodomy, you lose your honor, so kill yourself before you are sodomized by another man. The truth is that perhaps rape of a man by another man is far more common in
Pakistan.

Pakistanis need to know that a woman’s honor does not lie in her sexual organs. Also a woman’s brother or father’s honor should lie in their own actions. No woman should ever kill herself if she is about to be raped. I respect mukhtar because she did not kill herself. Women actually should try to survive a rape. Try to live through it. Try to get home
safely. They should never blame themselves for a rape. Also never let a crime of violence ruin your whole life. It is very important for women to get examined by an expert right away if they want to get the rapist punished. If a woman makes a decision to not report the rape and decides to not place charges, then she should at least get tested for all STDS and should take measures to avoid pregnancy.

I see a lot of women here in USA who got raped as teenagers due to getting themselves drunk and going out alone with boys. I see them living normal, happy, and healthy lives now. Our women deserve that chance too after a rape. They do not deserve to be looked down upon or condemned for life. Life is beautiful. Rape is just crime of violence. It should not affect your life more than any other crime of violence would. You should come out of it shining like mukhtar did.

You should come out of it better than before.

And my video on this:

Click here to post a comment
Judiciary or a tool to harass government? – by Sikandar Mehdi
The rise of new pawn Imran Khan -by Imran Qadir Bhat