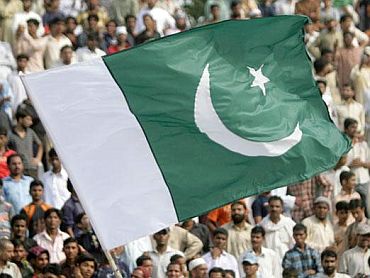 Pakistan is probably the country whose demise is predicted most frequently and nervously. David Kilcullen, an American-based guerrilla warfare expert, wrote the most apocalyptic (and inaccurate!) obituary back in 2009: collapse within months. Political scientists, wiser than narrowly-focused warfare experts, are less impetuous. However, while acknowledging that Pakistan has a final, fast diminishing opportunity of a few years (decades for some) to undertake reform, their overall outlook is still pessimistic.

These analyses (e.g., the 2011 “Future of Pakistan” by Brookings Institute) invoke impressive evidence: stagnant economy, poor governance, militancy, ethnic fissures, demographic bulge and weak democracy. They convince readers about the serious problems and the need for urgent steps. Less clear is whether the profile painted is of a country hurtling towards the abyss or one stuck in the sand. How does one differentiate between serious and fatal ailments? One approach is to compare Pakistan with already collapsed countries. Another is to evaluate Pakistan’s capacities to deal with each life-threatening problem. The first approach is absent while the second present rudimentarily in these analyses, making them impressionistic and superficial.

The roster of collapsed countries over recent decades yields no close parallels. Soviet Union (an empire, not a country) and Czechoslovakia decreed their own peaceful disintegration. However, this represents not something cataclysmic but a worthy divorce model for countries facing serious tensions or imperial overstretch. Other countries (e.g., Indonesia and Yugoslavia) broke up because of severe ethnic/tribal violence. Ethnic violence is fairly low in Pakistan presently. Tensions and genuine grievances exist in Balochistan but can be reconciled with adequate will. 89% respondents throughout Pakistan identified themselves as Pakistani first in a 2009 Pew Center survey. Thus, none of the analyses consider ethnic secession as a serious threat.

Pakistan’s main threat is correctly seen as being extremism. However, extreme ideological groups (“Maoist” or “Islamist”) have rarely succeeded in capturing power by force and certainly never under (even anemic) democracies possessing strong armies (ditto for ethnic secessions). Terrorists soon lose popular support due to their extreme methods and vacuous ideology. Predictably, the Pew survey reveals that support for terrorists has gone down from around 25% to less than 10%. Extremists have lost much territory since 2007 when they approached Islamabad.

Pakistan also possesses significant capacities to overcome the remaining problems: a strong army, diversified economy, resilient national character, large middle-class/Diaspora, independent judiciary/media and fledging democracy. Pakistan is also “too big to fail” due to its size, location and nuclear weapons. This does not mean that it can never fail, but that concerned countries will likely work actively to avert failure given its importance. It is difficult to identify in recent history a country possessing such significant capacities (even just the internal ones) which collapsed due to violence. In fact, weaker countries have recovered from more serious strife–Cambodia, Bosnia, Liberia and others—though usually with external support.

Pakistan could do so on its own. Its problem is not incapacity but lack of will among elites. However, will is more elastic than capacity and can even increase overnight. Pakistan’s collapse would entail significant capacity remaining idle as political will failed to ignite in face of certain demise. This scenario is not impossible but neither inevitable. Even ostriches take evasive action rather than keeping their heads buried. Thus, the weight of history argues against Pakistan’s demise. However, history does not repeat but merely approximates itself and can also create new precedence. Hence, the above arguments do not prove that Pakistan’s failure is almost impossible, but just that neither is it inevitable. Safest would be to say that the chances of success are higher than of failure. Yet, analysts assume the worst without evidence.

This tentative conclusion highlights the limitations of social sciences in making accurate long-term predictions about complex phenomena. Scholarship on state failure especially suffers from a state of failure: actual state collapses have rarely if ever been predicted correctly, actual predictions have rarely if ever been accurate. Given this almost astrological track record, is it professional and responsible for analysts to make dire long-term predictions, especially about the fate of nations and millions of people? Ordinary people may attach more importance than merited to the endless predictions of dooms by scholars with fancy degrees from elite western universities, starting a self-fulfilling prophecy where widespread gloom makes things worse.

Where the situation is tough but odds still reasonably favorable, as in Pakistan’s case, positivity proves crucial for success. What useful purpose do overly-gloomy predictions then serve? Scholars argue that they can spur political will among elites. This argument wrongly assumes that elites will privilege scholarly analysis over personal realpolitik assessments. Second, by crying wolf repeatedly since at least 2004, scholars have lost much credibility. In the meantime, elites have remained unfazed but Pakistan has refused to die, seemingly blessed with more lives than a cat.

Why not root ourselves humbly within the parameters of scholarly capacities instead of claiming magical prescience that frankly does not exist? Rather than making grandiose predictions about state failures with insufficient evidence and huge uncertainties, scholars are better-off sticking to their core strength of making prescriptions about specific problems based on tangible evidence. So, Mr. President, failure to tackle militancy and economic woes could cause serious misery for Pakistanis and, more importantly for you, your downfall. Scholars must encourage reform without dangling crude mortality prospects counter-productively.

Why do such predictions persist? The suspicious-minded will discern conspiracies against Islam. I see more mundane reasons. Analysts calculate risk by multiplying an event’s probability with its consequences. The consequences of Pakistan’s collapse are truly horrendous and global. Pakistan is the worst-performing nation among the ten most populated and the eight nuclear countries. However, its probability of collapse is more modest. Foreign analysts understandably focus more on global consequences. However, a focus on probability reveals that though serious problems exist, the news about Pakistan’s death is greatly exaggerated. Pakistan Paindabad.

The writer is a Research Associate in political economy issues at the University of California, Berkeley. murtazaniaz@yahoo.com.

This article recently appeared in Dawn