It is surprising that someone in the media has reported the facts about Higher Education Commission (HEC) rather than the “science fiction” that has been presented by the news retailers. Dr. Atta ur Rehman probably has done a lot of good with HEC and standard of education in Pakistan since the inception of HEC, but also remember he was the appointment of a dictator. He had critics and there was huge opposition to his work even when there were no news retail outlets. Even as recently as last year “Father of our Nuclear Bomb” and self professed International Smuggler of Nuclear Technology has openly criticized Atta Rehman and his bold claims. In fact there were quite a few columns appeared in THE NEWS from A.Q Khan & Dr. Atta Rehman on the issue.

What is about to happen to HEC is perfectly legal and according to 18th amendment as voted by the elected representatives of people of Pakistan. And it is the parliament which has ultimate authority to make amendments not the judiciary. Now HEC issue is in the SC as the Anti-Christ CJ wants to hear out what was voted for in the parliament. Remember they also spent over six months hearing case against new method of appointment of Judges in 18th amendment. The same judges forgot that the amendment passed by the parliament cannot be challenged in any court of law. After wasting six months the kangaroo judges sent it back for review to the parliament. Same thing is going to happen again. They are just wasting time instead of providing relief to poor people they just banging the PPP government.

Sometimes it just blows my mind that all the people who had passed the 18th & 19th amendment are now speaking against it just like when they were speaking against the judges’ appointment. We had people for ages talked about the provincial autonomy to save the federation and not to repeat the mistakes of 1971 have come up with the excuses. Provinces are not stupid they can manage their own affairs. Mr. Punjab (establishment) doesn’t not need to tell the heirs of glorious civilizations of Gandhara & Indus how to educated their young ones.

The current debate of HEC is done by the leftovers of military dictator Musharraf. Statement by Dr. Atta Rehman requesting army to take over HEC shows the mental state of our top educationist. GOD HELP US.

HEC is not a political but a legal issue. Concurrent list is now owned by provinces. It is now a provincial subject rather than a federal subject. The naysayers are looking for a loop hole as HEC is under the direct control of PM as autonomous body, but they forget, the work of that autonomous body is no more required by the 18th amendment. In other words thank you for job well done. If they want to they can keep the autonomous body intact, assign them some other duty education will not be one of them. 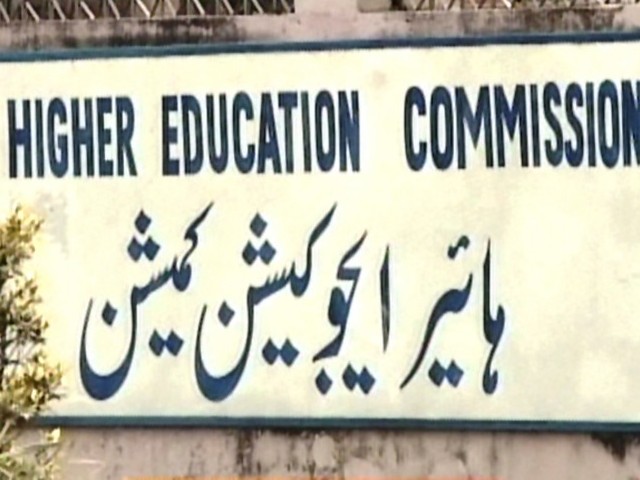 HEC and the Constitution

Should the functions performed by Higher Education Commission (HEC), a federal entity, be devolved to the provinces or not? The answer to this question lies neither in the performance of the Commission over past eight years or so, nor in the failure of the provinces to successfully deal with the issues of education at primary and secondary levels. The answer lies in the Eighteenth Amendment which clearly envisages a change of roles for the federation and the provinces.

Let us first consider the basics. Before the Eighteenth Amendment there were two legislative lists in the 1973 Constitution: 1) The Federal Legislative List – consisting of two parts: Part I and Part II – enumerated subjects dealt with and regulated at the federal level. 2) The Concurrent Legislative List contained matters under the common purview of the provinces and the federation. Through the Eighteenth Amendment, the Concurrent Legislative List has been abolished and most of the subjects therein stand transferred to the domain of the provinces. Subjects enumerated in the Part II of the Federal Legislative List fell within the purview of the Council of Common Interests (CCI) so far as formulation and regulation of policies as well as supervision and control over related institutions are concerned.

It won’t be an exaggeration to say that the 18th Amendment envisages a paradigm shift in two important respects – the jurisdiction and control of provinces over institutions and resources. One, the scope of provincial autonomy stands substantially increased due to the abolition of the Concurrent Legislative List and deletion of certain items from the Federal Legislative List Part I. Two, the CCI is now responsible for a substantially enlarged Part II under Federal Legislative List. Several important matters including census, major ports and estate duty on property etc have been shifted from Part I (exclusive domain of the federal government) to the Part II putting them under the dual control of the federal government and the CCI. Moreover, the composition of the CCI also stands changed to equal representation from the provinces and the federal government. Before the amendment, the federal government had a majority of members in the CCI.

As a result of deletion of the Concurrent List, provinces will now have control over the social sectors including education, health, population, labour, social welfare, as well as environment, tourism, print media, culture and archaeology etc and will also have important role to play in how matters falling under the Federal Legislative List Part II are run.

Similarly, a change introduced in Article 172 makes the federating units joint and equal owners with the federal government of minerals, oil and gas within the provinces or the territorial waters adjacent thereto. Earlier, ownership of these resources vested in the federal government alone. Even in the appointment of judges of superior courts, the role of the parliament and representatives from provincial bars and high courts has been enhanced. Clearly, the emphasis in the Eighteenth Amendment is on greater participation from provinces in decision making at national level.

Before the Eighteenth Amendment, Part I of the Federal Legislative List contained entry number 16 relating to federal agencies and institutes for research, technical training and the promotion of special studies. Entry 17 dealt with Pakistani students abroad and foreign students in Pakistan. These entries have not been touched by the Eighteenth Amendment. Entry number 38 under the Concurrent Legislative List, under the common purview of the provinces and the federal government/Parliament) had curriculum, planning, policy, centres of excellence, and standards of education. The subject of ‘higher education’ was not mentioned in any of the legislative lists.

Entry 32, under Part I of the Federal list, relating to planning and coordination of scientific and technological research, has been moved to the Federal Legislative List Part II, as entry 7. Part II had no entry relating to education before the Eighteenth Amendment. Entry 38 of the concurrent list related to education as a whole so far as “curriculum, syllabus, planning, policy, centres of excellence and standards of education” were concerned. With the abolition of the concurrent list, all but one of these functions ie standards of higher education, stand transferred to provinces. A new entry, number 12, “Standards in institutions for higher education and research, scientific and technical institutions” has been placed in Part II of the Federal Legislative List.

Most of these functions are beyond the post-Eighteenth Amendment constitutional provisions. Because, one, the federal government can now have an institution for “Standards in institutions for higher education and research, scientific and technical institutions”, as mentioned in entry 12 of Part II under the Federal Legislative List; two, institution(s) established for the entry 12 fall under the supervision and control of the CCI for formulation and regulation of policies of such institution(s). Further, all the aforementioned functions of the HEC undermine provincial autonomy as well as the institutional autonomy of universities. It is for these reasons that the decision to reconstitute the HEC and reconsideration of the law governing it makes sense.

Asad Jamal is a lawyer based in Islamabad