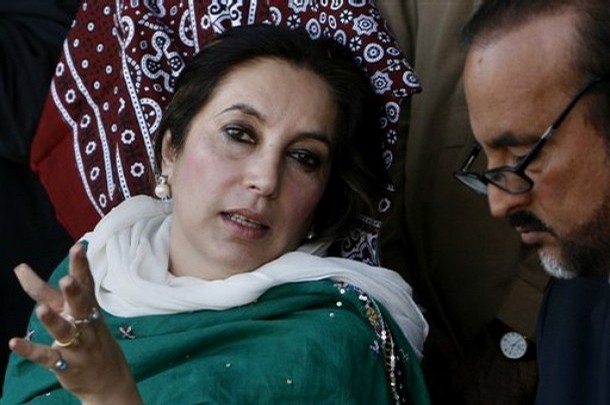 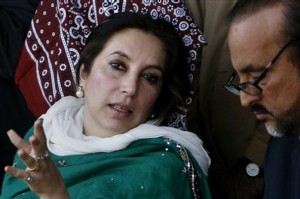 Pakistan’s former Prime Minister Benazir Bhutto, left, shares a point with her colleague Babar Awan during an election campaign rally in Mirpurkhas, Pakistan on Tuesday, Dec. 18, 2007. Bhutto sharply criticized the rule of Musharraf, who gave up his dual role as army chief last month, as a “dark era of dictatorship.” She warned that a rigged vote could push the country into “anarchy.” (AP Photo/Shakil Adil)