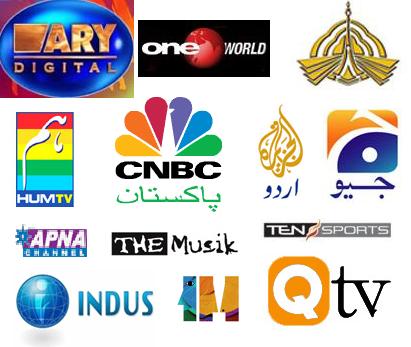 Beginning the event, “Who Watches the Watchdog? The Pakistani Media’s Impact on Politics and Society,” Huma recounted a story from July 2007. It was during this month that a standoff between religious militants and government security forces occured at the Lal Masjid in Pakistan’s capital, Islamabad.

As militants were holed up in the mosque, Pakistani journalist Kamran Khan called and urged the militants to surrender. The cleric leading the group agreed to a surrender if they were assured free passage. Kamran Khan then called the government and, for all intents and purposes, began acting as a negotiator between the two sides. This was a pivotal moment, recounts Ms. Yusuf, when Pakistani media transcended its role as an informational institution and began to leverage its considerable power to shape public opinion to become a political actor.

Looking back on this event, another perspective is key to understanding the path that Pakistan’s media has taken over the past few years. Kamran Khan’s coverage of Lal Masjid was a clumsy but sincere attempt at objectivity. But with little training and experience in covering this type of event as a free and independent media, the journalist stepped outside his role as informer and observer and became part of the story.

During the discussion session following Ms. Yusuf’s presentation, a member of the audience raised the question of whether objectivity is an illusory goal. But, as Ms. Yusuf pointed out, while pure objectivity may be impossible to obtain, that is not a justification for a failure to fact check reports or to use the media as a tool to promote a particular ideology. Journalists should, she suggested, be up front about their methodologies and contacts so that any bias that may be present in their reporting is at least transparent, leaving media consumers to judge reports on their merits.

When its media was nominally freed by President Musharraf, Pakistan experienced an explosion of media outlets. The nation now boasts hundreds of privately owned newspapers and TV channels, all competing for market share. In this hyper-competitive media environment, it is often faster and cheaper to make things up than to perform in-depth investigations. Add to this the fact that the demand for reporters is far greater than the supply of trained, experienced journalists. The average age of journalists has dropped to 23. Combine this with a lack of formal ombudsmen and weak internal or external regulatory bodies and the result is something of a perfect storm in which mistakes are bound to be made.

Unfortunately, the Lal Masjid episode resulted in another, less innocent outcome. Media executives quickly realized that militants, frankly, get better ratings. In a ratings-driven industry, that means that extremist views translate into dollars. Just as Americans complain that competition for ratings reduces the quality of television in the US, Pakistan has seen a proliferation of fringe voices on popular programming.

The question was raised as to whether some of these voices – particularly those that express frustration and anger with US policy towards Pakistan – are reflective of popular views. And, of course, some of them are. But that does not escape the fact that by dominating discussion, these voices not only reflect but shape public opinion.
The question of anti-American perspectives dominating the content of Pakistani media raised another important question: Why has the US done such a poor job of engaging this vibrant and persuasive part of Pakistani culture. As was pointed out during the discussion, American perspectives are rarely part of the daily debates in no small part because of a lack of Urdu-fluent Americans available to producers. With no Americans available to take part in the nightly debates, discussions of policy will continue to lack an American perspective.

As the US looks for ways to help build Pakistan’s democracy, one sector that should take priority is Pakistan’s media. The US should in now way attempt to exert an undue influence on the substance of reporting, but should look for ways to facilitate journalist exchange and professional development programs that can assist capacity building efforts that will improve the quality of reporting in Pakistan. The US has a long history as a democracy operating with a free and vibrant media. This experience can provide important lessons to our friends and colleagues in Pakistan. By developing a program to provide technical assistance to Pakistan’s media professionals, the US can help ensure that the Pakistani people enjoy the same diversity of views and accuracy of reporting that has been a defender of democracy and justice in the US.

Source: Americans for Democracy and Justice in Pakistan