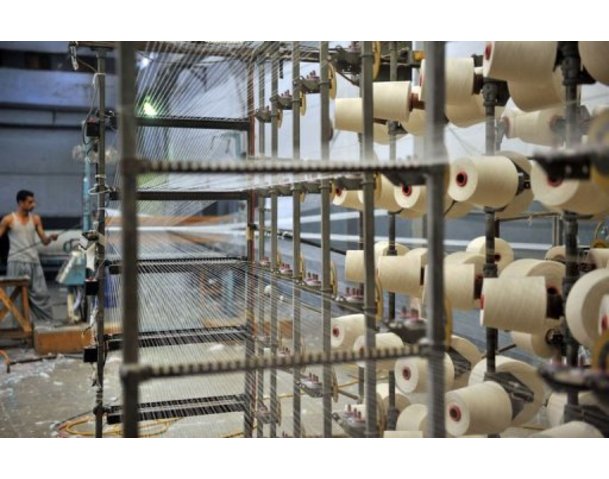 With Thanks : Daily Times

KARACHI: After a year of unemployment and wondering if his family would be better off if he died, Pakistani textile worker Murad Ali has got the spring back in his step. One of thousands laid off by textile bosses last year, the father of four is now back at work and one of those to benefit from a surge in Pakistani exports in the current fiscal year, which ends on June 30.

Experts say rising global commodity prices, a government decision to prioritise power supply to industry and currency devaluation that has made Pakistani products more competitive, have fired an export boom. Compared with the same period last year, the Trade Development Authority of Pakistan says textile exports such as silk rose 25.8 percent and agricultural produce, such as basmati, rose 6.2 percent from July to February 7, 2011.

The textiles sector is one of the key drivers of the Pakistani economy, accounting for 55 percent of all exports and 38 percent of the workforce. Bosses have rehired staff, but Ali is only getting a third of the salary as a skilled garment worker that he used to command. “I’m earning less than last year. It is difficult to live a better life due to price rises, but I’m happy,” Ali said. He has re-enrolled his sons at school but his wife will continue to work as a maid. Money is too tight for her to go back to being a housewife.

“The situation has drastically changed in the favour of the country’s economy,” said textile tycoon Mirza Ikhtiar Baig, who employs more than 2,000 workers and predicts exports will rise 10 percent for the fiscal year 2010 to 2011. “Now with demand for Pakistani products rising internationally we are employing more workers. “Our exports are getting healthier because of an increase in international commodity prices and the government’s will to give top priority to the country’s economy,” said Baig, an adviser to Prime Minister Yousuf Raza Gilani.

But behind the headlines, experts warn that the exports boom is a mirage that barely even papers over how ailing the economy really is in a country where suicide and bomb attacks have killed more than 4,200 people since 2007. Pakistan suffers from a profound electricity crisis that restricts production to around 80 percent of its needs — a situation that will only worsen as the temperatures crawl higher in the coming months. The budget deficit has grown to 5.5 percent of GDP, above a 4.9 percent target for the current fiscal year to June 30. To fund the shortfall, the government borrowed $4.4 billion from the central bank from July 1 to February 28, a move that worsened inflation, rather than raise taxes and cut spending as the IMF and World Bank would like.

Muhammad Sohail, head of the Karachi-based Topline Securities research and brokerage house, said the export boom would contribute to economic recovery, yet warned the gains were minimal. “It is very fragile because the fiscal deficit is much higher than the target of 5.3 percent because of the government’s heavy borrowing from the central bank,” he said. “The overall economic dynamics suggest that our growth rate may not be more than two-and-a-half percent this fiscal year. Independent economist AB Shahid said rising international oil prices had hit the country’s economy hard, adding $4 billion to the oil bill. Pakistan could have benefited more from 8-9 percent export growth, he said, by exporting cloth in its value-added forms. afp

A small press release is worth more than 10000 attacks by media, judiciary and Fake Civil Society
Heck, No HEC ! – by Marvi Sirmed