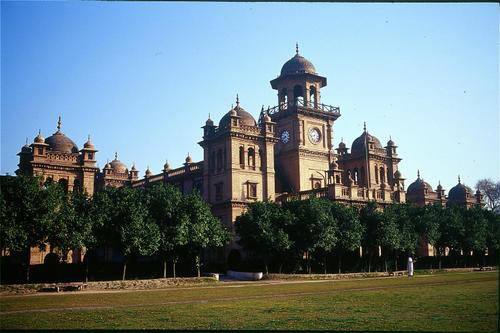 Academia, Civil Society Organizations and youth from different parts of Khyber Pakhtunkhwa and FATA passed a joined resolution on April 07 in favor of devolution of HEC under the 18th Constitutional Amendment and condemned all those anti-constitution and anti-democratic hypes for confusing the devolution of Higher Education to the provinces.

All the participants agreed upon a joint action plan to aware all the stakeholders about the obstacles created by the vested interested groups for delaying the transfer of Higher Education to the provinces.

The participants unanimously pledged to work for the protection of the constitution and the recent 18th Amendment for a prosperous federation of Pakistan. It was debated that HEC was devolved under the constitution and it is now the responsibility of the civil society to provide support to the political leadership in its timely implementation.

Members of the academia argued that fallacious arguments have been put forward through the media to confuse legal and constitutional issues. They argued that the provinces have the capacity to administer HEC and that such devolution would greatly enhance the higher education standards in the provinces.  The joint work plan agreed upon included policy recommendation regarding reorganizing HEC on the provincial level and a campaign all over Pakistan in favor of the devolution of HEC.

In this regard, university professors, students, educational professionals and civil society shall be mobilized through demonstrations, seminars and media campaign.