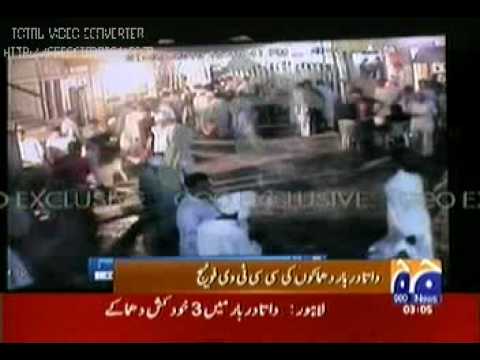 “I am standing in a victim’s house where YOU CAN SEE an eight year old and the only son of a local teacher is killed in suicide attack, yesterday. Now you can see the situation here and we are trying to have a discussion with mother of the child but AS YOU CAN SEE she is in a state of shock,” and especially, that sad background music. Well, despite the fact that no one can recover the loss of the victims but in this piece I will try to convey my ideology about these third class reporters, reporting Live from victim’s places.

They claim that there are basically three reasons why they are doing this kind of reporting. One, they want to convey these scenes to Militants like “Mr. Terrorist, if you are watching us live on TV. Please stop troubling us”. REJECTED, because ten to fifteen years old innocents are not allowed to watch TV there and their instructors will definitely watch you Live on screen in order to calculate the damage made by them.

Second, they want Govt. of Pakistan and officials to see their Live coverage like, “Mr. President and Prime Minister, please have a look and and and ahh”. I don’t have the words, like this happened due to negligence of Govt. etc etc etc. Now recently you can see that every time militants appeared our Police was on the spot and took action immediately. That saved us from any severe situation and that is why police is considered a serious target by these militants.

So after I explained two reasons, third and last reason to create this emotional crap is just to capture the attention of locals who want to see these things. Well, common man sitting in front of TV is quite simple in fact. He will never know the consequences but if we debug the Exclusive live coverage of that reporter, whose accent and behavior in front of camera is actually showing his maturity, then we got to know that somehow he is struggling to find anything worth telling in front of camera and in this era of commercialization that was the only option left for him. But just think for a moment, his Live Exclusive reporting belongs to our enemies.

Next time when any youngster left home then his mother, who is actually very innocent and simple will ask him to take care and most importantly, in a very emotional way. So, actually they are trying to distort our culture by not letting us stay together, even for an Uras Shareef at any of Sufi Shrine. Over all message what common man is getting that “don’t go to any of Sufi shrines, because last time WE SAW ON TV that victims were shown by our FAVOURITE channel.”

So this type of reporting must be banned in order to convey a message from our side that we are together against YOU and we are ready to bear all the hardships in the way of uprooting TERRORISM and EXTREMISM.