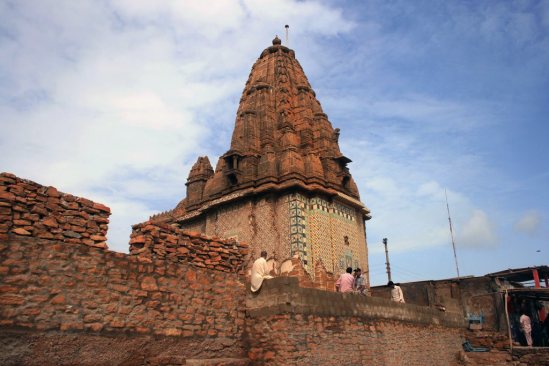 Karachi , May 12 (ANI): Belying Pakistan governments tall claims regarding upkeep of Hindus worship places and other sites, a 1000-year-old Hindu temple – Shri Varun Dev Mandir – in Monora in Pakistan is lying in a dilapidated state.

The temples caretaker has written to the concerned authorities for preserving the historical site, but to no avail.

The temples decayed appearance reflects a lack of care, and its walls and rooms serve as a toilet for visitors to Manoras sandy beach, even as humid winds are eating into the structure and the rich carvings on the walls of the mandir are slowly eroding, reported the Daily Times.

Temple caretaker Jivraj said he had written to the Manora Cantonment Board (MCB) for the records of ownership, but was told no such document existed. An MCB official told Daily Times that since the temple was in the jurisdiction of the Pakistan Navy, the MCB could not comment on it.

I have sincere hopes that the government will take care of these places of worship. Many people visit the mandir as it is the largest and most prominent attraction at Manora beach. A little bit of official or non-official help will go a long way in preserving this heritage, the paper quoted Jivraj as saying.

In the sixteenth century, a sailor named Bhojomal Nancy Bhatia discovered the Manora Island . He bought the island from Khan of Kalat. Bhatia built the temple here with a lot of craft, Jivraj said and added that the last ritual was held in the 1950s.