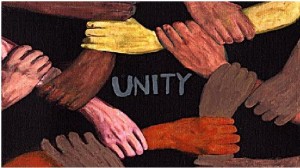 Editor’s note:  The following was sent to us by our valued contriber, Imtiaz Baloch.  In Pakistan, the chattering elites who supported the restoration of a compromised bureaucrat thought he might do something to address the missing person’s case. So far, that Islamist judge has not done anything.  This note highlights the grave situation in Balochistan.  While Prime Minister Gillani cannot go past the empty rhetoric of a promised aid package and the Interior Minister, Rehman Malik is limited to making his typical assinine and insensitive remarks, our security establishment continues to crush the genuine aspirations of the Baloch.  To serve their interests, the Pakistani military-bureaucracy combine has been crushing the spirit of the Baloch since 1948 while our urban pseudo intellectuals are brainwashed with a false narrative that portrays the Baloch as some medieval Sardar-beholden RAW collaborators.  The following post is a cry to the conscience that we cannot afford to ignore.

There cannot be a darker period in the life of a nation than the day it loses its freedom and the free will to govern itself. There is only one thing worse than slavery – the total absence of will to be free. March 27, 1948 is a day in the life of every Baloch that changed the collective consciousness of a people to a new dimension with global ramifications. The national liberation movement in Balochistan today is a struggle not only to free the nation from the yolk of colonialism but also to liberate the whole region from the forces of darkness, religious extremism, nuclear catastrophe, and terrorism.

The British occupation of Balochistan in 1839 set in motion the course of history that led to its conclusive end of enforced annexation of a sovereign nation into Pakistan. The British imperial control of Balochistan in the 19th century established the foundation of modern day military cantonment in Quetta, railway line for transporting foreign troops to the Afghan border, and setting up of telegraph lines for command and control of military incursions in Balochistan and the region. Col. Sir Robert Sandeman (1835–1892) enhanced the socio-political aspect of foreign rule over Balochistan by introducing the Sardari system also known as the Sandeman system. Sardari system transformed the social dynamics of the traditional Baloch tribal society and weakened the resistance to colonial rule in Balochistan.

Construction of military cantonments and the Sardari system were the two pillars that enabled the British to rule over Balochistan for more than a century. The Sardari system provided the social base to fragment Baloch national unity and the military setup became the tool to repress the patriotic resistance. The Pakistani civil-military establishment inherited, promoted, and augmented the twin pillars of military and socio-political structures (Sardari system) of British colonial methods of control in Balochistan. Furthermore, the factor of economic exploitation of natural resources in Balochistan was added to enhance their power over the occupied colony.

The political landscape of the present day Balochistan is a creation and continuation of the British colonial policies and powers transferred to the new masters in Islamabad. The additional dimensions of control now include Islamic state ideology, religious extremism in the form of Talibanization, and cultural genocide to eliminate all traces of national identity of the Baloch nation. The most violent forms of state terrorism are being inducted to repress the anti-colonial liberation movement in Balochistan today.

Similar to all wars of national liberation in the colonial and post-colonial era, Baloch nation’s struggle for independence is going through a period of political transformation with a constantly changing need to adjust to new realities in terms of national unity, politics, and armed struggle.  Since the first uprising in 1948 to the present ongoing war of independence, the movement has evolved in terms of national consciousness, the role of leadership, political front, and tactics in militancy. Changes on the international scene such as the end of Soviet era, and the post-911 global order have had its impact in the development of patterns of resistance to the state.

Nevertheless, Baloch nation today is still confronted with the old enemies from the British colonial days – an alien occupation army and the social constrains of the decadent Sandeman Sardari system, sowing discord and political disunity in the movement. In addition, a section of the emerging nascent middle class; an outgrowth of student activism, has been lured away by the establishment, and accommodated in civil services and corrupt political structures of Pakistan.

Despite difficulties of various natures, the Baloch patriotic elite and political cadres from cross-sections of society have succeeded in launching the fifth wave of independence movement against the state of Pakistan. The popular support for the movement amongst the youth is enormous because of the deep felt sense of injustice, state repression of national identity, and loss of empowerment over land and natural resources. The role of leadership has broadened and has become more inclusive of the middle strata, and so has the level of participation, stretching to areas such as Makran and the coastal Balochistan.

Of course, with the success of a peoples’ movement come the brutal atrocities committed against civilians. Between the years 2003 and 2011 more than 10,000 civilians including tribesmen, students, journalists, lawyers, political and human rights activists, and doctors have fallen victim to enforced disappearances, torture, extra judicial and in-custody executions, and targeted killings in the street. The gross human rights violations by the Pakistani security forces have deepened the sense of injustice and despair among the masses. The new state policy of ‘kill and dump’ of recently disappeared activists has resulted in the recovery of 130 mutilated bodies in the last six months alone. This new wave of state terrorism is aimed at creating fear in the Baloch populace and induces a condition of lawlessness/chaos, facilitating military operations and deeming it unsafe for media personnel.

The presence of 150,000 to 200,000 military and paramilitary troops in Balochistan and the construction of new cantonments have raised the fear of mass executions and full-blown genocide of the Baloch nation. This volatile situation calls for a Baloch national unity on a broad scale and on various levels to empower the nation with the means to resist state repression and gain support from the international community. We have observed in the recent weeks how mass political uprisings in the Arab world have changed the political face of the Middle East in a short period, forcing the western democracies to engage actively. Balochistan needs a powerful political voice in order to be heard in the world, especially by the West. And such a voice can only be resonated through political unity on a grand scale with the complete blessings and support of a nation behind it.

Inside Balochistan, the apparent lack of national unity is hurting the movement and making it easier for the state apparatus to prey on the unarmed political cadre who are crucial in maintaining the link between the freedom fighters in the mountains and the Baloch populace. The state has devised a policy to disconnect the armed struggle from the political work in the masses. Once the political front of the liberation struggle is disunited and weakened, it will become easier for the state to eliminate it or turn it into a confused group of individuals without a clear objective. The state machinery is already engaged in a powerful propaganda campaign of disinformation and lies with the objective to create disunity, confusion, and distrust amongst the cadres. It becomes even more dangerous for the organization when the dissemination is designed from within the ranks to produce the desired affects of trust deficit.

On this day, that marks the beginning of decades of subjugation of the Baloch nation by Pakistan, one can only hope for a political tsunami of mass uprising, as one nation, to break free from the yolk of slavery. This day invites us to contemplate on the suffering of our nation’s mothers, fathers, sisters, brothers, sons, and daughters who have lost their loved ones to the cause of freedom. The arms of the parents are now tired of picking up young mutilated bodies of the nation’s heroic sons. The families of the disappeared youths can only imagine what may have happened to their dear ones as they witness the mutilated broken bodies found in the fields.

The leader of the Algerian freedom struggle was once asked, “How does it feel to be a free nation,” he responded by opening the window of his room and pointed at a cemetery with seemingly endless rows of graves, and said, “That is freedom.”

Today the Baloch youths, political activists, and the freedom fighters understand the price of liberty and are willing to pay it with their blood. The suffering masses of Balochistan are embracing for the worst atrocities at the hands of the Pakistani army and all their hopes are pinned on the leaders who have claim over Baloch nationalism and independence. Baloch human rights groups in Balochistan, as well as in Europe and North America are struggling in the courts and international forums to put forward the cases of Baloch missing persons and submit reports on torture, extra judicial killings, and in-custody executions of activists. The limited role of human rights bodies is not going to bring any immediate change on the ground in Balochistan. In the immediate future, the western democracies and governments are the only powers that can force Pakistan and its military to stop the atrocities against the Baloch civilian population.

The West, particularly U.S. has the economic and the political advantage to assert pressure on Pakistan. The world powers will listen to the Baloch political leaders if they develop some level of understanding to address the immediate humanitarian crisis in Balochistan in a unified way. This can be achieved through a dialogue between the Baloch leadership for the sole purpose of saving Baloch lives without compromising their long-term political goals.

If we expect the world to pay attention to the sufferings of our nation, then it becomes our national duty to take the first step. If our leaders do not act now on a humanitarian level then the future mass genocide of our nation is inevitable and it will be too late to stop the process.

Baloch Human Rights Council (BHRC) believes in national unity and strives for political understanding among the various Baloch political organizations without antagonizing anyone. We respect the democratic principle of ‘agreeing to disagree’ when it comes to resolving political problems within the Baloch national movement. There can always be understanding on short-term goals of urgent political or humanitarian nature.

If civilized nations of the world have the sense to sit on the table for a dialogue regarding their national interests then why cannot we at the time of a national crisis. BHRC is not affiliated to any political party or group for the sake of human rights work and its commitment to national unity.

As a responsible Baloch human rights body, we are willing to offer our efforts to facilitate a dialogue between the various Baloch political organizations to negotiate an agenda on the single point of confronting the gross human rights violations in Balochistan including enforced disappearances, extra-judicial killings, in-custody executions, and the state policy of ‘killing and dumping’ of Baloch political activists.

Let this day be a reminder that if we fail to unite as a nation, we are doomed to remain disunited as slaves.