Notwithstanding my name, I am not a religious Molvi. I am a half-mullah, half-proxy and remain available for the service of both (mullah and military) as and when needed.

However, today, I couldn’t stop myself from being honest (for a change) after seeing the outright blasphemy to Islam committed by Messrs Hamid Gul, Imran Khan, Munawar Hassan and humnawa.

The following is not a fatwa, but as a pious Muslim (certified from Lal Masjid), these are my candid thoughts on the Islamic Qisas and Diyat and the recent release of Raymond Davis.

It pains me to see the situation in Pakistan and the harm that has been undertaken by fascist bigots who malign my faith. I personally feel that secular democracies with social welfare systems are the closest to true essence of Sharia which promotes justice, equality and equal distribution of wealth of all citizens. However, I know we in Pakistan don’t live under such a system and our leaders who were elected had to suffer death even when they tried to coopt the wild savages who dictate matters of faith these days.

Lately, I have seen the damage by the Blasphemy Law which is not even pure by Sharia standards and whose misuse has resulted in the shahadat of Governor Taseer and Minister Bhatti. However, this law exists on our statue books as does the Qisas and Diyat.

In light of the darkness that is taking over Pakistan, I have deliberated for long hours and here is my conclusion:

Raymond Davis has been freed on the basis of Qisas and Diyat. Our courts and judiciary have issued his release. Our intelligence agency has facilitated this and the main parliamentary opposition party under whose provincial government this has happened has provided legal cover and made a deal with the Americans. Furthermore, a country that is torch-bearer of Islam under the leadership of Osama bin Laden and King Abdullah has paid the blood money.

If all organs of the State and its servants are in line with the Sharia, then all those who defy this Sharia are guilty of blasphemy. They are, as per the definition of Islamic Republic of Pakistan’s legal code, defying Sharia whose fiqh is also derived from the teachings of the Holy Prophet (PBUH). By defying Qisas and Diyat, those who are committing violence are committing blasphemy.

Indeed Islamic sharia and the law is one for all, therefore Munawar Hassan, Hamid Gul, Hafiz Saeed and Imran Khan should be immediately tried for blasphemy! 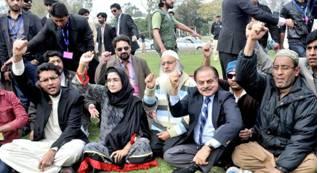 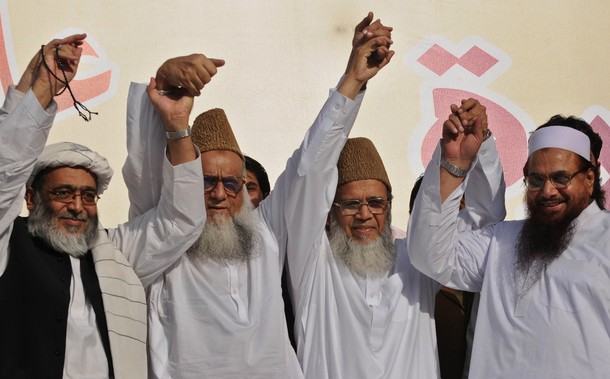