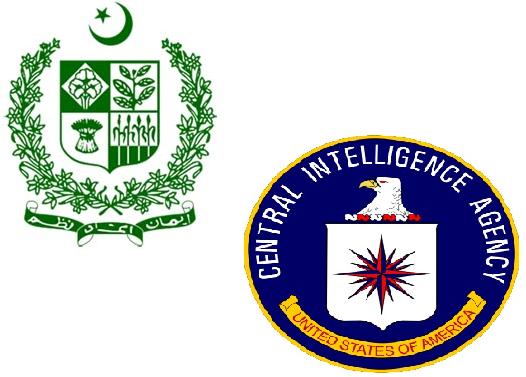 It’s not a secret anymore that the Pakistani security and intelligence establishment facilitated Raymond Davis release after the spy agency, the Directorate for Inter-Services Intelligence(ISI) succeeded in working out new terms of engagement with the CIA for operating in the country. And the release followed weeks of secretive negotiations between the US Central Intelligence Agency (CIA) and ISI, as the standoff, which had created tension between the two friendly countries, came to an end.

“It is likely that the deal to release Davis in exchange for compensation to the victims’ families was reached behind closed doors by Pakistan’s powerful intelligence agency, the Directorate of Inter-Services Intelligence (ISI) and the CIA,” said Curtis, who is a Senior Research Fellow for South Asia at the Asian Studies Center at The Heritage Foundation.

Mr. Raja Isrhad Kiyani, a Supreme Court lawyer with dubious credentials. He is the lawyer who in the missing persons’ case had presented the statement of ISI, which admitted custody of some people in front of the Supreme Court and got the issue settled. He appeared at the last minute to represent the families of victims of Raymond Davis, and implemented the script and got Raymond released.

The entire deal has been organized by the security establishment and the Punjab’s ruling party Pakistan Muslim League-Nawaz (PML-N) has been fully on board. But now trying to save his own skin, PML-N formally declared that only the Pakistan Army and the Inter Services Intelligence (ISI) played the main role in getting Raymond Davis freed.

However, independent media reports confirm that the major role in ‘convincing’ the families to accept the money was played by Shahbaz Sharif on the suggestion of some of his foreign friends/Saudi masters. One news reportsuggests that Shahbaz Sharif was active and used his old friends in the city to convince the families after some important personalities from Saudi Arabia asked Shahbaz Sharif to get Raymond released at the earliest.

A news report says that:

The ISI, Pakistan’s intelligence agency, emerged the winner in the show-down over the fate of CIA operative Raymond Davis.

The US position was that Mr. Davis was in Pakistan on a diplomatic passport, that he enjoyed all the privileges of that status and that the charges of murder lodged against him (he shot two Pakistanis, he says, in self-defense) were therefore null and void.

The ISI had Mr. Davis arrested, kept him incarcerated for nearly two months, refused to recognize his diplomatic status and finally forced the US to settle the case according to the dictates of “Sharia law.”

That required the US to pay the victims’ families over $2 million, plus provide them with safe passage to America, possibly new identities and US citizenship. It is widely assumed that if the families of the “victims” had stayed in Pakistan, they would have been killed by radical Islamists for agreeing to the arrangement that freed Mr. Davis from prison.

It is more reasonable to assume that our security intelligence establishment has sole proprietorship over most of the decisions making even in democratic era, and we perceived this situation as a threat to democratic process.

Last year, Wikileaks exposed Pakistan’s real puppet masters, and they feel they are humiliated and ridiculed, but at that time ‘Gharat mund’ media had largely ignored a key part of the story and it only focused on Politicians bashing. However, this time right wing opportunists and hate mongers are criticizing the establishment whilst allowing the US embassy officialto go free.

The Raymond Davis saga is also dispelling some common myths about the notion of an independent judiciary and free media.

Following are the video clips of the Najam Sethi’s show ‘Aapas Ki Baat’ related to story of Raymond Davis release and role Of ISI & other stockholders. Mr. Sethi described how the Inter-Services Intelligence played a major role in helping prepare the Raymond Davis release. Though I agree with the general thrust of the show, yet we are not going to be assuming that all things were prolonged in good faith and keeping public interest issues on the top agenda. It’s also worth noting that once again, ISI and Army used media and play to the emotions of ordinary citizens to put more pressure on USA to strike high level deals behind the doors.

Mr. Najam Sethi has also maintained that Shahbaz had played an instrumental role in convincing the families. He was the one who also convinced families to accept US citizenship. In the last segment of this show Sethi criticizes honor obsessed media & right winger analyst and anchors and especially criticized Mr. Ansar Abbasi’s news story, Names of 55 US suspects on the loose.

Click here to post a comment
Deny the Holocaust and go to prison – by Kourosh Ziabari
Altaf bhai invites Taliban to join hands? – by D. Asghar