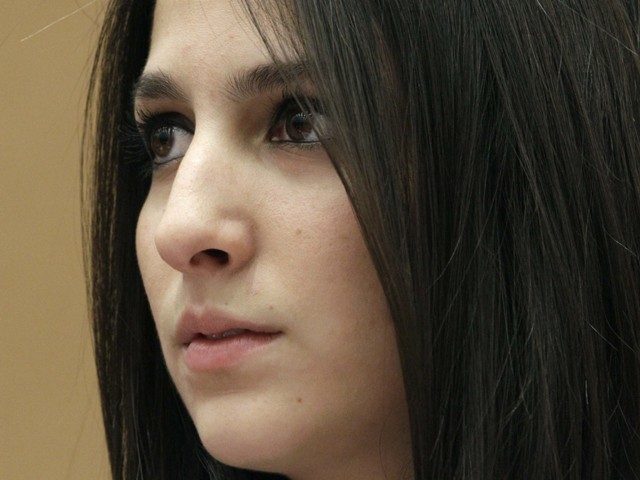 Shehrbano Taseer, speaking on the Express 24/7 show “Faceoff with Munizae Jehangir”, which aired on Friday, said that everyone is collectively to be blamed for the assassinations of Governor Punjab Salmaan Taseer and Federal Minister for Minority Affairs Shahbaz Bhatti.

She said that if it was not for the current government or the previous government appeasing terrorists, then these incidents would not have taken place.

Taseer said the rallies that took place after her father’s death made her see the ugly face of extremism in the country however the people who held those demonstrations were not a majority. “They are certainly loud, well armed and well funded but they are not a majority,” she said.

The late governor’s daughter said that she felt the media was also responsible for Salmaan Taseer’s assassination because it acted irresponsibly. She said the media gave undue space to “hot-headed right wingers, screaming bloody murder,” instead of starting a debate on the blasphemy laws.

“In a country that calls itself a democracy, the frontiers of expression have shrunk,” said Taseer commenting on the murders of the Punjab governor and the minister for minority affairs.
Taseer said that certain people have made her father out to be an evil man, but they cannot shame him; “he was a great man,” she said.

She said that she does not live in fear because that is what the terrorists capitalise on. “I am not going to give my county to them on a silver platter,” said Taseer.

Taseer informed that her family had received several threatening letter after her father’s assassination and despite requests from friends to them urging them to leave the country, Taseer said “we are Pakistanis; we will build our lives in Pakistan; we will live to better the lives of Pakistanis. We will not go anywhere.”

Taseer said she sees “unwavering hope in Pakistan,” and if everyone was to work for a better Pakistan, they would not see the fruits of it tomorrow, but they will in the next 20 years or so.

She said that her Pakistan “is a progressive Pakistan” and it will move forward.

My father was up against a clerical tsunami: Shehrbano Taseer


There is a cancer of terrorism in Pakistan: Shehrbano Taseer

The extremists are not a majority: Shehrbano Taseer