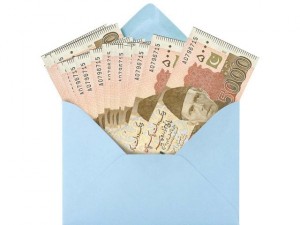 From the very outset, let me be very clear that corruption, kickbacks, facilitation money etc are not condonable; however, being realistic, it cannot be done away so easily through either a law or simply pursuing individuals.

If one takes a rational look at things, financial corruption can be divided into two categories: where money or other favours are given to people in power to get future benefits (like paying a chain of people for tenders, contracts, licences, etc) or pay a single person responsible for illegally holding your due right (like paying off a clerk who gives out your pension). Unfortunately in emerging economies of the world, both types are rampant.

It is also important to realise that paying up facilitation money or kickbacks by businessmen is prompted not by necessity but because of the value they see in the trade off. Paying up a million rupees to get benefit of a hundred million is not a bad deal. When it comes to making an investment, businesses decide as per their objectives ie short, medium or long term nature as well as the geographies.

The emerging economies of the world have a sizeable population of which a significant majority is youth. Education levels are on the rise. There is need to have substantial investment in infrastructure and a necessity to open up to the rest of the world for investment. By opening up investment in some sectors, it is meant that control of state owned corporations or some families is to be loosened. These few factors allow for an investment thesis to be made, therefore, allowing the likes of China, India, Brazil, Turkey, Russia, Bangladesh, Indonesia, South Africa , Egypt to be considered as investment destinations. All these nations have a population of more than 75 million, their populations are growing and their sectors are being opened up for investment. Can anyone deny that for investments in key sectors, kickbacks and facilitation money is not paid in these countries? A foreign investor takes a strategic decision of investing in a country based on the value offered by the business and market than the amount of kickbacks to be paid.

Let us look at the recent 2G Spectrum Allocation scandal that arose in India. It is estimated that by selling the licenses and undercharging for spectrum allocation to mobile telephony companies, approximately $38 billion was lost by the Indian exchequer. Though the focus of investigations have been the politicians, it is important to note the corporations that are currently holding the 2G licences in India and whose names have been included in the scandal. They are no ordinary names. Names like Vodafone, Sistema Mobile Russia, Etisalat, Telenor, Anil Ambani’s Reliance Communication, Tata Communications, Videocon Telecom etc have been surfacing as beneficiaries of the 2G licences and allocations. Though charges of corruption are being investigated, one must look at the underlying circumstances.

India had as many as 730 million mobile telephone subscribers as of November 2010. With an Average Revenue Per User (ARPU) per month estimated at $4.6, you get a potential annual revenue of $40 billion for the mobile telephone operators. It is also estimated that by 2013, India will have nearly one billion mobile subscribers. Assuming that the ARPU may fall to $4 per month, we are still looking at potential annual revenue of $48 billion.

Connect the dots and you can see why businesses and investors are willing to share the bounty upfront with people in power. Ask any of the operators if they would pack up their businesses to defend their integrity, they probably would not. In fact, one of the business leaders of India, a multi billionaire has petitioned for respecting his privacy and demanded accountability of the leaks at the government level.

Come to Sri Lanka, a country that was ravaged by internal strife for nearly three decades. Business activity and foreign investment remained limited for a very long time. However, the victory over the Tamil separatists has made Sri Lanka an investment opportunity. Since May 2009, the Colombo Stock index has risen by nearly 300 per cent. New hotels are being announced with the likes of Shangri-La opening up a 7-star hotel in Colombo. Fertiliser, power and sugar industries are being established. Joint ventures are being signed. Can one say there are no kickbacks there or any facilitation money being paid? A Sri Lankan friend of mine simply says, “We want development in our country and increase in our worth. That can only happen when investment flows in to the country. We all get a share of the pie.”

By giving the examples of India and Sri Lanka, one needs to figure out where Pakistan is right now. We have a large population of nearly 180 million. We have a GDP of $170 billion approximately. We have had a largely liberal investment policy. Our privatisation programme was also going very well till that ill-fated rescinding of the Steel Mills privatisation. What we hear is that everyone from politicians to media to judges pinpoint “corruption” as the root cause of all evils facing Pakistan, however, they do not realise that investors and businesses are often willing to pay kickbacks and facilitation money as they see future value in doing so. If I am wrong, can one identify any multinational company in the country having exited Pakistan in the last one decade, citing rampant corruption as the reason? What we need is political stability, willingness to take right decisions and most importantly security. A successful Pakistani businessman brilliantly summed it up, “We can generate electricity by having a generator in our office. We can pay off some income tax inspector to get him off our back, but we cannot operate at the risk of our lives.”