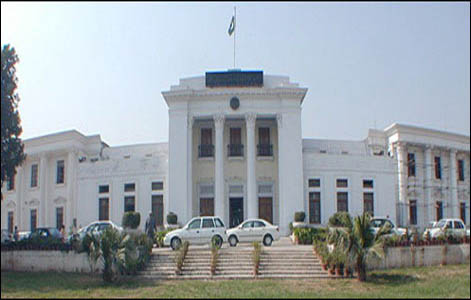 Pakhtun Leadership (both politicians and civil society) should stand with any one who helps them achieve for Pakhtunkhwa a complete and unadulterated regional autonomy. Without such an autonomy, Pakhtuns are doomed to social, cultural and economic slavery.

The current structure of Pakistani state is highly centralized, which demands its diverse nationalities to forget about their respective identities and adopt the “Pakistani identity”, which in effect is Punjabi identity at the cost of the smaller nationalities. 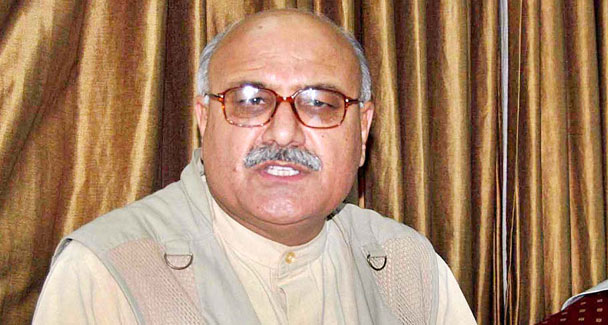 The Pakhtun Leadership should stick to its guns and should not compromise on the following:

A new constitution – to replace the current highly centralised one – which provides for all powers to the regions except defence, foreign affairs and currency. These three subjects should be administered by a governing board consisting of equal membership from Sind, Baluchistan, Punjab and Pakhtunkhwa.

Foreign Policy goals: The Pakhtun Leadership should insist on the formulation of a foreign policy which reflects the aspirations of all the four major nationalities. The current foreign policy, the one in which the US, India and Afghanistan are the enemies, does not reflect the perceptions and choices of all the nationalities inhabiting Pakistan. Have we ever considered the question whether the Pashtuns and Baluch consider these countries as enemies? Or are enemies imposed on them? Therefore, a truly representative body of all the Pakistani nationalities should sit together and decide on friends and enemies.

Appointment of Provincial Governors: Another issue that the Pakhtun Leadership should take up with the “centre” is the issue of appointment of provincial governors and bureaucrats by Islamabad. Such a practice is against the spirit of federalism and Pakhtuns’ national dignity. Pakhtun Leadership should insist on discontinuation of this practice. Under the current dispensation, the “centre” interferes with the internal affairs of the different Pakistani nationalities. Therefore, this practice should be discarded forthwith.

Proportion in Parliament: The current (1973) constitution allows the more populous province to dominate the federal parliament. Members to the all-powerful national assembly are elected on the basis of population. Punjab having 56 percent of the population, dominates the federal parliament and has the power of veto in legislation. This breeds hostility among smaller nationalities and the Pakhtun Leadership should insist on discarding the system under a new constitutional arrangement. It should advocate Pashtuns’ right of national equality in the national assembly. In a country like Pakistan, which is inhabited by diverse nationalities with different population figures, the parliament should reflect equality of nationalities (as opposed to equality of individuals). The simple democratic principle of one-man-one-vote cannot be applied in federations like Pakistan where the smaller nationalities are very sensitive to domination by the larger one. Therefore, the larger nationality – Punjabi –  must agree to giving up its claim to membership in parliament on the basis of population in favor of the principle of the equality of nationalities. This it should do for the sake of the solidarity and national integrity of Pakistan. The smaller nationalities – Punjab must know – will never care for the “solidarity and national integrity” of a Pakistan which is dominated by Punjab.

Defense Budget: Another crucial issue which needs to be actively pursued by the Pakhtun Leadership is that of defence budget. It should insist that the new constitution provides for a parliamentary committee with equal number of members from all the Pakistani nationalities to decide on the size of defence budget. The current high defence budget is based on unilateral enemies, mythical and wrong threat perceptions which are determined mainly by the dominant Punjabi nationality, and is not sustainable. Once the threat perceptions and enemies are determined by a representative committee, that will automatically reduce the current “threat” levels and will enable to reduce the current un-realistic defence budgets.

Scholarships by the Army: The Pakhtun Leadership should take-up the issue of brain-washing of Pakhtun children by the Pakistani military in the name of “scholarships”. The army has recently started a drive in which they select bright Pakhtun boys and enlist them in various schools run by the army in order to brainwash them into accepting the islamist-paki narrative. The aim of this drive is to make these children forget about their real identity and adopt the manufactured “paki identity” which demands that they accept a monolithic centralized state with its ideology as islam, language Urdu and identity “pakistani identity”. The Pakhtun Leadership needs to take this issue up at the highest level and reclaim the lost Pashtun siblings who are the future of the Pakhtun nation.

Representation in Institutions: In the present highly centralized state of Pakistan, all the federal institutions are overwhelmingly staffed by the Punjabi ethnic group. These include the armed forces including navy, army and air force, the autonomous commissions including public service commission and the election commission, media institutions including Pakistan television, radio Pakistan and electronic media regulatory authority, think thanks including the Institute of Regional Studies, Policy Research Institute and Institute of Strategic Studies etc etc. The Pakhtun Leadership needs to do everything in its powers to make sure that Pashtuns get a fair share of employment in all federal organizations.

Public Offices: The high federal offices including President of Pakistan, Prime Minister, Chief of armed forces, judges of supreme court, presiding officers of senate and national assembly, chairmen of federal autonomous institutions, ambassadors and consul generals etc etc are far too often occupied by ethnic Punjabis or muhajirs. The Pakhtun Leadership needs to emphasise that the new constitution provides for an equitable representation for the Pashtuns in all these offices. The matter of making the offices of president, prime minister, chiefs of armed forces, judges of supreme court rotational, needs to be taken-up by the Pashtun leadership with the “centre”, so as Pashtuns can hold these offices for equal number of years as any other Pakistani nationality.

Representation in Foreign Offices: Apart from ambassador or a consul-general in a foreign mission, a host of lower-level officials work in embassies and consulates. It is noticed by (Pakistani) Pashtun diaspora that they very rarely see any ethnic Pashtun in Pakistani embassies and consulates in foreign countries. These officials either belong to Punjab or they are Muhajirs (immigrants from India). These employees draw salaries in dollars according to international standards. The Pashtun leaders and intelligentsia needs to focus on this issue and make moves towards achieving for Pashtuns adequate share of jobs in foreign missions. 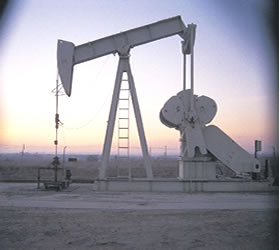 Pakhtuns territorial integrity: Pakhtun leadership should insist that the new constitution brings to an end the division of Pakhtuns into  Khyber-Pakhtunkhwa, Baluchistan, the districts of Mianwali, Attock and Dera Ghazi Khan in Punjab, and the Federally Administered Tribal Areas, and amalgamate the same into a single autonomous entity within the Pakistani federation. This division has no sense whatsoever. It just engenders feelings of hatred among Pakhtuns towards the Pakistani federation.

Education: Nations risk downfall without proper education, an education with roots in its own history and identity. Therefore, the Pashtun leaders need to focus on education. it needs to develop a curriculum that is taught in Pashto and that reflects its national identity. Pashtun children need to be taught about their history, culture and heroes. The present education system which is administered by the “centre” has played havoc with Pashtun identity, culture, history and heroes, at the cost of others’ identities. The current education system is deliberately designed so as Pashtun children hate their heroes, history, language and culture – in effect, hating themselves – without knowing it. This has already done a lot of damage to Pashtun nationhood. Pashtun leadership need to take urgent steps to first stop this dangerous phenomenon and subsequently reverse it, to finally be replaced by a true “Pashtun education system”.

FOOTNOTE: Let us make no mistake: Pakistan army – if it is given a choice – will prefer to hand-over Pakistan to Islamist militants than allow regional autonomy to Pakhtuns (this process seems to have already started given the ascendency of the many islamist lashkars in Punjab under the very nose of army.) Therefore, the challenge to Pakhtuns is formidable, but the stakes are very high. They do not have the choice to fail, for failure in this crucial struggle for them means death as a nation. They indeed face the proverbial “do or die” situation.

Baryal Utmanzai is a freelance writer, he can be contacted at baryalutmanzai@gmail.com.