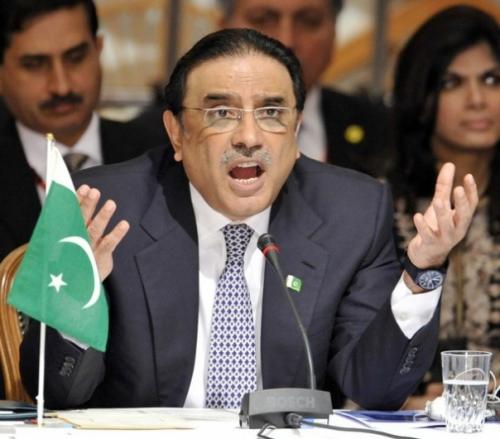 Rehman Malik has yet again scattered his pearls of illogic by saying that the interior ministry was planning to impose restrictions on artists, journalists and students on scholarships travelling to India. They will now have to seek a no-objection certificate (NOC) from the ministry. Initially, it sounded as if he meant everyone visiting India. It seems so reminiscent of the Zia days. More important, I wonder what the president has to say in his defence when he had reminded a year ago some civil society members that, they were constantly pestering him to revoke the blasphemy law and improve relations with India. Creating space in the religious discourse and improving relations with regional states is critical for Pakistan’s own growth and development. Since the end of the 1980s, every government seems to have realised this logic. Or was it a different Asif Zardari than this one who seems to have gone in hiding and so allows his interior minister to shoot himself and the entire nation in the foot? Or is it that the president is too scared to implement what he had reminded the civil society members of? We know that his party is completely divided on supporting Taseer and may be in a greater fix on improving ties with India.

Such restrictions on artists , students and journalists are ridiculous and give the country an image of a state with an iron curtain just like the one that the former Soviet Union had during the days of the Cold War. Everyone has the right to travel around freely. Unless the government employs these people, they are private citizens who sell certain services and it gives the country a good name when they perform abroad.

The government may or may not have any contribution in training these artists or making them famous. In any case, why should the government care about its citizens making a fool of themselves while they are abroad when it has no qualms about great names like Mehdi Hassan living a life of poverty and in ill-health. Let’s be honest, it was only after Rahat Fateh Ali made his way to a bigger market in Bollywood that he got noticed in Pakistan and outside.

Why such a show of aimless ego when the government doesn’t care about the thousands of Pakistanis that travel or live abroad? Or will Rehman Malik impose a condition on all Pakistanis travelling abroad to seek an NOC just because some are found to be involved in crimes in other countries? After all, people may or may not engage in activities in the future that would eventually put them in trouble or embarrass them. But they do not necessarily become the government’s responsibility. In any case, if Mr Malik is so peeved about the state’s honour and wants to regulate the behaviour and personal lives of citizens, he may also look into disciplining the numerous militant organisations that create trouble abroad. This might help the state’s image more than anything else.

The interior ministry does not even have the infrastructure and system to impose such a law. Such restrictions at best will ensure that Pakistani artists don’t get invited abroad.

The interior minister is possibly trying to make the establishment happy. But then, isn’t he supposed to take his cue from Asif Zardari? Or is it that the president himself has changed the way he used to think about peace and stability in the region and changing relations with neighbours?

I am also reminded of Shah Mahmood Qureshi’s first visit to the UK as a foreign minister. The Pakistani high commissioner gathered a few individuals from think tanks and some journalists for a dinner meeting with the foreign minister. Later in the evening, the foreign minister rose to give his speech. He passionately spoke about his desire to make his first trip to India and improve relations with them. It all sounded good except that the defence, air and naval attaches sitting on my table did not see eye to eye with him. Clearly, their brief was different from Qureshi’s. It was not too long before he also started following the brief from the GHQ rather than from his party’s leadership. Now it appears that other ministers have gone the same route. A similar restriction was introduced under Zia’s rule which was fought back and removed through the efforts of Benazir Bhutto. It would help if someone saw the illogic of the above decision.