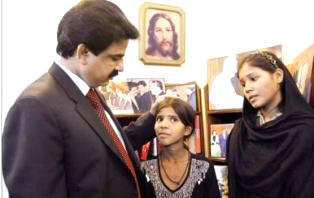 “Comrade when you were resisting the empire in westminister with Hollywood celebrities Bhutto’s were being murdered along with the working class workers of the party . That’s what made them leaders . So that you can write novels about them and make films on them and earn millions and than falsify facts.”

Click here to post a comment
Pakistan: A country created & being destroyed in the name of religion – by Aziz Narejo
Shahbaz Bhatti martyred by extremist Deobandis – by Amjad Rashid