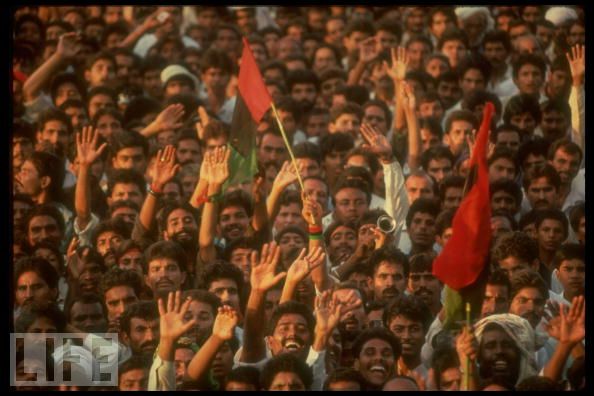 It has increasingly been noticed that whenever there is a setback, a certain class of people purporting to be liberals whom we cover as Fake Civil Society or FCS as lovingly call, begin blaming the victim.

When Mohtarma Benazir Bhutto was assassinated, the victim i.e. the PPP and her husband was blamed to be the killer. All sorts of conspiracies were hatched as to who opened the sunroof, where did the escorts go, who called her last on her phone etc.

When Salmaan Taseer was assassinated two months ago, his own acts were blamed for his demise while his party was lambasted for not having stood with him.

Another courageous man, Shahbaz Bhatti, a Christian but more importantly a Pakistani was killed two days ago. Again the PPP and its government is being blamed for not having provided security to its under threat people. Those who have bullet proof cars are considered as in austere whereas as those killed for not having a bullet proof car are termed to have been killed by their own.

Amongst the many criticism towards the PPP includes that it has forgotten its leftist-liberal ideals and is playing in the hands of the right wing. Point well taken considering the government announced no plans to repeal the Blasphemy Laws and in light of irresponsible statements by Rehman Malik and Babar Awan, playing to the galleries. On the other hand, the right wing ensured that it got a chance to revive itself and hold demonstration after demonstration on a matter, if not dead, but at least buried.

In a program that was recorded earlier but telecast after the assassination of Shahbaz Bhatti (Off the Record, March 3, 2011), Kashif Abbasi raised pertinent issues on the division of left and right and more importantly the farewell to logic by our media and right wing politicians. The program had former PPP Information Secretary, Fauzia Wahab and eminent journalist, Rauf Klasra representing the liberal-left and Rana Sanaullah and Farid Ahmed Paracha representing the right wing. The program can be seen below:

The program has very clearly offered the PPP and PMLN’s perspective on religious tolerance in Pakistan. FCS, please see the program and wonder whether the PPP is shy of stating its stance on tolerance. Has the PPP surrendered, compromised or appeased the right wing? Please let us know.

Click here to post a comment
Blasphemy: Does the Holy Qur’an approve murder? – by Shiraz Paracha
Zardari’s dilemma: Between blood, revenge and legacy of martyrs – by Ahmad Nadeem Gehla